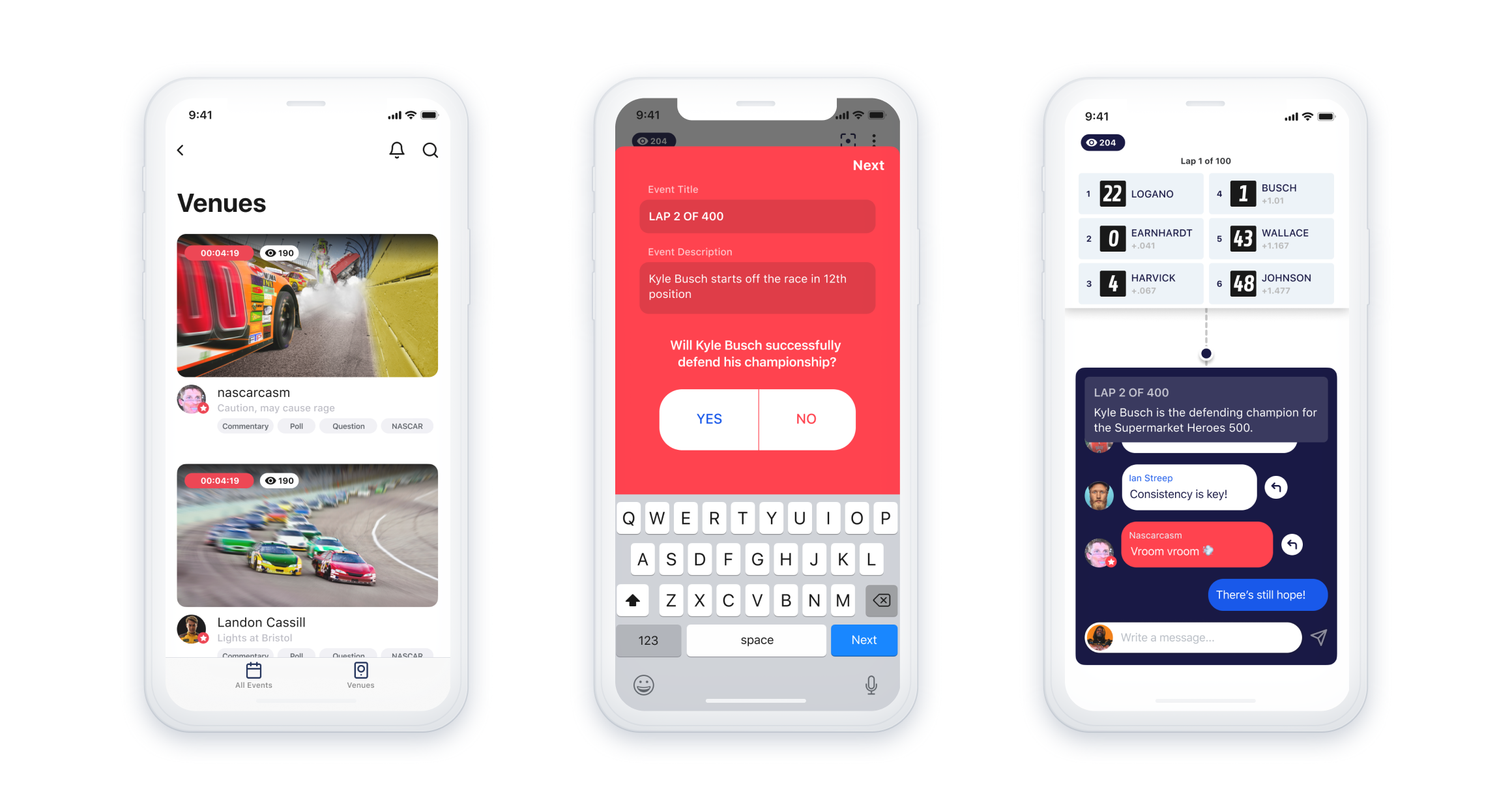 Facebook, which seems to be on an app launching spree, has rolled out ‘Venue’, a new iOS and Android app through which it hopes to “bring passionate fans and expert commentators together to experience live events in a new interactive way.”

Facebook’s Venue will look to capitalize on the emphasis around live streams that has been spurred by the Covid-19 pandemic.

The new app was understandably rolled out for NASCAR races earlier today. NASCAR is among the first major sports to return to events in the US despite lacking that ability to host a live audience.

Launched by Facebook’s New Product Experimentation Team, the app isn’t meant to live stream the events it features but instead will serve as a platform where users can openly talk about them as they happen.

It allows users to engage with content from expert commentators like journalists, analysts, or ex-athletes during an event as updates funnel into the app in real-time in the form of notifications called ‘Moments.

Fans are notified whenever a new ‘Moment’ is created so that they can hop in and out of Venue if they want to. With Venue, fans can stop scrolling or searching to find the exact moment everyone is reacting to, Facebook said.

On Twitter, everyone chips in during a live event. On Facebook, the commentators and experts chosen for a given event hosted in Venue will chime in with their takes.

So today during the race at @BMSupdates we’re trying this cool new thing with this cool new app called Venue – available for IOS and Android. Download and I’ll see you all on there right before the green flag! #NASCAR pic.twitter.com/mxwgVJMciwMay 31, 2020

Second-screening has become very pivotal for live events, especially sports. A research study from Facebook a few years back said that  about 94% of viewers keep a smartphone on hand while watching live TV.

With Venue, fans can then split their attention between the ongoing event and their phones.

Most of the social interaction platforms have been trying to figure out the best case for this, but as of now Twitter seems  to be ahead.

An early opinion on Venue by a Twitter user was not all that flattering.

Venue is the third app launched by Facebook in under a week. This is after a collaborative music video creation app was launched to take on TikTok as well as another for voice-only group calls.