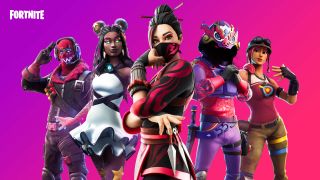 If you’re an avid Fortnite player, then you probably want to know which Fortnite skins you’ll be getting your hands on in the near future. After all, who says you can’t be deadly and fashionable? Fortunately, Epic Games is constantly adding new skins to Fortnite Battle Royale, be it a collaboration with a pop-culture brand or one of its own characters.

The most recent Fortnite seasons – Season 4 and Season 5 of Chapter 2 – have been particularly hectic, with new cosmetics dropping nearly every week. It can be hard to keep up sometimes, but we’re here to help out.

We’ve rounded up every Fortnite skin we expect to land in the battle royale in March 2021, including both skins confirmed by Epic Games and those which are rumored – but don’t worry, we’ve clearly signposted which are which. So, read on for all the Fortnite skins we expect in the near future.

After being teased by an in-game Zero Point portal as well as a few cheeky pictures on the Epic Games Twitter account Ant-Man has been added to Fortnite. Given that Season 5 is nearly at a close he is likely to be this season’s last bounty hunter summoned by Agent Jones and the last collaboration outfit for a bit.

The Marvel hero can be purchased from the item shop right now for 1,500 VBucks, or in a bundle for 1,800 VBucks with a pickaxe too.

Following a reveal on his YouTube channel, more details about Australian Youtuber Lazerbeam’s Fortnite skin have been revealed. Inspired by his pre-influencer years as a builder, the set also includes many references to Lazerbeam’s online career – such as the ‘code lazar’ tattoo and overuse of yeet.

The whole set could be won by competing in the Lazar & Fresh’s Super Knockback tournament on March 3, though you can now purchase the skin later on from the Item Shop.

Epic announced the upcoming Switch Cup 3 taking place on March 9, 2021. The tournament will be exclusive to players on the Nintendo Switch and will take place over one 3-hour window where you’ll be able to earn points based on how well you play across ten matches.

Top-performing players will win the Cyprus Nell skin – who appears to be a male version of Reese from the Chapter 2 Season 5 Battle Pass. While this is not confirmed by Epic it is likely that Cyprus will be available in the Item Shop after the tournament.

Continuing Epic Game’s collaboration with superhero comics, a Batman/Fortnite: Zero Point collaboration is on the way. This six-issue miniseries will not only expand on the Fortnite lore but will include codes for in-game items such as the Rebirth Harley Quinn skin.

You can snag these items for yourself by purchasing the comic books as they release from April 20 through to July 6 or by subscribing to DC Universe Infinite in the US.

Potentially continuing the tradition of gender-swapped versions of pre-existing skins, we have the rumored arrival of Marigold – who will be a female version of Midas from Chapter 2 Season 2. She will apparently be part of the Golden Touch Challenge Pack which should include cosmetics and VBucks, so expect the pack to cost money and not the in-game credits.

Trinity Trooper – Not from the Matrix

A rumored ‘Trinity’ skin has had its name updated to Trinity Trooper, sorry hopeful Matrix fans. With all of the film references cropping up in Chapter 2 Season 5, many people thought we’d see a Matrix crossover, with Neo and Agent Smith headed to the loop, but that hasn’t happened yet. Trinity Trooper will likely be available in the Item Shop for 800 VBucks like other uncommon skins.