Fortnite’s endgame: why an Epic fight with Apple and Google could lead to major changes fortnight chapter two 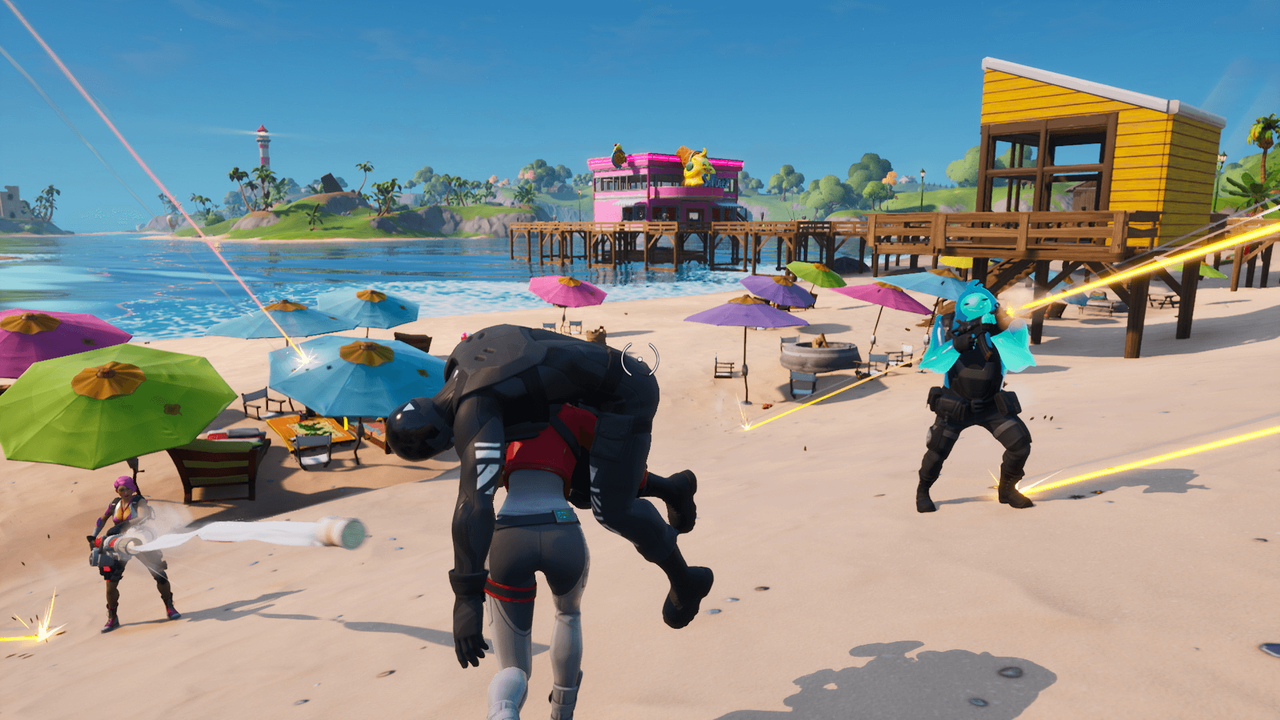 It didn’t take long after Fortnite tried circumventing the App Store’s 30% cut before Apple yanked the game off its platform, and Google off the Play Store too. But now that looks like it all went according to Epic’s plan: the gaming giant immediately filed lawsuits against both Apple and Google decrying their monopolistic practices and started riling up gamers to complain to the App Store owner.

So what is Epic’s master plan? Judging by the lawsuit Epic Games filed against Apple, it’s not to reduce the cut taken through the App Store. It’s to shatter Apple’s control over what software is and isn’t permitted on iOS as well as how consumers pay developers for it.  Epic submitted a second lawsuit against Google, though without nearly as much fanfare, and with roughly similarly-stated goals: ending alleged monopolistic and anti-competitive practices.

in a roundabout way, breaking Apple’s and Google’s control could allow Epic to launch its own app store on iOS and Android – which could possibly be an extension of the PC-based Epic Store on mobile. Which Epic CEO Tim Sweeney actually said he wanted to do back in June.

Let’s start with what Epic isn’t asking for, as seen in paragraph 21 of the Apple lawsuit:

“Epic is not bringing this case to recover these damages; Epic is not seeking any monetary damages. Instead, Epic seeks to end Apple’s dominance over key technology markets, open up the space for progress and ingenuity, and ensure that Apple mobile devices are open to the same competition as Apple’s personal computers. As such, Epic respectfully requests this Court to enjoin Apple from continuing to impose its anti-competitive restrictions on the iOS ecosystem and ensure 2020 is not like ‘1984’.”

That’s actually the second snide reference to Apple’s famous ‘1984’ Superbowl ad the company made – the first was a spoof video Epic released that replaced the iconic hammer-throwing heroine with a Fortnite character who tossed a unicorn axe (a signature weapon from the game) into a screen dominated by an apple-headed authoritarian:

Not very subtle – and neither was Epic’s subsequent call to action urging gamers to complain to Apple on Fortnite’s behalf. There’s even a hashtag.

Which is all to say that Epic carefully prepared a campaign of social influence (and legal pressure) to simultaneously attack the App Store’s software hold on iOS devices while also playing the victim to the passionate Fortnite playerbase.

This extensive effort seems like overkill if it’s meant to simply pressure Apple to lower its 30% cut – instead, much of the language of the lawsuit brief attacks Apple’s monopoly on both software distribution (through the App Store) on iOS and the in-app payment process. And then, in paragraph 16 of the Apple lawsuit, Epic lays it all out:

“But for Apple’s illegal restraints, Epic would provide a competing app store on iOS devices, which would allow iOS users to download apps in an innovative, curated store and would provide users the choice to use Epic’s or another third-party’s in-app payment processing tool.”

While Epic’s lawsuit against Google has similar language, it also has a couple of relevant and revelatory Android-related allegations that the company was slated to get its own app stores on OnePlus and LG devices, but for Google: “Epic struck a deal with OnePlus to make Epic games available on its phones through an Epic Games app. The Epic Games app would have allowed users to seamlessly install and update Epic games, including Fortnite, without obstacles imposed by Google’s Android OS. But Google forced OnePlus to renege on the deal, citing Google’s “particular[] concern” about Epic having the ability to install and update mobile games while “bypassing the Google Play Store”. “

Epic is juicing up the sympathy across the board. In the lawsuit, the company insists that Apple’s App Store as it stands is anti-competitive and monopolistic, calling Apple’s cut ‘an oppressive 30% tax;’ to players in its FAQs, Epic has laid the blame at Apple’s feet, saying it’s blocked Fortnite, is preventing updates, and is essentially keeping gamers from saving money. And to developers, Epic is indicating that its fight is not just for a better rate, but to change the iOS status quo to ostensibly benefit all.

“Epic is not seeking monetary compensation from this Court for the injuries it has suffered. Nor is Epic seeking favorable treatment for itself, a single company,” the Apple lawsuit reads. “Instead, Epic is seeking injunctive relief to allow fair competition in these two key markets that directly affect hundreds of millions of consumers and tens of thousands, if not more, of third-party app developers.”

And who better to provide that competition than Epic? After all, it already faced down another titanic storefront – Steam – to carve out its own territory on the PC market.

Epic first announced its plans for an Epic Store in December 2018, and the conversation quickly became Epic Store vs. Steam, a competitive energy that the newcomer encouraged by poaching upcoming games as exclusives to add to its sole studio hit, Fortnite, to draw players.

Epic sacrificed revenue in order to attract developers to its platform by promising a 12% cut of sales instead of Steam’s baseline 30% take. But CEO Tim Sweeney added swagger to the competition by challenging Valve, claiming the Epic Store would open its exclusives to other storefronts if Steam would reduce its cut to 12%, too. Argumentative and successful: by January 2020, the Epic Games Store had collected $680 million in revenue, per GameDaily.biz.

Epic has catered to developers in order to grow the Epic Store, so it’s no surprise to see them making the same style of appeal – breaking open a monopoly for the good of all – on the mobile store battlefield. And unlike smaller developers, Epic has the war chest to campaign – perhaps not to the astronomical heights of Apple’s alleged $1.5 trillion worth, per Ars Technica, but given its recent funding deal valued Epic at $17.3 billion according to CNBC, the gaming titan behind Fortnite can afford to trade blows.

At the end of that clash might be space for Epic to open its own stores on both iOS and Android, which could end up being the competition that drives down cuts store owners (including Epic) take from developers. But it would also, undeniably, make Epic more money. It’s important not to ignore the gaming giant’s self-interest amid its rhetoric campaigning for freer markets.

Even if the App Store reigns unchallenged, can there still be change?

Even if Epic doesn’t manage to open its own store on iOS and Android, or even open both mobile platforms to alternative ways to sell apps, the effects of the struggle between all three companies could lead to big changes in the App Store and Google Play Store.

It also means potentially opening up the App Store to more flexibility in revenue cuts. When Apple CEO Tim Cook testified before the House antitrust subcommittee in July, he insisted that ‘we apply the rules to all developers evenly’ – but the subcommittee’s investigation revealed that the tech giant offered Amazon a special deal in 2017, knocking the 30% take down to 15% to get Amazon Prime Video on the App Store, per Bloomberg.

In the 12 years since the App Store launched, Apple’s software marketplace has cracked down on unsafe apps to the point that anything downloaded is nearly guaranteed to work and won’t install harmful malware. It’s easy and safe to shop in Apple’s walled garden. And yet, developers still chafe against the rigid and antiquated revenue cuts that are far higher and its payment options less flexible on the App Store than other digital marketplaces.

Even if the Epic Games Store doesn’t get a foothold on iOS and Android, Epic’s slugging match with Apple and Google could lead to changes in both platforms’ stores that no other outfit has yet accomplished.