Google Chromecast 2020 will have a remote, if these photos are accurate 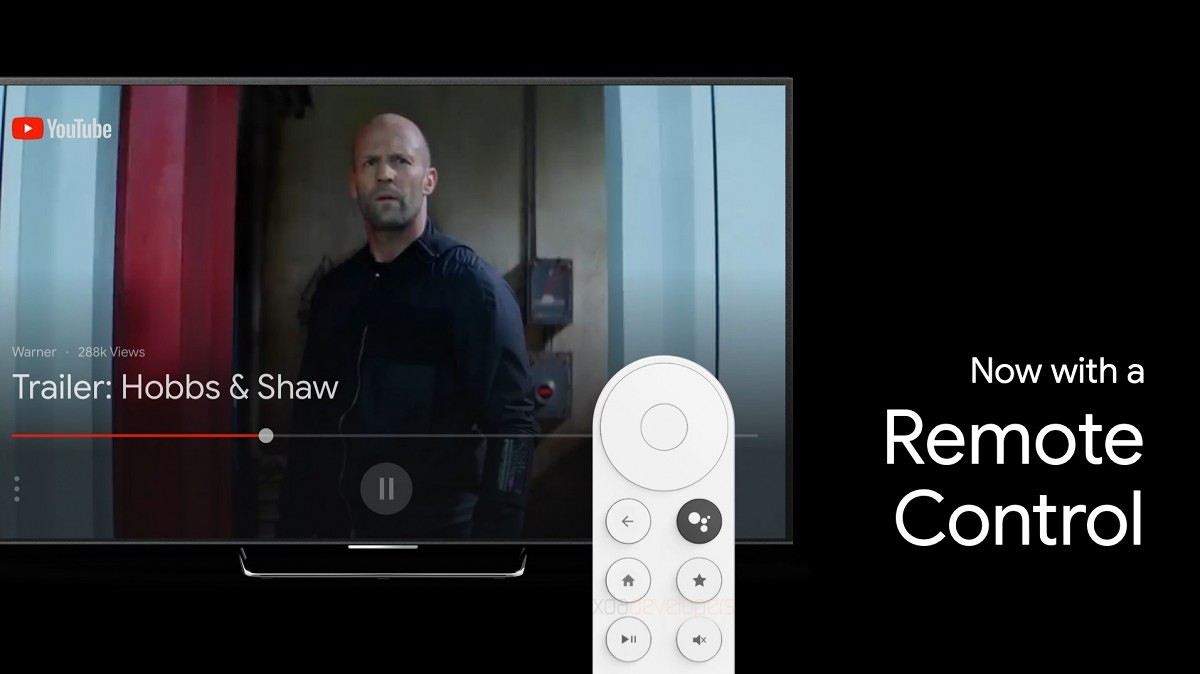 Reports began circulating earlier this year about a new Google Chromecast device with a remote and Android TV built-in, and now, new photos have emerged today that seem to corroborate those reports.

The images in question come from XDA and XDA Recognized Developer deadman96385 who found an ‘out-of-box experience’ video for the device (codenamed Sabrina) in a pre-release Chromecast firmware build.

Based on the images, Google’s new streaming dongle has taken on an oblong shape, but retains many of the same design cues from previous versions – namely the embossed G in the middle of the device and the all-matte colored exterior.

Photos for the device show it in three different colors – white, black and peach – as well as the anticipated Android TV remote with a circular navigation wheel popping up in one of the photos as well.

Neither XDA nor the XDA developer could provide a ton of details on the specs of the platform based off the source code, however the publication did find out that it will be running an Amlogic SoC that can support Dolby Vision playback.

Considering that the original Google Chromecast Ultra supported 4K HDR10 streaming, it would make sense for Google to up the ante here with Dolby’s more powerful format this time around.

The remote’s design also gives us a few clues about the device, like the fact that it will be HDMI-CEC compatible, allowing you to raise the volume on your TV or mute the TV with the pack-in control. The remote also has a Google Assistant button which implies that it will have a microphone built-in as well.

Unfortunately, though, according to the file’s metadata where all the information comes from, the video was created on October 10, 2019 – making it now eight months old at least. In that time Google might have changed the design and XDA made it clear that this might not be the exact final hardware we’ll eventually see from Google later this year. So, like all leaks, take it with a grain of salt.

It’s almost too early to speculate but thankfully Google has been pretty consistent with its release dates and pricing for its Chromecast products: almost all of them release in the fall months for the northern hemisphere (September through November) and cost well under $100 (£80, AU$150).

Early reports from Protocol who spoke to sources say that the device is expected to cost $80 (around £60, AU$120) in order to compete with the Roku Streaming Stick Plus and Amazon Fire TV Stick 4K, but again, this is all a moving target as Google finalizes its 2020 product launches.

As for when we’ll actually get to see them on-stage, well, it’s anybody’s guess at this point. Google IO has been cancelled this year due to Covid-19, and the company has yet to make any mention of its annual September hardware event where it announces the latest Pixel devices.

That said, in this new era of online events where plans can be announced just a few days before they happen, anything can and will happen at any time, so stay tuned.