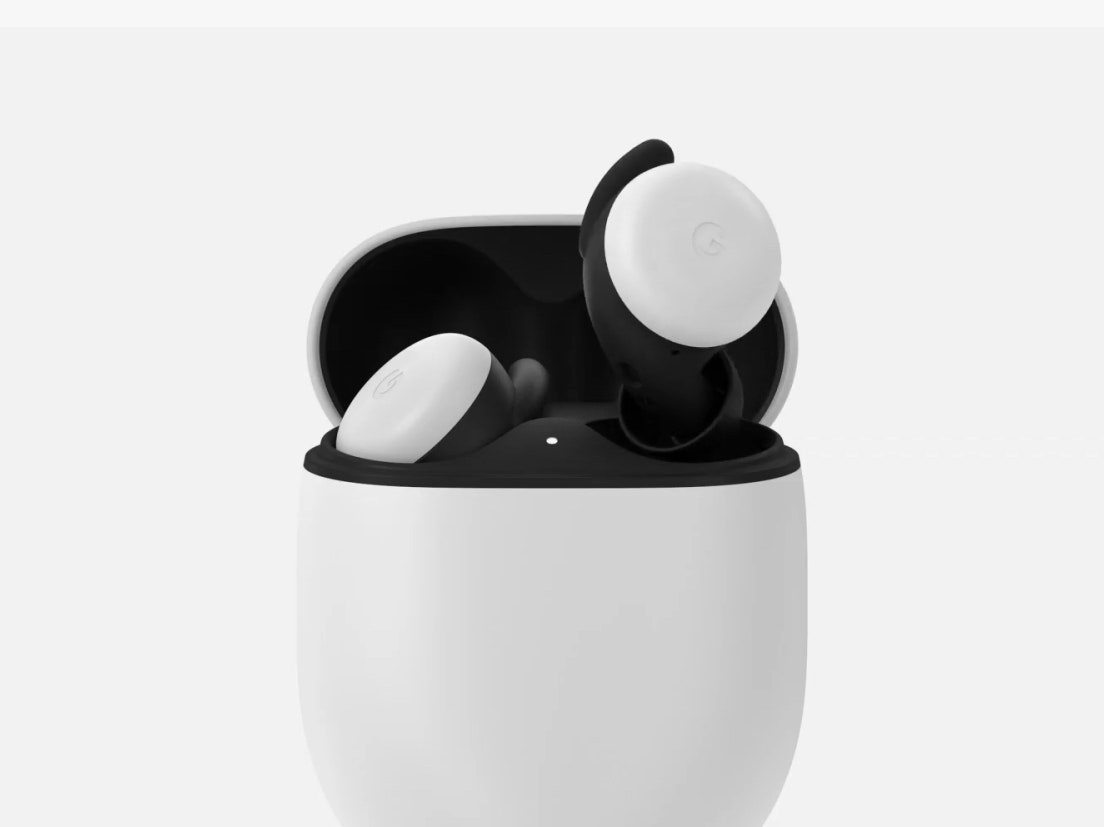 It’s taken Google a surprisingly long time to make good earbuds. The original Pixel Buds from 2018 were a bulky, mushroom-shaped mess that made you look like Frankenstein’s monster. The charging case was huge, the sound was middling, and when you finally worked up the courage to go outside with them, it felt like everyone wearing AirPods was laughing at you.

My expectations were muted last fall when Google announced a revamped pair with the same name—this time with no wire connecting the buds, just like offerings from Apple, Samsung, and Amazon. On specs alone, they’re not remarkable. They’ve got five hours of battery life, which is short, especially compared to the 11 hours you get with Samsung’s buds. They’re also $179, making them $20 more than Apple’s AirPods.

And yet, somehow, I’ve fallen in love with Google’s tiny, rounded earbuds. Especially as someone with an Android phone, I’d take these over nearly any wireless earbuds around.

The new Pixel Buds come with a case that’s similar in size and design to the floss-like AirPods case, though Google’s is a bit more rounded with a nice matte finish instead of Apple’s shiny plastic. I think it looks like a cute, little egg.

The buds no longer have a cable running between them, and they’re tiny. How do they stay secure in your ears? Each bud has a long, elephant-like trunk that culminates in a cozy silicone eartip, with cute ear fins that protrude out of the top for increased stability. That means that when you wear them for the full five-hour charge time, you won’t have the same annoying pain you might have after five hours of listening to the hard-tipped AirPods.

That comfort isn’t just because of the silicone tips; these are some of the lightest buds around.

As much as I dislike the sound (and idiotic, eartip-less design) offered by AirPods, I understand why they’re the best-selling wireless headphones on the planet. By integrating its own special chips, Apple makes pairing, listening, and talking on the AirPods much easier than the competition.

In terms of setup and ease of use, the Pixel Buds are the closest to match it. When I popped open the lid of the case, they instantly paired to my Pixel 4, quickly setting themselves up for hands-free access to Google Assistant, much as AirPods do with Siri. (They’ll pair this fast on most Android phones). You can tweak settings in the companion app, but you probably won’t need to download it. The Pixel Buds (like AirPods) will probably work exactly the way you want right out of the box.

Even the touch controls, located on the outside of each earbud, are well thought out. You can raise or lower volume by sliding your fingers left and right—so easy!—as well as play or pause music and change songs with various taps. Unlike other buds with touch controls, I never accidentally paused music when adjusting them in my ears, but I do love that they automatically pause when you pull ’em out.

Specs-wise, they leave me wanting more. I wish the battery lasted longer, though the case does net you an additional 19 hours. That’s AirPods-matching battery life, sure, but you can get earbuds that last longer for less than half the price.

It’s nice to have wireless charging built in (you can also use a USB-C cable). Just don’t try it on a vertical wireless charging stand, because the coils are often a bit too high up to reach it. They juice up best on a pad.

They boast an IPX4 rating unlike AirPods, so I don’t have to worry about taking them on long, sock-testing runs in wet weather conditions. And I prefer Google Assistant over Siri as well. It’s better at answering questions, setting timers, sending emails and texts, and various other voice-based tasks.

Heck, I can even use Google Assistant’s real-time language-translation tool to understand what my partner (who insists I know more Spanish than I actually do) is saying in attempts to maintain fluency in quarantine. It works pretty OK!

You might occasionally use voice commands to text someone back or ask Assistant the weather, but the vast majority of your time with the Pixel Buds will be spent listening to music. For audio quality, these are some of the best wireless earbuds I’ve tried.

They’ve got one of the more nuanced sound signatures I’ve ever heard in portable earbuds. Every instrument comes through with crystal clarity, which makes denser mixes like Foxygen’s “San Francisco” come through with elegant depth. You hear the tinny cymbals in the middle, the beautiful piano notes on the far right side, with chugging acoustic guitars on the left. Each has its own musical space.

I’m convinced that the key to such musical detail is the lack of boom in the bass. You can feel and hear every bass drum kick and plucked bass string, but they never overwhelm the low-midrange like on other earbuds. This gives the Pixel Buds a very “flat,” studio-style sound.

If you need oodles of bass to propel you through a workout, these might not be for you. But if you’re after a very detailed, compelling sound, you’ll have a hard time finding better earbuds without spending hundreds more. When it comes to audio quality, they kick the crap out of Apple’s cheapest AirPods.

Are these the best wirefree earbuds you can buy for $179? No. I like the Master and Dynamic MW07 Go and Jabra Elite Active 75T just as much as I like these earbuds, and they’ve got better battery life and higher sweatproof ratings.

And unlike more expensive models from the likes of Apple and Sony, these buds don’t have any noise canceling. There are understandable reasons why. Noise canceling eats battery life and probably would have made each bud bulkier. The passive noise isolation (the earplug effect of the earbuds in my ears) is more than enough to block out most outside sounds, but you might want to spring for a noise-canceling pair if you’re desperate for absolute silence.

Still, I like the Pixel Buds for a different reason. One that’s not really quantifiable when looking at a spec sheet. These are made for the traditional AirPod buyer: someone who wants a pair of headphones that work exactly as expected, every time you use them. For that, they’re the best you’ll find for Android phones. Given the unmitigated disaster that was the first Pixel Buds, I’m thoroughly impressed.