Google Podcasts will give podcasters more data about their listeners 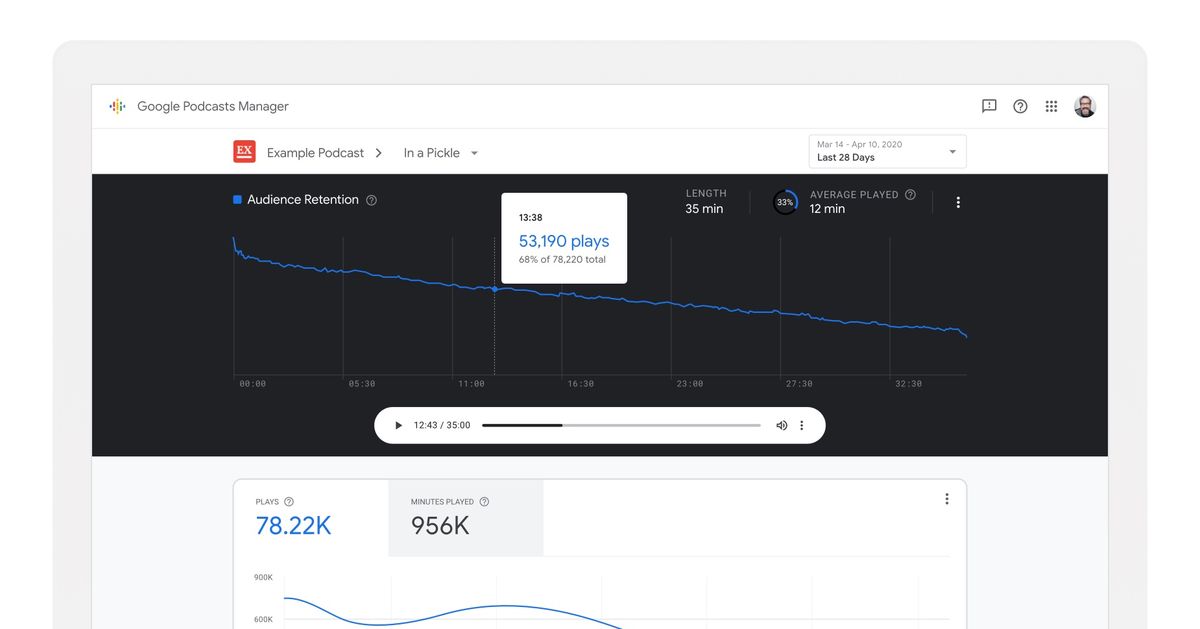 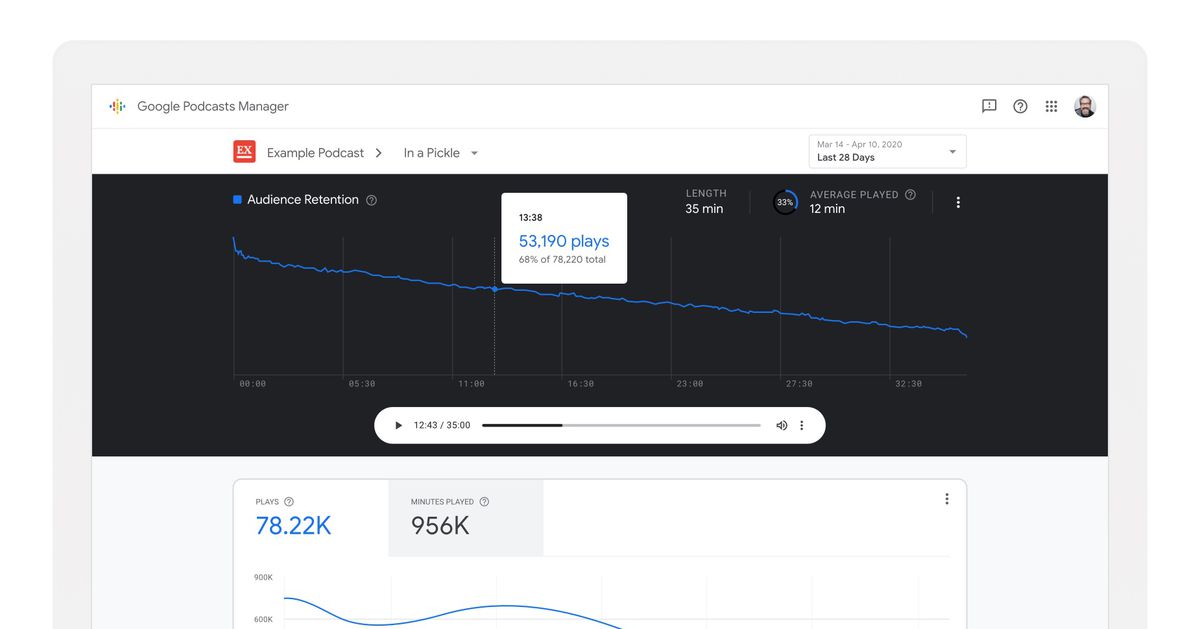 Google Podcasts is going to give podcasters a better idea of how their episodes perform. The Google Podcasts Manager tool will provide more data on listeners, potentially helping podcasters sell ads, figure out what their audiences want to hear, and help them structure their shows more effectively. It’s a feature that podcasters have been pushing to access. The information includes metrics around how their shows do on the platform, including retention data, like where people dropped off in an episode, how long they listened, and the total amount of time people listened.

Google will also tell podcasters what types of devices people are using to access their show across phones, tablets, desktop computers, and smart speakers. Google Podcasts is available as an iOS and Android app, as well as on Google search, Google Assistant, Android Auto, and through podcasts.google.com on the web.

Podcasters have to claim their show first

Podcasters only recently gained access to more listener data. Apple released its analytics feature in 2017, and Spotify took its dashboard out of beta last year.

Before this data was easily accessible, podcasters had to learn about their show’s audience through their own outreach, like online surveys. Although Spotify, Apple, and now Google have begun offering their own platform analytics, podcasts still have to do a bit of manual work on their end to collate everything in one place in an attempt to put together a fuller idea of how a show performs.

Demographic data, like where listeners are based and how old they are, is still lacking. But Google certainly has access to that information and could help podcasts learn more about their audience. In exchange, however, listeners have to accept that they forfeit their data whenever they access a show, which might make some people uncomfortable, especially because podcasts can cover more sensitive and telling topics than music or other audio media.