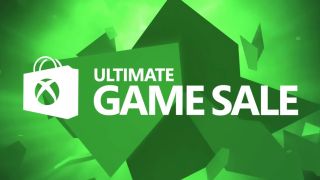 Microsoft is hosting its own Xbox game deals this week, with its Ultimate Sale clearing out a massive range of titles with big discounts. From Gears 5 to Red Dead Redemption 2, Forza to FIFA, there’s plenty to sink your teeth into right now, especially if you’re a Game Pass or Live Gold subscriber.

We’re seeing PC game deals offering up discounts of up to 75%, with titles like Gears 5, Forza and ARK: Survival Evolved getting in on the action. Meanwhile, if you prefer the couch you’ll also find up to 65% off on a massive range of Xbox games – most notably titles like FIFA 20, Red Dead Redemption, and Assassin’s Creed Odyssey: Deluxe.

You don’t have to be a member to secure yourself some big discounts here, but there are bigger price cuts available if you are – most notably on the console offers. If you’re not yet a subscriber, you’ll find all the latest Live Gold and Game Pass prices further down the page so you can save even more cash this week.

You’ll find all of these Xbox game deals just below, as well as some top picks on the latest titles.

Save up to 75% on select PC games at Microsoft
Microsoft has cut up to 75% off the price of a range of games on its Xbox store this week. Highlights include Gears 5, Forza, and The Outer Worlds.
View Deal

Save up to 65% on select Xbox games at Microsoft
Prefer the console? You’ll also find 65% off available on a range of Xbox games this week. From Call of Duty Modern Warfare to Red Dead Redemption 2, we’re pulling out some of the biggest titles in this sale just below – or you can shop all this week’s deals right here.
View Deal

You’ll notice that a few of the Xbox game deals above offer cheaper prices for Live Gold or Game Pass members. If you don’t yet have a subscription to these services, you can find the latest prices just below – or double up and grab both in one with a Game Pass Ultimate membership.

If you just want access to the collection of free games on offer, you’ll want to check out the best Xbox Game Pass deals below.

You’ll find plenty more cheap Xbox game deals available this week, but we’re also rounding up the best Xbox One bundles and Xbox One X sales out there right now. Check out the latest Xbox controller prices for more accessory options as well.