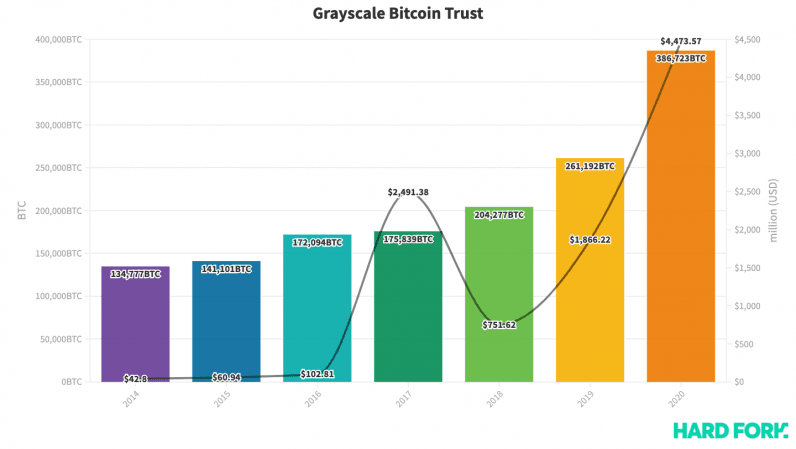 According to the docs shared by the Securities and Exchange Commission, GBTC held around $1.9 billion worth of Bitcoin at the end of 2019. As of June 30, 2020, its portfolio had ballooned to $3.5 billion.

But Bitcoin‘s price has risen by 25% since then, inflating the value of GBTC’s crypto even further. Using today’s prices, GBTC sits on almost $4.5 billion worth of Bitcoin (as long as it didn’t offloaded some of its stash in the past six weeks, that is).

GBTC offers itself to investors who might be interested in owning Bitcoin without actually, like, holding it. As Bitcoin is GBTC’s only asset, institutional investors might prefer buying GBTC stock instead of figuring out how to store it securely themselves.

[Read: A look inside the $1B internet fund that’s beating the market by more than 200%]

One major Wall Street player that’s into the idea is ARK, whose $1 billion Next Generation Internet fund currently holds more than $40 million worth of GBTC stock.