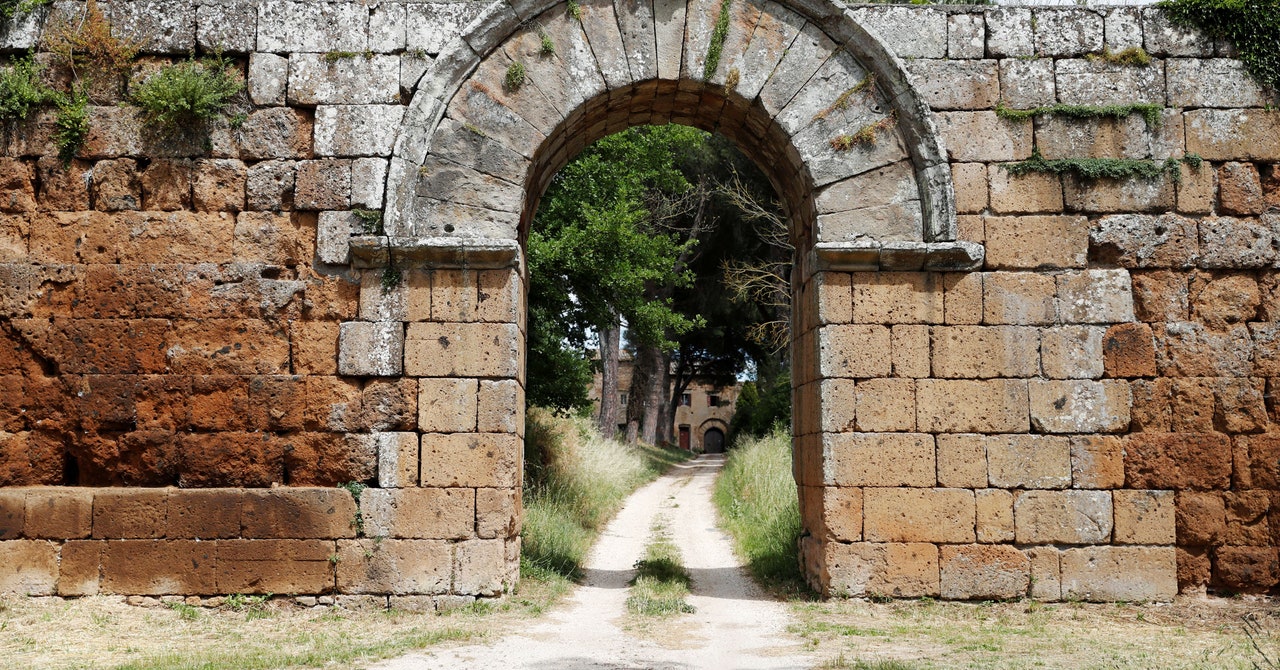 Falerii Novi was once a walled town just north of Rome, likely founded around 241 BC as a relocation site for a Falisci tribe that had rebelled against the Romans. Located on a volcanic plateau, archaeologists surmise that the new site was chosen because it wasn’t as easy to defend, thereby discouraging further uprisings. There were likely some 2,500 residents during the third and fourth centuries BC. The ruins are deep underground, but a team of archaeologists from the University of Cambridge and Ghent University in Belgium have used ground-penetrating radar (GPR) to map the complete city. They described their findings in a recent paper in the journal Antiquity.

Dating back to 1910, when the first patent for a radar system to locate buried objects was filed, GPR has been used to measure the depth of glaciers, to study bedrock and groundwater, and to locate unexploded land mines, buried sewers, and utility lines, among other applications. The 1972 Apollo 17 mission—the final moon-landing mission of NASA’s Apollo program—used a GPR system called the Apollo Lunar Sounder Experiment (ALSE) to record depth information of the lunar surface. The method has also emerged in recent years as a powerful tool for archaeological geophysics, since it is a noninvasive means of detecting and mapping artifacts, features, and key patterns beneath the surface.

GPR is distinct from another popular method, lidar, which relies on infrared light from lasers rather than radio waves to map terrain. An electromagnetic pulse is directed into the ground, and any objects or layering (stratigraphy) will be detectable in the reflections picked up by a receiver, just like regular radar. How long it takes for the echoes to return indicates the depth, and different materials will reflect the incoming waves differently. The data can then be plotted to create detailed maps of those underground features.

Falerii Novi was first excavated in the 1990s, and over the ensuing decades archaeologists have identified warehouses, shops, marketplaces, a theater, and a forum using various noninvasive techniques, including magnetometry—a method that measures the direction, strength, or relative change of a magnetic field at a given location to reveal details beneath the surface. But the use of GPR by the British and Belgian team has yielded a much more detailed and complete picture of the site, enabling them to study how the town evolved over several hundred years.

The authors attached their GPR system to the back of an all-terrain vehicle to more efficiently survey the 30.5 hectares (about 75 acres) within the ancient city’s walls, taking a reading every 12.5 centimeters. In 2017, using their method, the team found the remains of a large Roman temple several feet below the town, that would have been roughly the same size as St. Paul’s Cathedral in London.

This latest analysis revealed a large rectangular structure connected to a network of water pipes, leading to the city’s aqueduct. The authors surmise that it is the remains of an open-air pool (natatio), part of a large public bathing complex. They were also surprised to see two large structures facing each other within a covered passageway (porticus duplex) that they believe was once part of a large public monument near the city’s north gate. It seems to be part of a “sacred topography” of temples around the town’s periphery, previously revealed by magnetometer surveys.

GPR works very well in certain conditions, like uniform sandy soils, but the high electrical conductivity of clays and silts, for example, can significantly dampen signal strength. And rocky sediments will scatter the signal, making it more difficult to pick out the patterns in the noise. “At Falerii Novi, the generally dry conditions in the summer months were well-suited to GPR survey,” the authors wrote, noting, however, that when it did rain, “up to seven days were needed before the ground was sufficiently dry to yield optimal data quality.”