HBO Max’s ‘The Fungies!’ is the next trippy kids’ show for adults 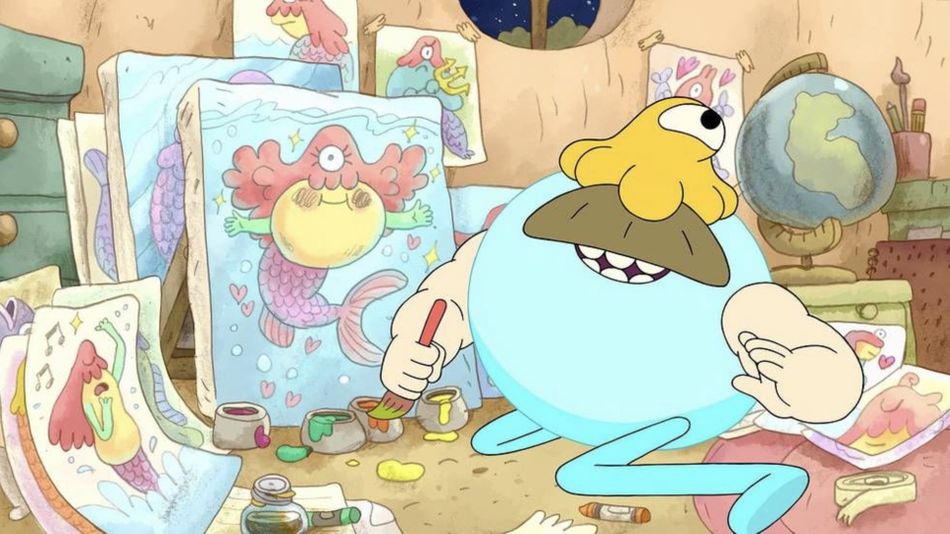 All products featured here are independently selected by our editors and writers.If you buy something through links on our site, Mashable may earn an affiliate commission.
By Alison Foreman2020-08-21 10:00:00 UTC

Sure, the world is in turmoil, existence is futile, and democracy could soon cease to exist as we know it.

But I’ll be damned if I’m not spending my afternoon watching these one-eyed, cartoon, mushroom children push a gigantic snowball up a mountain in the name of adventure.

It’s an infectious watch, the kind I wouldn’t be recommending if I hadn’t already fallen deep, deep under its spell.

In HBO Max’s The Fungies!, creator Stephen P. Neary invites viewers ages 7 and up to the surreal metropolis of Fungietown — a prehistoric settlement inexplicably fostering the cohabitation of dinosaurs, talking tree stumps, and bipedal fungus people able to assemble and disassemble their mushroom body parts like organic Transformers.

With imagination and style to spare, The Fungies! promises to be a hit with primary school-age viewers (bright colors, big eyes, great music, and unique ideas will do that), but could just as well see itself pulled onto Cartoon Network’s growing roster of kid-friendly adult cult classics alongside the likes of Steven Universe and Adventure Time.

It’s your standards kids’ show fare, featuring Cartoon Network-typical plot lines full of upstanding fungi-citizens and bite-size moral quandaries. The kids do show and tell, the kids save the town from a heard of yak-like creatures, etc.

Still, the dialogue’s execution is heightened such that it provides pockets of mature humor — think a Brontosaurus(?) named Pam staring into the distance and sighing, “I’m lonely a lot” — that are surprising and rewarding enough that you’ll have little trouble getting invested in the overall journey.

Across Season 1, we watch Seth learn lessons about honesty, friendship, values, and more as the animation style takes dozens of unexpected turns in an intricately crafted world that feels both transporting and lived-in. Seth and his pals are more complex than you’d think, and Fungietown shifts in appearance to accommodate that range. Sure, it’s not profound, but it’s very effective.

The Fungies! is an infectious watch, the kind I wouldn’t be recommending if I hadn’t already fallen deep, deep under its spell during the first 24 hours of the show’s streaming availability. From the inescapably catchy theme song (“We are the Fungies, prehistoric fungi in a mushroom town!!“) to the adorable kicker before the credits roll, each episode of The Fungies! scratches the itch adult cartoon fans known all too well.

It’s a perfect balance between the soft, safe world of children’s programming and the deadpan absurdism of emotional exhaustion — y’know, but with mushrooms. And dinosaurs. And, oh yeah, that talking stump.

The Fungies! Season 1 is now streaming on HBO Max.

What’s on your desk, Jay Peters?

Paramount Plus is a powerful nostalgia machine, but it doesn’t feel necessary yet