Horizon Zero Dawn 2: everything we know about the rumored Horizon sequel 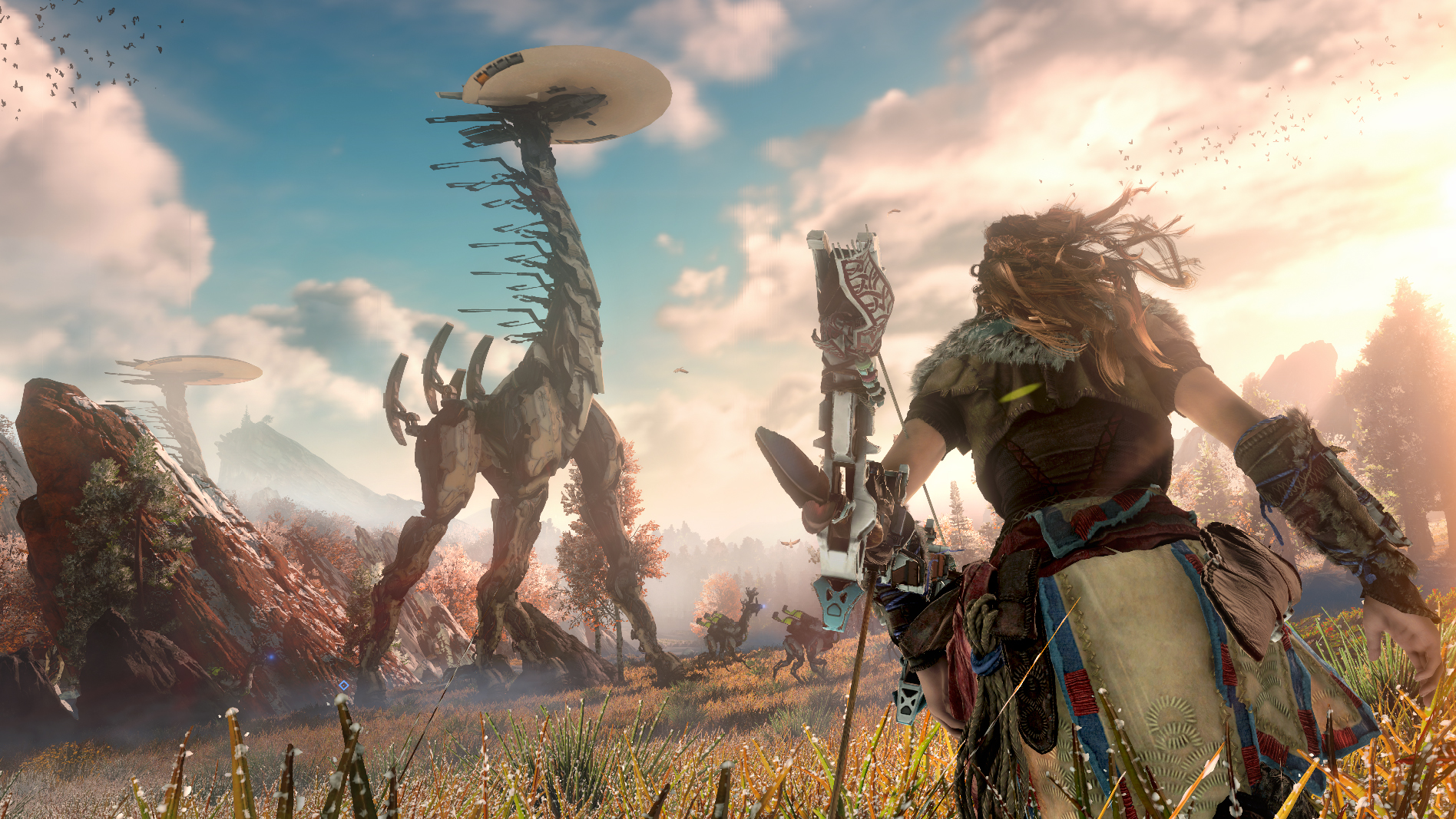 With a next-generation PlayStation just around the corner, we can’t help but think about the games we may see on the upcoming PS5. Will see some new IPs? Maybe the return of some beloved PlayStation classics?

Sony has had huge success with its PS4 exclusives, particularly post-apocalyptic RPG Horizon Zero Dawn. Horizon Zero Dawn is one of the best-selling games on the PS4, selling over 10 million copies and cementing itself as a must-have title. So it would make perfect sense for Guerrilla Games to develop a sequel, right?

It seems that is exactly what’s happening. While neither Sony nor Guerrilla Games have announced a Horizon Zero Dawn 2 is in the works, one of the game’s voice actors spilled the beans last year and essentially confirmed a sequel is on the way.

Guerrilla Games has since posted a job listing that seems to explicitly acknowledge the existence of Horizon Zero Dawn 2 and there’s been a (possibly too good to be true) leak that suggests we’ll be hearing about the sequel soon – so all signs seem to point to a second game being in development. So, we’ve gathered together all the rumors and news surrounding Horizon Zero Dawn 2 for your perusal right here.

[UPDATE: With the PS5 Future of Gaming event coming on June 11, we’re predicting Horizon Zero Dawn 2 will be announced at the event. Read on to find out more.]

Considering neither Sony nor Guerrilla Games has officially confirmed Horizon Zero Dawn 2 is in the works, it’s hard to pin down when we’ll actually see the sequel. What we do know for sure is it’s probably not anytime soon.

We’re expecting Horizon Zero Dawn 2 to release on PS5, either as a cross-gen title or PS5 exclusive, sometime after the console’s release in late 2020. Alternatively, we could see Horizon Zero Dawn 2 as a PS5 launch title, releasing alongside the next-gen console.

Deleted PS5 tweet
Horizon Zero Dawn developer, Guerilla Games, tweeted out a job listing for a Senior AI Programmer “who can make a difference in the design and implementation of the systems that make our NPCs come to life”. However, the tweet also contained the hashtag ‘PS5’.

The tweet was swiftly deleted and redone but not before being picked up by Reddit (via our friends at GamesRadar).

[Screenshot] Guerrilla Games tweeted out a job post with the #PS5 hashtag before deleting and re-tweeting anew, suggesting again that Horizon 2 will be a next-gen only game from r/PS5

The tweet suggests that Guerilla Games is working on a new PS5 game, however, whether it will be Horizon Zero Dawn 2 remains to be seen.

“Within Guerrilla, we have four teams dedicated to creating the stunning environments of Horizon. One team focuses on the creation of lush and stunning vegetation,” reads the listing, which specifically aims to hire a Technical Vegetation Artist.

The job, which is based in Amsterdam, Netherlands, seeks an applicant who will be able to “Help with the creation of vegetation assets that are used to dress the game world” and “Collaborate with other Guerrilla developers to meet the narrative, quest, and design requirements”.

It seems the developer is explicitly acknowledging the existence of Horizon Zero Dawn 2.

Loose lips sink ships
Voice actor Janina Gavankar, who was behind the voice of Tatai in The Frozen Wilds DLC for Horizon Zero Dawn, let it slip that Guerrilla Games is working on the next game in the series.

In a video clip, taken during a Star Wars convention earlier this year, Gavankar says to a fan “wait ’til you see the sequel” and tells her “you’re gonna die” when the Horizon Zero Dawn 2 finally gets its big reveal. This is the closest thing we’ve got to confirmation that a sequel is in the works.

A sequel makes sense
The original Horizon Zero Dawn has sold 10 million copies and is the most popular new franchise ever to launch on the PS4 – so it’s almost certain that Guerrilla Games will release a sequel.

PlayStation exclusive
Between the success of Horizon Zero Dawn and Aloy becoming a mascot of the PlayStation brand, we don’t think Sony will be letting go of its exclusivity deal with Guerrilla Games. So we can expect a sequel to arrive on Sony consoles only – we’d expect just the PS5, though, given that Sony hasn’t committed to cross-generation releases in the way Microsoft has.

Horizon Zero Dawn 2: what we want to see

Bring Aloy back
Though the end of Horizon Zero Dawn kind of wrapped Aloy’s story up in a neat little bow, we would still like her to remain the protagonist. Luckily, it looks like she might.

Speaking to GamesRadar in 2018, managing director of Guerrilla Games, Hermen Hulst, suggested that Aloy’s story isn’t quite finished yet.

“She’s really uncovered some of the main mysteries in the world, but how do you feel when you finish the story?” Hulst said. “Are there questions that come up that you want to relive and answer for Aloy? It was not difficult for us to build the Frozen Wilds and tell that story through Aloy. The environments and the world that we’ve put together easily raise more questions.”

New environments and tribes to uncover
We’ve seen grasslands, mountains and tundra, but we’re hoping the sequel will take us somewhere new entirely – perhaps somewhere with desert dunes or long-lost cities. It would be great to see more of Horizon’s post apocalyptic world and uncover some more history. In addition, we want to see more tribes with varying cultures and beliefs.

More DLC
Horizon Zero Dawn’s: Frozen Wilds DLC added a hefty amount of content to the game post-launch, bringing players back by further fleshing out Horizon’s world and characters. It’s early days but we’re hoping Guerrilla Games has DLC planned for the sequel that will shake things up.

[Screenshot] Guerrilla Games tweeted out a job post with the #PS5 hashtag before deleting and re-tweeting anew, suggesting again that Horizon 2 will be a next-gen only game from r/PS5