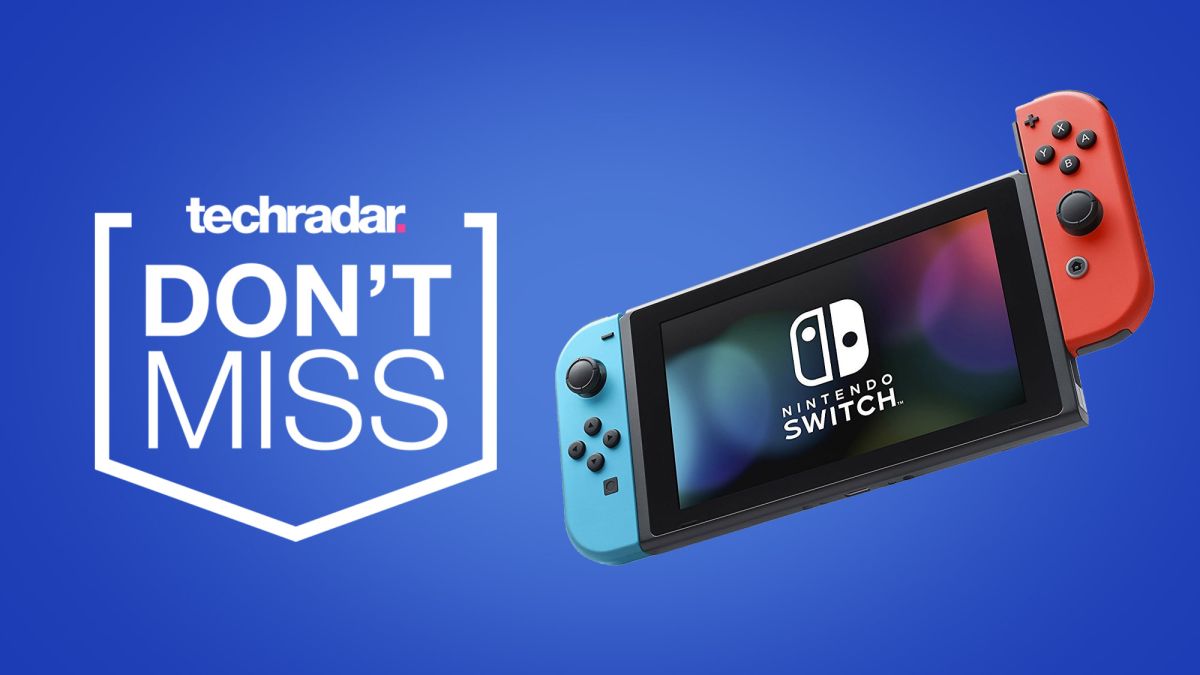 GameStop has the Switch with Mario glassware for just $299 on pre-order for mid-December, which we’re sure will sell out too, and there’s plenty of games from $14.99 at Best Buy.

The US seems to be struggling to keep up with demand right now, which means that every second counts in your pursuit to grab the best Nintendo Switch deal available. That means you’ll want to move quickly to grab these offers before these Black Friday deals end, and Cyber Monday begins.

The Nintendo Switch was already one of the hottest products leading up to Black Friday and Cyber Monday, with stock selling out fast. The official Black Friday bundle in the US included Mario Kart 8 Deluxe and a three-month subscription to Nintendo Online for $299, but that bundle has never been in stock for more than a few minutes. You can sign up for stock alerts on the Black Friday Switch bundle at Walmart, though, if you’d rather try and catch it before it sells out again.

In the meantime, we’ve rounded up the best early Cyber Monday Nintendo Switch deals you can get in the US and the UK, and we’ll update this page if and when we see better bundles come into stock in the US.

You’ll find all these offers just below. But, for those not in the US or UK, you can scroll down for the best Nintendo Switch prices in your region.

Nintendo Switch Lite | carry case | 128GB memory card: $239.97 at Best Buy
Save $48 – Best Buy has this full bundle costing $287.97 when purchased separately, and it’s true you’re saving some cash with this $48 discount, however it’s worth noting that the 128GB memory card is available on sale elsewhere as well. It’s easier to grab this all in one place, but this isn’t as good a bundle offer as it appears at first glance.
View Deal

Nintendo Switch games: from $14.99 at Best Buy
All your cheap favorites are here – from Rayman Legends to the Borderlands Collection, but you’ll also find big discounts on first party games like Animal Crossing: New Horizons, Pokemon Sword & Shield, and The Legend of Zelda Breath of the Wild.View Deal

Out of Stock:
Walmart previously offered this Mario Kart 8 bundle with the Nintendo Switch as part of its early offers. It’s now run out of stock, but return briefly today. We’ll keep this link handy here because it may well return again soon. View Deal

PowerA Enhanced Wireless Controller for Nintendo Switch | Various designs: $29 at Walmart
Walmart has knocked 49% off these PowerA Nintendo Switch controllers, meaning you save just over $15. The controllers come in plain black or in special themes including Pokémon, Legend of Zelda and Super Mario Bros.View Deal

SanDisk 128GB microSDXC for Nintendo-Switch: $19.99 at Amazon
Running out of room on your Nintendo Switch? This 128GB microSD card will give you a bunch of extra room for games, and this Black Friday deal will save you 43% off the usual price.
View Deal

Luigi’s Mansion 3 | Nintendo Switch | Digital Code: $39.99 at Amazon
Luigi’s Mansion 3 is one of the best Switch games on the market, so we’re very pleased to see Amazon has knocked $20 off the spooky game – saving you 33%.View Deal

Legend of Zelda Link’s Awakening |Nintendo Switch | Digital Code: $39.99 at Amazon
Amazon is offering $20 off Link’s Awakening. While this is a digital code, and not the physical version, that won’t make much difference unless you’re keen on collecting physical editions.View Deal

Nintendo Switch Lite (Grey, Yellow, Coral) + Minecraft and Mario Kart 8 Deluxe: £229.99 at Very
This is a fantastic deal if you’re searching for a Nintendo Switch Lite in various colors, with two top titles bundled in. Save £30 before this deal disappears at Very.View Deal

Nintendo Switch Lite with Animal Crossing and Minecraft: £239 at Currys
Not the best bundle we’ve seen across the weekend, but compared to the base price of the handheld-only Switch Lite (£199), you’re essentially getting Minecraft for free here.View Deal

EXPIRED The Nintendo console is still in stock at Amazon, and comes bundled with the latest Just Dance entry for Switch. Wouldn’t be our choice of game, but someone in the family is bound to like it – though the same bundle was £299 on Black Friday itself.View Deal

Nintendo Switch Fortnite Edition: £279 at Currys
Grab the Fortnite Nintendo Switch for at Currys while stock lasts – this unit has proved to be popular elsewhere. You’re getting a unique yellow and blue design here, with the Wildcat bundle and 2000 V-Bucks. This has already sold out at a number of retailers, so you’ll want to grab your order before it’s too late. In-store collection only.
View Deal

Purple & Orange Nintendo Switch Joy-Con: £63.99 at Currys
Save £6 on the purple and orange Nintendo Switch Joy-Con this week at Currys. This is actually the biggest saving of the bunch, but considering we don’t see discounts on these controllers often it’s a win. Plus, it also suggests that retailers are finally warming up to the idea of Joy-Con sales. Other colours are available for £3 off as well.View Deal

Looking for more Nintendo Switch deals? You’ll find all the lowest prices from around the web right here, with offers available in your region.

TechRadar is rounding up all the top deals over the Cyber Monday sales period, and we’ve put all the best early Cyber Monday 2020 deals in an easy-to-navigate article to help you find the bargains you’re looking for.

How to get the Hylian Shield in Breath of the Wild

Where to find all the Great Fairy Fountains in BOTW

How to get the Hylian Shield in Breath of the Wild

Where to find all the Great Fairy Fountains in BOTW