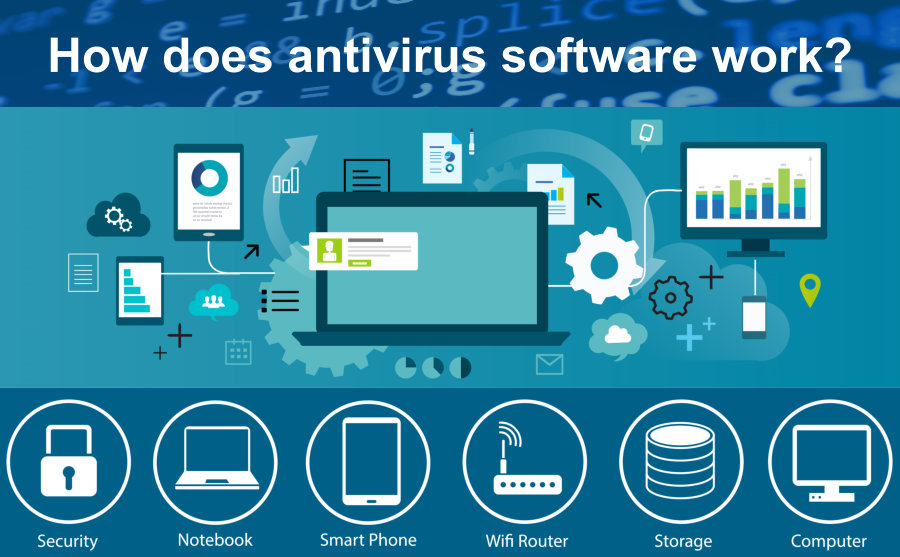 We all know that antivirus software is designed to keep your device protected – but have you ever wondered exactly how it does so?

In this article, we’re going to look at the way antivirus apps actually work, and the main pillars of protection that these pieces of software are built around.

When it comes to defending your PC and policing the files on your system, antivirus apps have a few different methods of doing so.

The first is a manual scan of all the files on your system, looking for anything suspect. These scans can be quite lengthy to start with, although over time, the use of clever routines to skip over any files that haven’t been changed since the last scan considerably shortens those initial long waits. Also, most apps offer some kind of ‘quick scan’ mode, which as the name suggests is just a swift manual check-up.

The second pillar of an antivirus app’s defenses is the real-time component, which examines files being introduced to your system, and processes that are fired up – everything happening on your PC right now, in real-time, in other words. Again, if it detects something bad cropping up on your system, it’ll intervene.

With both methods, the antivirus application relies on what are known as ‘definitions’: a library of signatures of existing malware. These definitions are kept as current as possible with updates piped to the antivirus software usually on a daily basis (or even hourly).

That said, no matter how quick definition updates might be delivered, there are always freshly introduced pieces of malware out there that have never been seen before, which is why any good antivirus will also use heuristic technology. This simply means monitoring for suspect or malware-like behavior in the processes or files on the host PC, in order to catch something new which isn’t yet present in the program’s definitions.

Real-time protection is really the key to defending your PC, aiming to ensure that malware doesn’t get onto your machine as you go about your daily computing usage.

That said, it can be worth running a manual system scan with your antivirus now and then (or scheduling one to happen), because there’s a chance it might just pick up something that was previously missed (due to subsequently updated definitions).

In truth, that’s probably not a likely scenario, and strictly speaking, you may not ever want to run manual scans – indeed many folks don’t bother – but it doesn’t hurt to do so occasionally as a kind of ‘safety net’ measure.

When a piece of malware is found on your PC, the antivirus will take immediate action, hopefully stopping any malicious processes in their tracks there and then, while quarantining the malware so it can’t harm your system.

As we’ve seen in our antivirus reviews, when it comes to particularly dangerous malware like, for example, ransomware, sometimes the process isn’t quite stopped immediately, which may mean the ransomware manages to encrypt (hopefully only) a small number of files. Some packages will (again hopefully) be able to recover those files (fingers crossed).

The point here being that in some rarer cases, the damage isn’t stopped immediately, but the antivirus should step in very swiftly and any casualties should be minimal.

Of course, as part of looking after your system, a good antivirus will bring in extra layers of defense – such as a ransomware shield to defend against that particularly nasty strain of malware.

Commonly, an antivirus app will also protect your surfing with specific web protection measures, popping up warnings and preventing you from landing on any web pages which might carry malware, or are phishing vehicles, for example.

How does antivirus software work?

Antivirus apps use multiple layers of defense to guard against all the bad stuff which is floating around out there online. The key elements are real-time protection and heuristic technology, which should catch existing and as-yet-unknown threats respectively, helping to make your PC a safer and more secure place.

Of course, we have to bear in mind that nothing is completely bullet-proof in the security world –even the best antivirus apps aren’t infallible – and common sense plus good practice on the part of the user will always play an important role.