How Much Energy Does It Take to Blow Up a Planet? 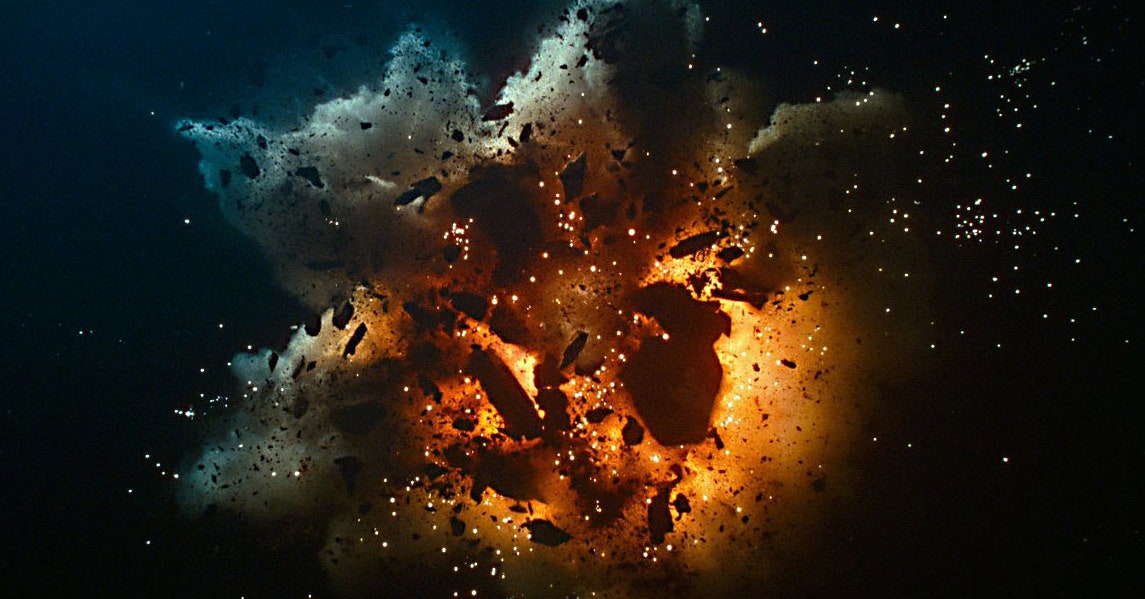 As Obi-Wan says when he drops in on Grievous: Hello there! Today is Star Wars Day. (May the 4th be with you.) Which means I get to post another physics analysis of a scene from one of the Star Wars movies. Last year, I looked at the acceleration of Jedi in all of their jumps—including Jar Jar, because why not?

This time it’s The Rise of Skywalker. The Final Order wants to teach everyone in the galaxy a lesson. So, on orders from Emperor Palpatine, a Xyston-class Star Destroyer fires a super powerful beam from space and blows up the planet Kijimi. Just like that.

I know what you’re thinking: How much energy would it take to blow up a planet? Of course, it’s just an academic question. I’m sure you’re not a Sith lord with bad intentions, so I’ll show you how to figure this out. But even if this is not a real thing, it’s still fun to calculate.

Video Analysis of the Explosion

To start, we need to estimate the speed of the planetary shards as they’re blasted into space. We can do that with the Tracker video analysis app. The idea is to pick out a few specific pieces and map their position in each frame of the video.

This position is measured in pixels, but we can convert it to distance by scaling it to a known object in the scene. Then we can get time data from the frame rate—24 frames per second in this case. Assuming the scene is filmed at regular speed (i.e., not slow motion), we know that each frame represents 1/24th of a second. With position and time data, we can the compute the speed.

To fix the distance scale, I’m going to use the size of Kijimi itself. How big is this planet? Who knows? I’ll just say it has a radius of 1 K, where K = the radius of Kijimi. Yes, it seems silly to define the unit in terms of the thing we’re measuring, but we do that all the time in science. (Before people knew the actual distance from Earth to the sun, they set it equal to 1 “astronomical unit.”) Don’t worry, it’ll work out in the end.

There is one more issue. We can really only measure the speed of stuff moving perpendicular to the camera—i.e., in the picture plane. Why? Suppose a chunk is sort of angling toward the camera. In each frame, it would move slightly to the side and get slightly bigger. But if I only plot its pixel position, I’ll underestimate the distance traveled and thus the speed.

With that in mind, I picked three fragments that start at the edge of the planet (as seen from the camera) and travel outward in different directions. The Tracker app then gave me this plot of distance traveled (the radial position of each object as measured from the center of the planet) versus time:

You can see that they mostly plot out as straight lines, and the slope of each line (change in position/change in time) is the radial velocity in units of K per second. The green and blue objects have very similar speeds of around 0.3 K/s. The red one starts off at 0.24 K/s then falls to about 0.08 K/s. That’s probably an error by the software; it’s hard to track objects in a field with a bunch of other stuff flying around.