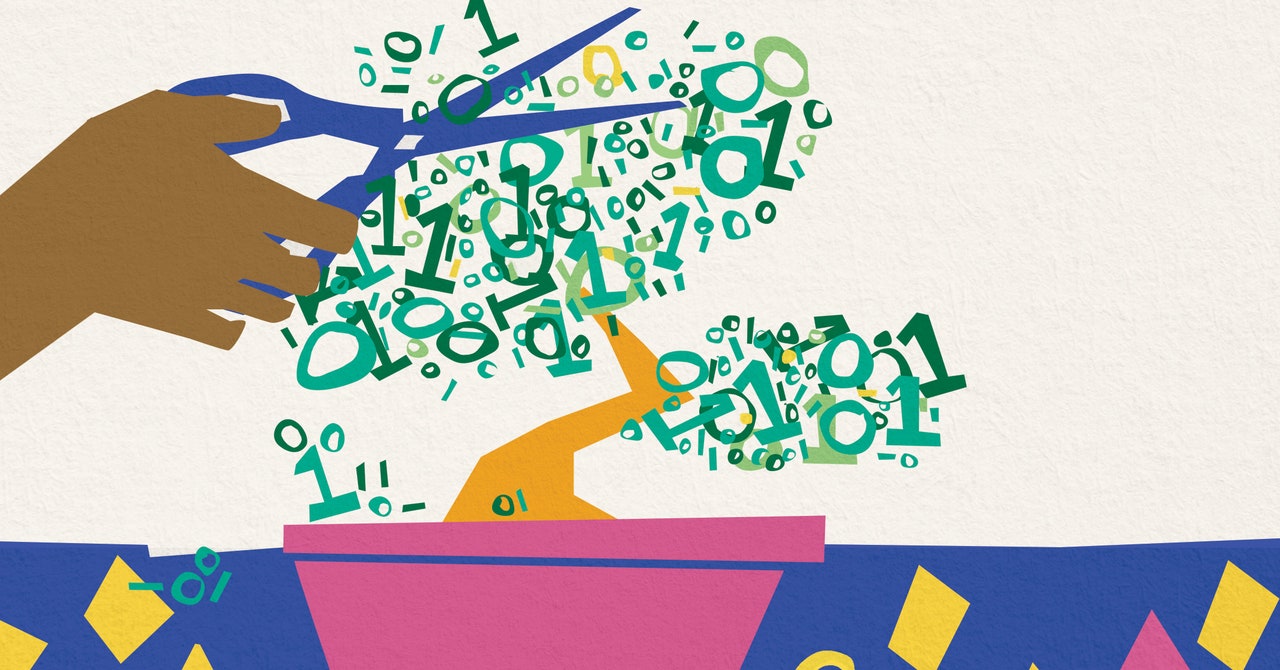 Danny van Kooten is a Dutch programmer who decided to reduce his carbon output by no longer eating beef or flying. Then, five months ago, he made a change that had an even bigger impact—and it took only a few keystrokes.

Van Kooten is the author of a popular WordPress plug-in that helps website owners use the mailing-list service Mailchimp. Install van Kooten’s plug-in and visitors can sign up for your Mailchimp list directly via a form embedded on your site. His plug-in also makes the site slightly larger by adding several thousand more lines of code. Every time someone visits your page, a server has to send part of van Kooten’s code to their browser. Sending data to a browser uses energy; the less code you send, the less energy you use.

So van Kooten decided to slim things down. He “refactored” his plug-in, making it more efficient, so now it sends 20 KB less data. Overall, the site would use a little less energy every day.

Of course, 20 KB is a teensy reduction. But since 2 million websites use his plug-in, it adds up. By his crude estimate, trimming the code reduced the world’s monthly CO2 output by 59,000 kilograms, roughly the equivalent to flying from New York to Amsterdam and back 85 times.

Not bad for two hours of hacking. “The code thing has been by far the biggest thing I could do,” he marvels, “and it’s crazy, because it takes a lot less effort than not eating any meat.”

Van Kooten’s aha moment is one being shared by web designers around the planet. They call it “sustainable” software design, and it’s propelled by technologists measuring the energy budget of nearly every swipe and click in our information ecosystem.

It’s a target-rich environment. Because so much of our lives is brokered by software, tiny nips and tucks can be transformative. They can even be quite lovely: This spring, a group of students designed an Instagram filter that reduces the file size of a photo you post by 40 percent. It turns the image into a retro pointillization reminiscent of a midcentury black-and-white newspaper photo. The goal wasn’t just to save energy but to produce something so cool-looking that people would “want to use it,” as Danique de Bies, one of the students, told me.

Our throwaway habits can add up. If every adult in the UK sent one less “thank you” email per day, it would cut 16 tons of carbon each year.

Recoding our digital world to use less energy often makes it more pleasant too. Consider, say, all that ad code that bloats websites—megs and megs of crap. We hate it for spying on us, but it also slows page loading to a crawl.

“It’s constantly pinging servers; it’s not very efficient,” says Tim Frick, founder of Mightybytes, a green web consultancy. “All of that information really adds up.” When the European Union’s regulations forced US companies to remove some tracking code from their sites for European visitors, USA Today‘s homepage shed 90 percent of its data size and loaded 15 times faster, as the designers at Mightybytes reported.

Even our throwaway habits can add up to a mountain of carbon. Consider all the little social emails we shoot back and forth—“thanks,” “got it,” “lol.” The UK energy firm Ovo examined email usage and—using data from Lancaster University professor Mike Berners-Lee, who analyzes carbon footprints—they found that if every adult in the UK just sent one less “thank you” email per day, it would cut 16 tons of carbon each year, equal to 22 round-trip flights between New York and London. They also found that 49 percent of us often send thank-you emails to people “within talking distance.” We can lower our carbon output if we’d just take the headphones off for a minute and stop behaving like a bunch of morlocks.

Granted, there’s an obvious rejoinder to this design movement: Why focus on individuals? To hit really juicy targets for carbon reduction, look to big infrastructure. Sixty-one percent of all online activity comes from purveyors of video. (Netflix alone accounts for 13 percent of it.) Bitcoin’s annual emissions are roughly those of Sri Lanka. Or look at AI. Training a single AI model can generate up to five times the lifetime CO2 of a car, as research by computer scientist Emma Strubell and her colleagues has found. Those areas need efficiency overhauls—now.