How to get all the endings in Netflix’s ‘Unbreakable Kimmy Schmidt: Kimmy vs. The Reverend’ 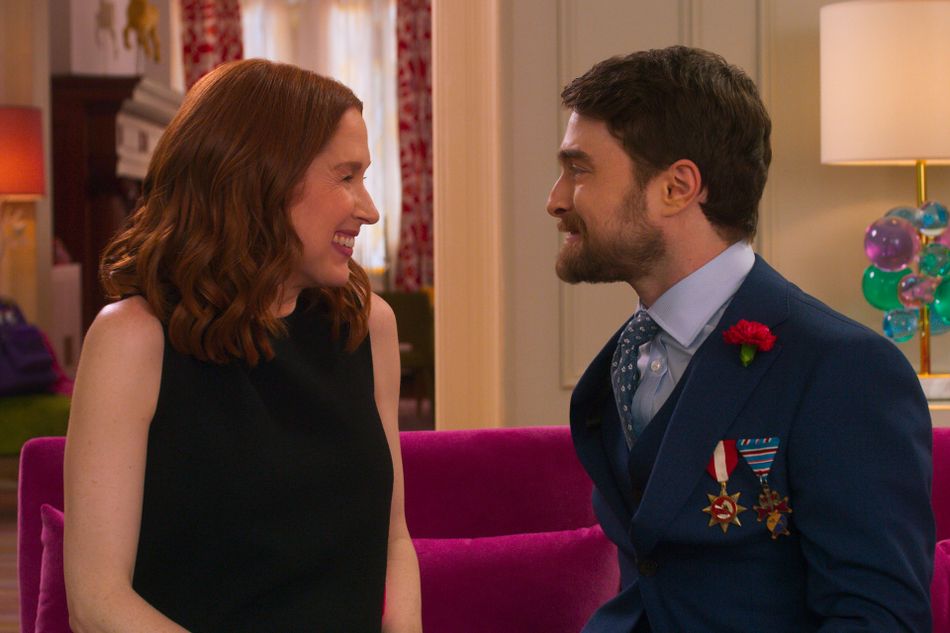 Unbreakable Kimmy Schmidt: Kimmy vs. The Reverend is alive, damn it! The interactive Netflix special that debuted Tuesday brings back the original cast of Unbreakable Kimmy Schmidt for a choose-your-own adventure episode with musical interludes, hijinks galore, and the fate of the story in the viewer’s hands — but how many ways can that fate play out?

After extensive testing, these are all the possible endings for Netflix’s Unbreakable Kimmy Schmidt: Kimmy vs. The Reverend, as well as the choices you have to make to get them.

1. The “You Won” Ending: Kimmy saves the bunker women and wears the Fun Dress, Titus stars in his movie, and Jaqueline keeps her career.

This is the only ending that rewards the viewer with the coveted “You Won!” bumper at the end of the show. To get it, you must make Kimmy select the Fun Dress in the very first choice of the game. This is not a Black Mirror: Bandersnatch situation, the first question really matters here.

The second crucial choice is to Read The Book when Kimmy gets home from her dress fitting. There’s something in the book Kimmy needs to know for later, and failing to do so early in the game sets up a chain reaction towards failure.

Many of the choices in between reading the book and the third act lead to temporary fail states that are easily reversible, so you can pretty much do what you want in the middle bit without screwing up the ending, but the game’s final two choices are super important:

Titus must Follow Kimmy when she chases the Reverend through the woods. Ignore the Garden Banquet. It’s dirt again. Obviously it is dirt again.

Finally, Kimmy must Spare the Reverend. Once these four choices are complete, the winning ending is automatically unlocked. Say hello to Kim Jung-un!

The second good ending involves making all of the above choices except with the exception of choosing the Fancy Dress over the Fun Dress. Everything else is fine, but the game will not register as a win and Kimmy will remark that even though she’s happy to be married, she wishes the wore the Fun Dress.

This “bad” ending is what happens if Titus is fooled by the second Woodland Banquet. He eats too much dirt and destroys his voice, while Jaqueline gets called out for lying and single-handedly reverses the Time’s Up movement against sexual harassment in Hollywood…but hey, Kimmy still gets married!

Other Ways to Fail

As mentioned before, there are tons of ways to screw up and get a message from one of Kimmy Schmidt’s many delightful bit characters granting you a choice to start over. Since they’re entirely reversible the stakes are low, but some of the do-overs are pretty funny. And violent!

If you Plan The Wedding with Freddy…

Everything goes well until Kimmy and Titus come to a fork in the road. Because Kimmy didn’t Read The Book, she doesn’t have enough information to proceed and The Reverend re-kidnaps the West Virginia Mole Women and takes them to Florida.

If you Make Out with Freddy…

The game flashes forward to a very happy Freddy and Kimmy after their wedding and ends after like, seven minutes.

If you Call Donna Maria…

Maria talks Kimmy out of revisiting her trauma and the game again flashes forward to after the wedding, but this time Cyndee shows up and wonders why they hired Daniel Radcliffe to show up for one short scene.

Bonus: if you Call Donna Maria again after getting this do-over, Kimmy gets an annoying call center menu that unlocks one of the game’s most bizarre Easter Eggs — a Mexican food–themed version of “The Twelve Days of Christmas” sung by Donna Maria’s company mascot Taco Snake.

If you try to take Jaqueline to Indiana…

She hires her son Buckley to fly their plane to make it look like he’s a pilot for his college applications, in a reference to Operation Varsity Blues. Buckley crashes the plans and kills everyone on board.

If you Wait for Mamadou…

Kimmy and Titus die of exposure on the road. Their bodies are discovered weeks later by an army of robots who have taken over the world Terminator–style.

If you Make Small Talk with the Reverend…

He reminds Kimmy that they are legally married until his death, them promptly dies in front of her. Kimmy marries Freddy, but the West Virginia Mole Women stay in their bunker forever.

Titus assumes “Free Bird” is a song he used to sing when he worked at a pet store and sparks a violent riot in the bar in response to his perceived disrespect of Lynyrd Skynyrd.

If you Abandon the Baby in the gas station…

Mikey turns up on a fail screen and shames you for making bad choices for Kimmy. He gives you another shot to do the right thing.

Bonus: if you did not Read The Book in the first act and choose to Babysit Baby Sharon, Mikey shows up to tell you where you messed up and gives you a second chance because you did right by the baby. Thanks, Mikey!

If you ‘Splode the Reverend…

Kimmy dies and Freddy uses his ample resources to clone her. The clone, however, is imperfect, and he is disowned by the royal family because the Kimmy Clone gruesomely ate a live horse at Royal Ascot.

If you Shoot the Reverend…

Kimmy is lost forever in the West Virginia woods and Freddy marries Lillian years later. Lillian plots to murder the royal family with a hammer so she can be the Queen of England.

If you Stomp the Reverend…

Kimmy goes insane and never returns to New York. Freddy marries Xanthippe and becomes the King of England after the rest of the royal family dies in a tragic blimp accident.

There’s a secret way to fail Kimmy’s final confrontation with the Reverend that unlocks a message from the Rev himself.

If Kimmy uses the game’s do-over feature to ‘Splode, Stomp, and Shoot the Reverend in any order before sparing him, the game ignores the Freddy marriage ending associated with the third death and takes a detour to visit the Reverend in Hell. He expresses shock that you killed him all three ways and says it means you’re a “messed up” person. Yikes!

Kimmy vs. The Reverend is now streaming on Netflix.