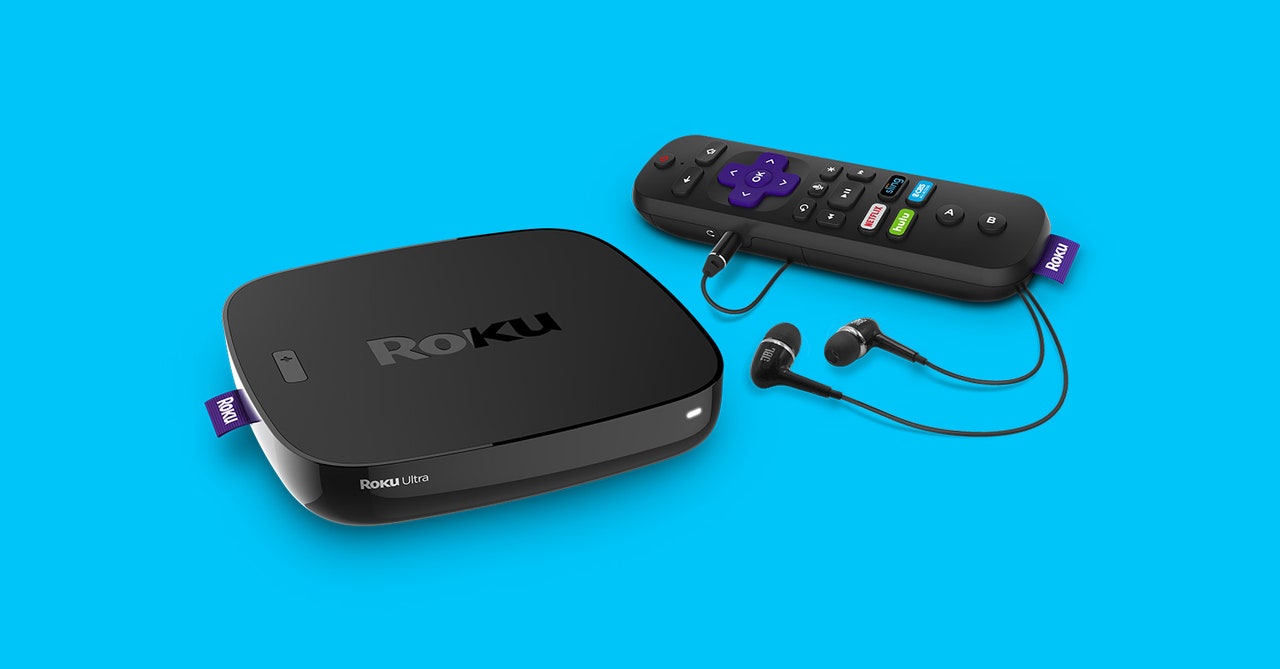 The Roku Ultra is as posh as it sounds. It’s a larger box that supports HD or 4K HDR, and has all the features we’ve talked about so far, like dual-band Wi-Fi and voice search. But on top of those, it also has an Ethernet port for more stable wired connections, a headphone jack (with surprisingly decent JBL earbuds) on the remote so you can watch TV shows in private while other folks sleep, and a host of other small features like MicroSD support, a USB slot, gaming buttons on the remote, a remote finder, and a night listening mode that quiets explosive sounds. There is a headphone edition available of the Streaming Stick Plus, but it doesn’t come with all the extras that the Ultra has.

It comes with two programmable favorites buttons, which makes it super easy to quickly launch Plex or other apps. That said, it is worth noting that even the newest, best Roku model lacks support for the most advanced HDR codecs: HDR10+, and Dolby Vision, unlike the top streaming devices from Google and Amazon. It’s unlikely you’ll notice this, or own a TV and speaker set that takes advantage of these high-end features.