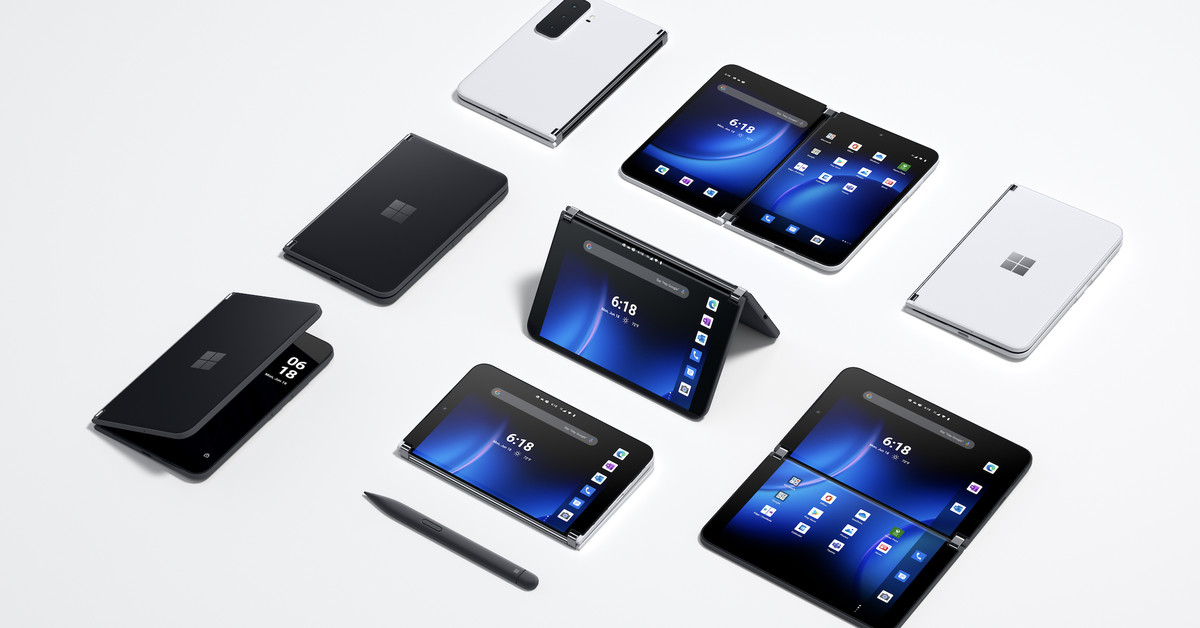 As expected, Microsoft announced the new Surface Duo 2 during what was an otherwise laptop-focused Surface event. The tech giant debuted the new Android phone alongside four new Surface devices, including the Surface Pro X, Surface Pro 8, and Surface Go 3.

Packed with some major updates, the successor to last year’s Surface Duo is faster and comes equipped with an improved camera and support for contactless payments. Pricing starts at $1,499.99, and the dual-screen, hinged device will launch on October 20th. However, you can preorder the phone — as well as the other Surface hardware — from several retailers now, and check out our hands-on to see if it’s worth the purchase here.

Unlike its predecessor, the Surface Duo 2 runs on Android 11, supports 5G as well as wireless charging, and features an NFC chip for contactless payments. It boasts a dynamic triple-camera system that includes a 12MP telephoto on the front, allowing for higher-res video calls, as well as a 16MP ultrawide lens on the rear. Similar to its Android-equipped rivals — specifically, this year’s Samsung Galaxy Fold 3 and Galaxy S21 Ultra — the Duo 2 additionally uses Qualcomm’s new Snapdragon 888 processor, as well as 8GB of RAM.

Display-wise, the two 5.8-inch, 1344 x 1892 OLED touchscreens open to 8.3 inches diagonally and offer the ability to run two select apps side by side. You can also drag and drop between screens in select apps. When it comes to the overall design, the device features thinner bezels and sells in both “glacier” and “obsidian” color variants. Note, however, Microsoft isn’t selling a 512GB configuration in the obsidian tone.

We’ll be updating this post with carrier promotions if and when they become available.