How To Use Your Phone to Declutter Your Life 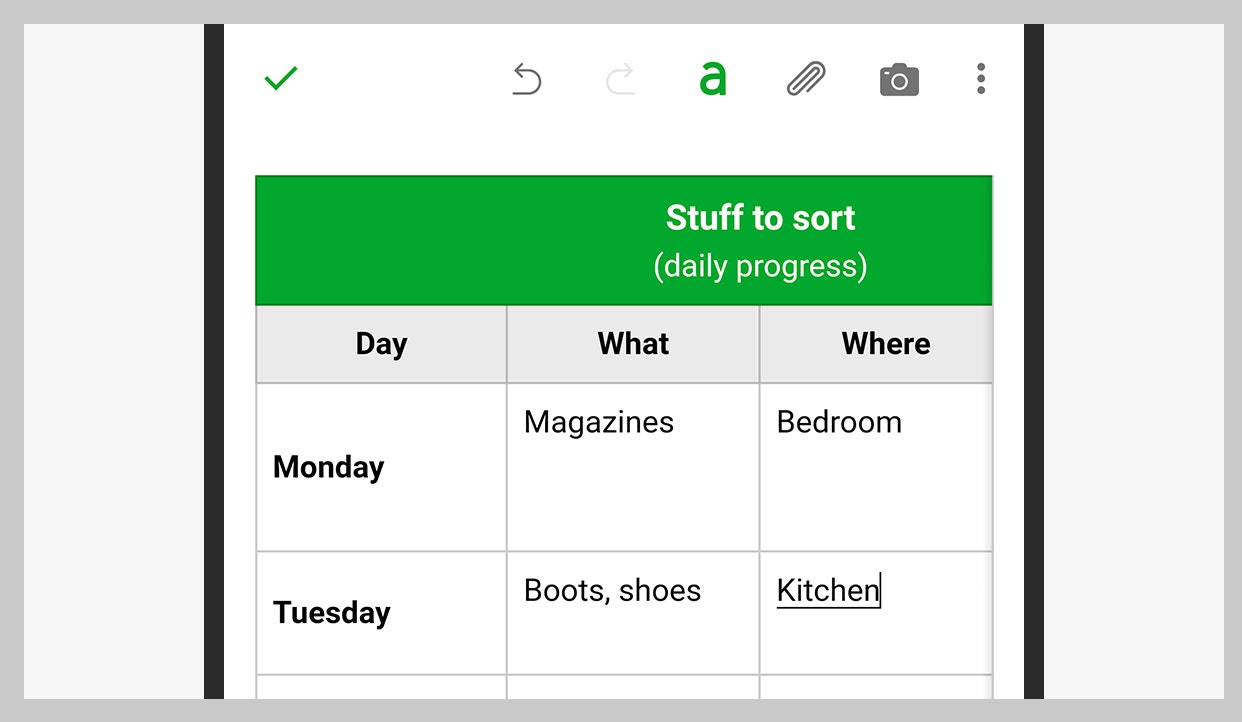 Facebook Marketplace is built into the Facebook app for Android and iOS. It works well for local deals—especially if you’re trying to get rid of stuff that’s used or damaged somehow—but you can post items out to anywhere in the country as well. Again, be sure to read the advice that Facebook gives for sellers to keep yourself safe.

While they don’t have quite the polish and reach of eBay and Facebook, both Letgo (Android, iOS) and OfferUp (Android, iOS) make selling really straightforward (and Letgo has the option to just give away your stuff, if you really want to clear your home quickly).

Nextdoor (Android, iOS) is also worth a look as a locally-focused app for giving away or selling your unwanted items around the neighborhood. Of course, Craigslist is the elephant in the room when it comes to selling your stuff, and it has mobile apps as well (Android, iOS), and it’s definitely suited to mobile, in-person transactions.

Digitizing paper documents and getting rid of unwanted stuff are the two main ways you can declutter using your phone, but there are plenty of other apps willing to lend a hand too. Other tools are prepared to help you get organized, for example, whether that’s setting up a to-do list or making a searchable inventory of everything you own.

Google Keep (Android, iOS) and Notes (built into iOS) can put together records of just about anything, and offer intuitive ways of keeping your notes organized as well. Other options for keeping track of your work include the ever-popular Evernote (Android, iOS) and the more focused Todoist (Android, iOS).

Getting your home and your possessions in order is a lot easier when you know exactly what it is you’re dealing with, and Sortly for Android and iOS can help with this. You can add entries for all of your stuff, all tagged and categorized, attach pictures and specs, and even get estimated values for everything you own, which is especially useful for home or renter’s insurance, or replacing your items in case of a disaster.

How about turning decluttering into a game? A number of apps can “gamify” your to do list, adding challenges and rewards along the way, and a couple of our favorites are Habitica (Android, iOS) and EpicWin (Android, iOS)—both let you set yourself specific targets and compete against other people (so you could get your whole family involved in the decluttering process).