How to watch Blindspot season 5 online: stream every episode from anywhere 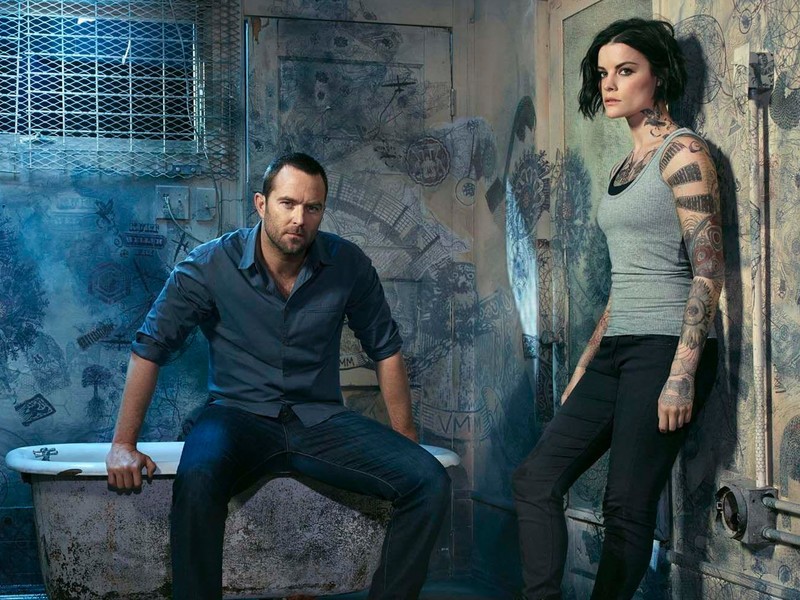 You’ve probably finished a puzzle or two during lockdown, but it’s nothing compared to the mysteries that Jane Doe’s impressive collection of tattoos have helped solved over the last few years. Now, a final puzzle awaits Jane and FBI special agent Kurt Weller – here’s how to watch Blindspot season 5 online and stream episode 1 from anywhere in the world.

Blindspot season 5 premieres on Thursday, May 7 on NBC at 9pm ET. For anyone without cable, Sling TV’s epic Happy Hour deal will let you watch new Blindspot episodes for free in a number of major metropolitan markets – read on for a full list of places NBC is included in the offer.

But first, a spoiler alert: if you’re not fully up-to-date with Blindspot (so having finished season 4 of the hit crime drama), some of the information below may contain unwanted surprises. Scroll down for our spoiler-free guide to watching Blindspot season 5 or learn how to watch Blindspot seasons 1-4 online.

Brought forward in NBC’s programming schedule due to the coronavirus – and then bumped back again due to the Parks and Rec special – season 5 of Blindspot is set to be the last in the series that stars Jaimie Alexander as Remi ‘Jane Doe’ Briggs (or Alice Kruger) and Sullivan Stapleton as special agent Weller.

The duo and their team are up against it heading into season 5, however, as they’re on the run after being framed for a crime they didn’t commit. There’s also the small matter of who survived the drone strike that totalled the cabin they’d been hiding out in at the end of season 4 – so straight off the bat, there are questions that need answering in episode 1 this week.

Ready to find our what’s next? Here’s how to watch Blindspot season 5 online and stream every new episode wherever you are right now – including for free.

How to watch Blindspot from outside your country

Blindspot returns to TV at a time when you’re probably stuck at home. Whatever the case may be, if you’re looking to get stuck in and find yourself abroad during lockdown, pesky geo-blocking restrictions may stop your normal streaming service being shown where you are.

Fortunately, there’s an easy solution. Downloading a VPN will allow you to watch Blindspot no matter where you are. This simple bit of software changes your IP address so that you can access episodes live or on demand as they become available, just as if you were lying on the couch at home.

Once installed, select the location of your home country and simply click connect. You’ll then be able to easily watch Blindspot season 5 from pretty much anywhere in the world.

How to watch Blindspot season 5 in the US

Blindspot season 5 is being shown by NBC starting on Thursday, May 7 at 9pm ET/PT – new episodes appear on the NBC website shortly after they’ve aired on TV, so you can stream them for free in the US.

The only catch with this is you’ll need to verify details of your cable provider to gain access – but there’s another way to watch Blindspot online for free that doesn’t require any credit card details whatsoever.

It comes courtesy of Sling TV and, more specifically, its fantastic Happy Hour offer. This lets you watch prime time TV on all the channels included in the great value Sling Blue bundle, which costs just $20 for the first month and $30pm thereafter.

NBC is one of these, and while it’s only offered in ‘select markets’ as part of Sling Blue, a number of major metropolitan areas are covered:

Alternatively, NBC is also available as part of the Hulu + Live TV package, which costs $54.99 a month but is a complete cable substitute, giving you access to all the on-demand content Hulu has to offer plus the ability to stream more than 60 channels live online – and there’s a FREE 1-week trial that will let you see if it’s right for you.

Can I watch Blindspot season 5 online in the UK?

Blindspot season 5’s UK release has been confirmed, but a “summer 2020” time-frame has been given. When it does air, it’ll almost certain do so on Sky Witness as with previous runs of the show.

In the meantime, seasons 2 and 3 of Blindspot are currently available on-demand with Sky and its streaming-only sibling, Now TV, whose Entertainment Pass provides great value for money at just £5.99 a month – it even offers a FREE 7-day trial so you can check out its full catalogue of great shows.

If you’re from abroad and these options don’t appeal to you, just remember you can grab a VPN as mentioned above and tune in to whatever streaming service you normally use and pay for back home.

Blindspot season 5 release date: can I watch in Australia?

Australian fans of Blindspot will be pleased to know that season 5 will be carried Down Under – but gutted to hear that there’s no release as yet.

When it does air, it’ll land on the Seven Network and its companion 7plus streaming service, where seasons 3 and 4 of Blindspot are currently available on catch-up.

Those who find themselves in Australia and want to watch Blindspot season 5 with the service they subscribe to at home will find one particularly helpful option – using a VPN. This will let you relocate yourself back to your country of origin and stream just like you would from your living room.

Watch Blindspot season 5 in Canada: is there a release date?

As with the UK and Australia, Blindspot season 5 doesn’t have a release date in Canada at present. Previous runs of the show have been aired by CTV, but anyone looking to catch-up or binge the show from the start is in luck.

That’s because Crave offers seasons 1-4 of Blindspot for on-demand streaming – and it’s super affordable with an entry-level bundle costing just $9.99 a month. Better still, it offers a FREE 30-day trial so you can see what it’s all about.

Canadians abroad wanting to watch the services they subscribe to back home could do worse than considering getting a VPN, which is an easy way to get around geo-blocking.