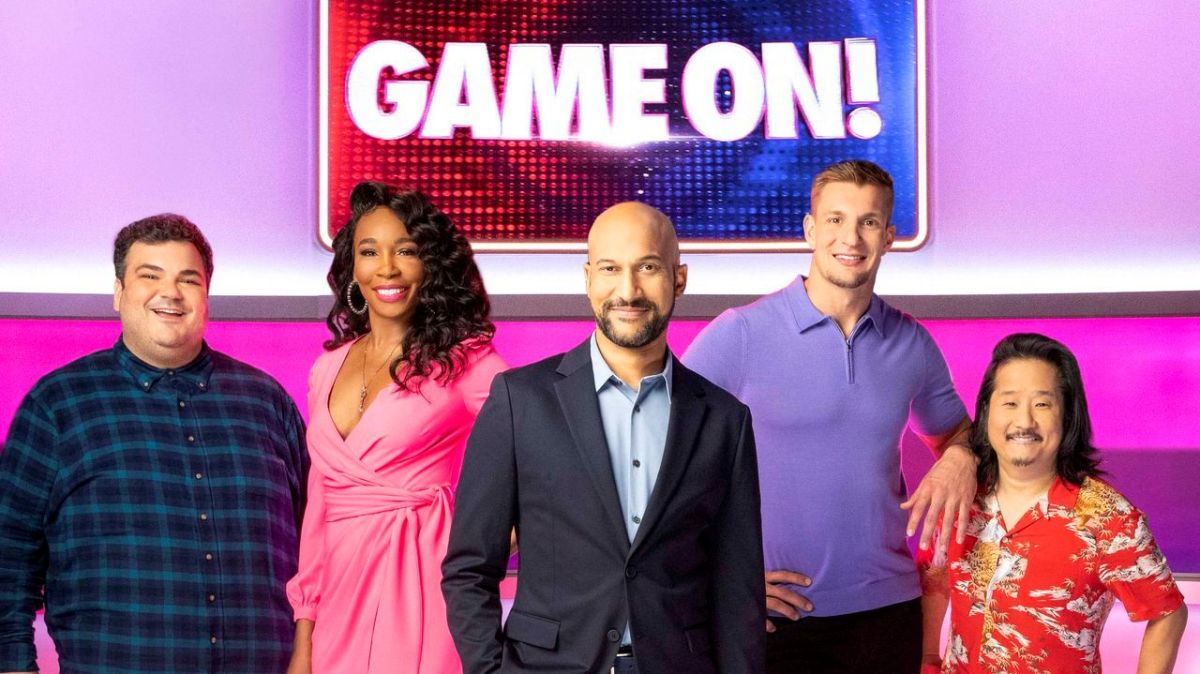 The sporting world may have been sidelined by Covid-19 recently, but a new comedy game show is here to help fill the void – read on to find out how to watch Game On! online and stream it no matter where you are in the world.

The new sports themed games show airs on Wednesday at 8pm ET on CBS in the US. CBS can be easily streamed without cable via a Hulu + Live TV package – where there’s currently a FREE 1-week trial on offer!

Produced by James Corden, the show is based on the UK’s A League of Their Own, which is hosted by The Late Late Show host. It’s set to feature the same blend of over-the-top physical challenges and tricky sporting trivia, but taking Corden’s place in the hot seat as host is comedian and actor Keegan-Michael Key

Competing against each other will be five-time Wimbledon tennis champion Venus Williams and three-time New England Patriots Super Bowl winner Rob Gronkowski. They’re mainstays of the show as team captains, and will be joined by Mad TV comedian Bobby Lee and Late Late Show writer Ian Karmel as regulars.

A rotating array of sports stars, comedians and celebrities will throw themselves into the fun and games each weekend, so read on to find out how to watch Game On no matter where you are in the world.

How to watch Game On! online in the US for free

If you have cable, Game On! is broadcast weekly on CBS at 8pm ET / PT and 7pm CT on Wednesday nights – and is then available to stream on CBS All Access in the US. It’s free if you have cable – you just need to input your provider details to watch. Otherwise, it’s $5.99 p/m for its Limited Commercials plan and $9.99 to stream without commercials.

Alternatively, there are numerous cord-cutting TV streaming services that have your viewing needs covered. Each comes with a free trial, usually of 7 days:

How to watch Game On! from abroad

While anyone in the UK will find it easy to watch Game On! courtesy of the CBS, folks elsewhere in the world may struggle to tune in to the new gameshow because of geo-blocking.

If this is the case, anyone from the US who’s currently abroad could consider using a VPN. This nifty bit of software changes your IP address so that you can access all the content and services you already pay for back home – just from anywhere in the world.

Once installed, select the location of your home country and simply click connect to watch the Game On! at home from anywhere on the planet.