How to watch Homecoming season 2: stream every episode online anywhere 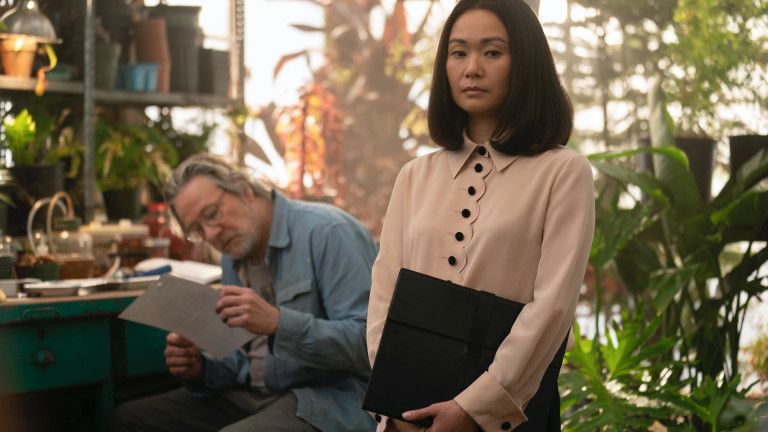 Based on a podcast of the same name, the second series of the anthology thriller brings some new faces and more intrigue – read our guide on how to watch Homecoming season 2 and stream every episode of the show from anywhere in the world.

Produced by Mr. Robot creator Sam Esmail, the first season boasted Julia Roberts in a rare TV role. The Pretty Woman star won’t be back this time out, with season 2 getting a new lead actor in the form of actress/singer-songwriter Janelle Monáe, alongside Oscar-winner Chris Cooper, with Stephan James and Hong Chau both returning.

Season 1 told the story of Heidi Bergman (Julia Roberts) and the mystery surrounding her former life as a caseworker at a government facility run by the shadowy Geist Group, which is testing out experimental drugs on soldiers to erase their PTSD-triggering memories.

The sophomore season is this time helmed by 13 Reasons Why director Kyle Patrick Alvarez and features a new story that deviates from the hugely popular podcast.

Promising even more twists, season 2 begins with Monáe’s character waking up in a rowboat adrift a lake, with no memory of how she got there or who she even is – kicking off a search for her identity that leads her into the heart of the Geist Group.

Read on and we’ll show you how to watch Homecoming season 2 online as well as stream every episode of the show from anywhere.

How to watch Homecoming on Amazon Prime Video

Homecoming season 2, like the previous run of the show, is an Amazon Original. This means that all 10 episodes of the new series will drop on Amazon Prime Video at once on Friday, May 22.

It also means that the popular streaming service is the only place you’ll be able to watch Homecoming season 2. Those completely new to the show will find that they can also watch the first season seasons of the thriller on-demand.

You can also subscribe to Prime Video without an Amazon Prime membership for a monthly cost of $8.99.

But most importantly, don’t forget that a FREE Amazon Prime trial is on offer, so you can watch Homecoming for free and see if the service is right for you .

Whether you subscribe in full or just take advantage of this deal, you can access Prime Video via your web browser, on smart TVs, iOS and Android smartphones/tablets, games consoles like the PlayStation 4 and Xbox One X, streaming boxes and dongles like the Roku Premiere+, Amazon’s Fire TV devices, Apple TV, as well as a number of compatible Blu-ray players.

How to watch Homecoming season 2 from outside your country

Homecoming season 2 is set to be released at a time when people are desperate for something new to watch. If you’re looking to get stuck in but find yourself stuck abroad in the lockdown in a country where Amazon Prime Video isn’t available, you might worry that you’ll be unable to watch show using your normal streaming service, due to frustrating geo-blocking restrictions.

Fortunately, there’s an easy solution. Downloading a VPN will allow you to watch Homecoming season 2 online no matter where you are, by changing your IP address to one in another location.

Once installed, select the location of your home country and simply click connect. You’ll then be able to easily watch Homecoming season 2 from pretty much anywhere in the world.

Can I watch Homecoming season 2 for free?

In the truest sense, it’s a negative, as you need an Amazon Prime subscription to watch Homecoming which costs money.

And as we’ve said, you can take advantage of a FREE Amazon Prime trial to see if its extensive entertainment catalogue and other benefits pack enough of a punch to merit your hard earned money in the long run.

Mr Robot: The show that put Sam Esmail as well as lead actor Rami Malik on the map, remains a groundbreaking drama thriller. Malek plays Elliot Alderson, a  hacker with crippling social anxiety and depression who has his life turned upside down after being recruited by an anarchist known as “Mr. Robot” who wants to destroy all debt records held by the largest conglomerate in the world.

Luther: Idris Elba plays DCI John Luther, a near-genius murder detective whose brilliant mind can’t always save him from the dangerous violence of his passions. Produced by the BBC,, like Bosch, Luther is both gritty and ambiguous, that’s bolstered by a powerhouse performance from Elba.

The Wire: One of the most influential and critically acclaimed shows of the century so, it’s a tense, brutally realistic American crime drama that hosts a wealth of acting talent including the likes of Michael K Williams, Dominic West and Idris Elba. The Wire will be of particular interest to Bosch fans as show runner Eric Overmayer was a key part of the writing team for the fourth season – and Bosch’s sidekick is Jamie Hector, aka Marlo Stanfield.

Better Call Saul: If Ozark is the spiritual successor to Breaking Bad, then chances are you’ll love its prequel, Better Call Saul. Charting the early career of crooked lawyer Saul Goodman (née Jimmy McGill) , it’s also the work of Vince Gilligan and has no less than five seasons to it’s name, so there’s plenty of binge-watching potential here.