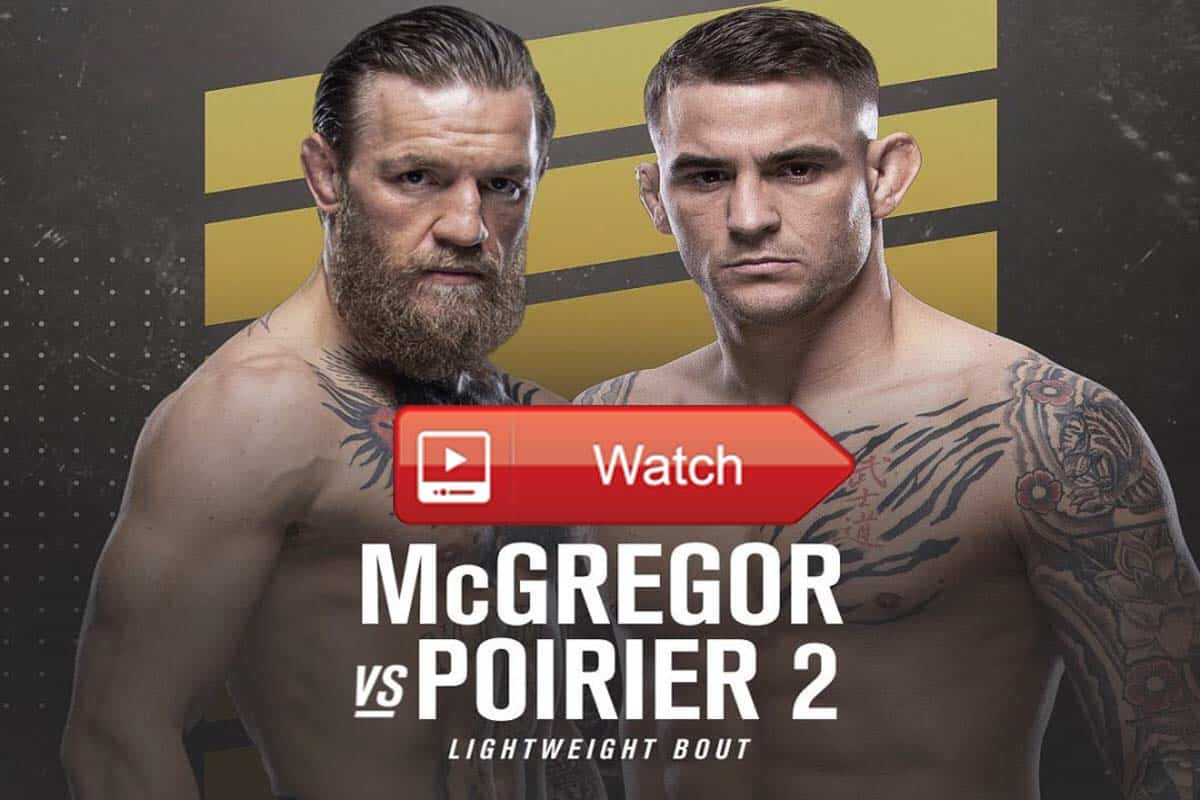 Whether you know him as The Notorious, Mystic Mac, or plain ol’ Conor McGregor – UFC’s biggest star is back in action this weekend to headline the promotion’s biggest PPV card since…well, the last time Conor McGregor stepped into the Octagon! Read on as we explain how to get a UFC 257 live stream and watch McGregor vs Poirier 2 online, plus key details like the McGregor vs Poirier time.

Irish MMA icon Conor McGregor returns to the Octagon this Saturday night for his first fight in a year – a rematch against American Dustin Poirier following the pair’s clash way back in 2014. Taking place on Abu Dhabi’s Yas Island, aka Fight Island, Dustin ‘The Diamond’ Poirier will be out for revenge after McGregor defeated him with a stunning first round TKO at UFC 178 all those years ago.

A vicious left-hook from the then-underdog Dubliner was all it took – the legend was born and within a year The Notorious would be UFC Flyweight title en route to becoming one of the sport’s first ever two-division champion.

The two UFC vets have shared remarkably similar records since that encounter, with both suffering a pair of losses – in both cases, the most recent came at the hands of Khabib Nurmagodemov.

With Khabib now out of the picture after his recent retirement, this fight is being regarded by many as a lightweight title eliminator, with the reward for the winner a likely match-up with Charles Oliveira for the belt later in the year.

UFC 257 live stream: how to watch McGregor vs Poirier 2 in the US

You’ll need to be subscribed to ESPN+ in order to watch UFC 257 in the US. However, if you aren’t already a subscriber, there’s an easy way to save cash on your membership and PPV fight at the same time.

You can buy a year’s subscription to ESPN+ and access to this weekend’s fight for just $89.98. Considering members usually have to pay $69.99 for this fight on top of their subscription (that comes in at $59.99 a year), that’s an excellent offer. If you’re already a member you can pick up that PPV ticket by itself for the usual price of $69.99.

Early prelim coverage starts at 6.30pm ET / 3.30pm PT, followed by the main card at 10pm ET / 7pm PT, with McGregor and Poirier expected to enter the Octagon some time from 12am ET / 9pm PT – depending on the pace of the other fights.

A subscription to ESPN+ also opens up access to live UFC Fight Nights, alongside original content including Dana White’s Contender Series, UFC Destined, and Ariel & The Bad Guy, plus classic fights, replays, and there’s also the perk of fewer commercials.

Quite a lot, as it happens – on top of being able to stream October’s big event, a subscription to ESPN+ opens up access to over 20 exclusive live UFC Fight Nights, alongside original content including Dana White’s Contender Series, UFC Destined, and Ariel & The Bad Guy, plus classic fights, replays, and there’s also the perk of fewer commercials.

The full card for this event is yet to be finalized, with all fights subject to last minute changes.