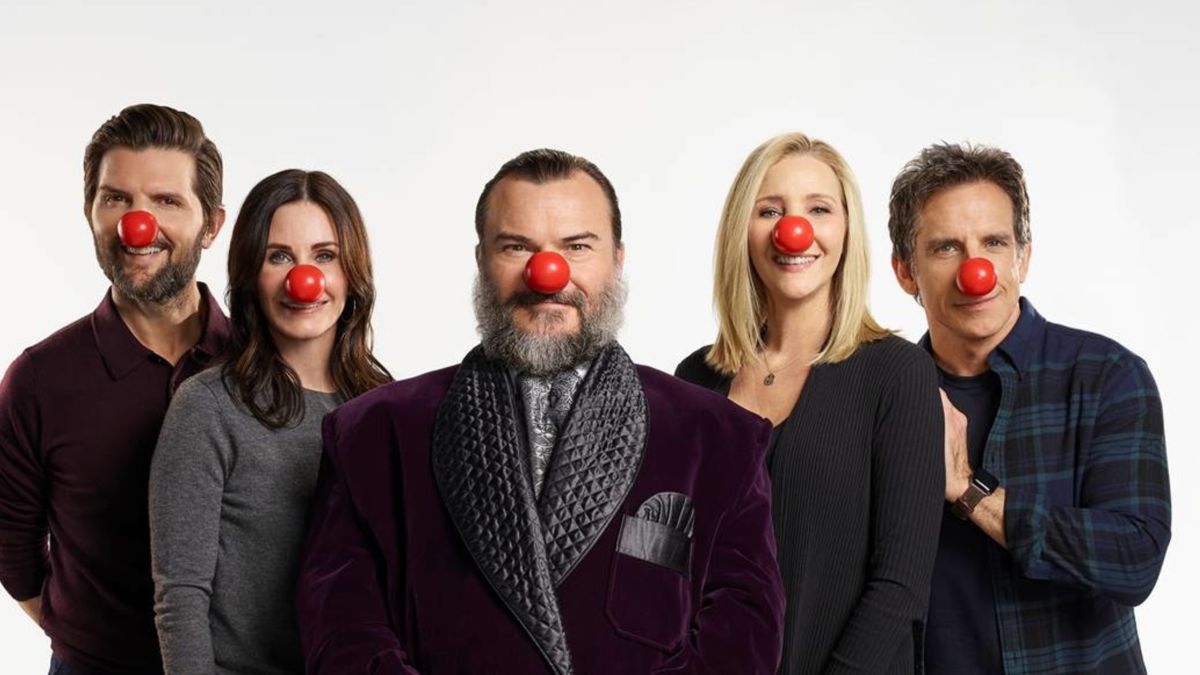 The sixth annual US edition of the charity telethon looks to be another star-studded affair in spite of recent events – so read on to find out to live stream the 2020 Red Nose Day special online and watch it from anywhere in the world, including for free.

The Red Nose Da charity special airs on Thursday, May 21 on NBC. The night’s entertainment kicks off with a special one hour show called Celebrity Escape Room at 8pm ET/PT which is then followed by the telecast which is set to run from 9pm to 11pm. NBC is available to stream as part of the Hulu + Live TV package, which offers a FREE 1-week trial .

Promising three hours of comedy and musical programming, this year’s main event will be hosted by This Is Us stars Mandy Moore and Justin Hartley.

It’s set to feature songs, sketches and short films from the likes of comedians Ricky Gervais, Sarah Silverman and Steve Martin alongside music stars such as Gwen Stefani, John Legend and Kelly Clarkson.

The main telecast will be proceeded by  “Celebrity Escape Room,” a one-hour special hosted by Jack Black that sees stars including Ben Stiller, Courteney Cox, Lisa Kudrow and Adam Scott trying to beat the clock and unlock a series of puzzle rooms in a bid to raise money for the charity.

The brainchild of “Love Actually” filmmaker Richard Curtis, Red Nose Day originated in the UK and is an annual tradition where where people buy and wear red noses to raise money to help tackle child poverty.

Over the course of the last six years, the US version of Red Nose Day has raised over $200m in the US and helped nearly 25 million children. Money raised by this year’s event will go towards groups including the Boys & Girls Clubs of America, Children’s Health Fund and Feeding America, with a particular focus this year on children impacted by the Covid-19 pandemic. Donations can be made here.

Here’s how to watch the Red Nose Day special online in 2020 and stream the event online from anywhere in the world.

NBC is making it easy to watch the Red Nose Day special online in 2020, with the entertainment beginning with Celebrity Escape Room  the syndicated time of 8pm ET/PT on Thursday, May 22, followed by the live event at 9pm ET.

This means you can stream the special, either through the NBC website, or using one of the network’s apps – available for iOS, Android, Roku, Amazon Fire TV, Apple TV, and Android TV devices, as well as the Xbox and select Samsung and Vizio smart TVs.

Those without cable will likely have found that NBC isn’t available on many popular cord-cutting options – but it is as part of the Hulu + Live TV package.

This costs $54.99 a month and represents a complete cable replacement – and there’s a FREE 1-week trial that will let you see if it’s right for you and allow you to watch the Red Nose Day 2020 special without paying a penny (give it to charity, instead).

How to watch Red Nose Day 2020 from abroad

As we’ve just explained, its really straightforward for anyone in the US to watch the telecast – but for folk anywhere else in the world, it isn’t quite so simple. As the charity event is an NBC exclusive, anyone from America abroad won’t find it being aired simultaneously in places like the UK, Canada or Australia. Equally, trying to tune into NBC  like you would from home will likely be impossible because of geo-blocking restrictions.

We know that this might not be a likely scenario for many, due to coronavirus travel restrictions, but the fact is people are still being required to travel – and some are even regrettably stuck abroad during this difficult time.

Fortunately, there is a solution in the form of a VPN. This nifty bit of software changes your IP address so that you can access all the content you normally would at home, from anywhere in the world.

Note that some services require you to verify local credit card or cable subscription details before gaining access, so have these to hand to make getting your Red Nose Day live stream

Once installed, select the location of your home country and simply click connect to watch the US Red Nose Day special at home from anywhere on the planet.