How to Watch SpaceX Launch Astronauts to the ISS 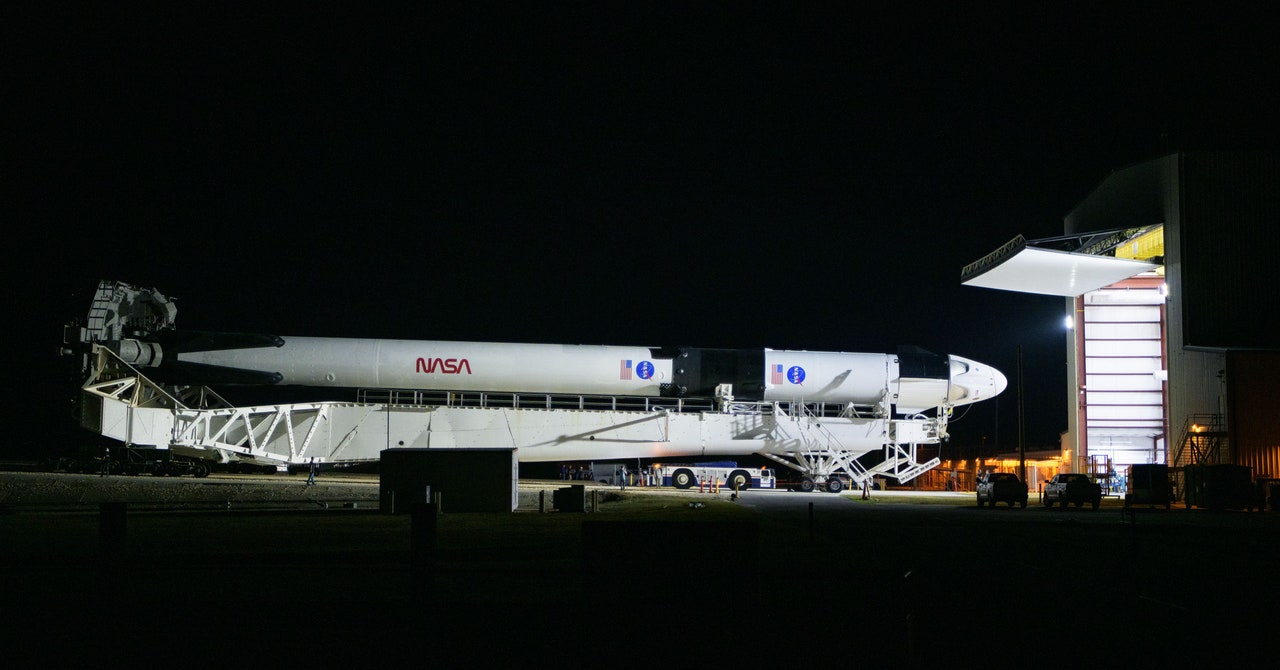 On Wednesday afternoon, veteran NASA astronauts Bob Behnken and Doug Hurley are expected to catch a ride to the International Space Station aboard SpaceX’s Crew Dragon. It’s a huge moment for space exploration and it marks the beginning of commercially operated crewed rocket launches. NASA and SpaceX have been working toward this goal for over a decade and this launch is the last major test before NASA certifies the Crew Dragon for human spaceflight.

Behnken and Hurley will depart from historic launch pad 39-A at NASA’s Kennedy Space Center in Florida. This is the same pad that sent the Apollo 11 astronauts on their way to the moon and also hosted the final space shuttle flight in 2011. That was the last time American astronauts launched from the US; since then, every astronaut bound from the US has hitched a ride on a Russian Soyuz rocket. Now, the nine-year hiatus on human spaceflight in America is coming to a close.

“It’s happening later than a lot of people were hoping, but it was as fast as humanly possible,” says Chad Anderson, the CEO of SpaceAngels, a space-focused venture capital firm that has invested in SpaceX. “They were competing with Boeing to be the first to deliver astronauts to the space station and they’re way out in front.”

During the shuttle era, Kennedy Space Center was usually packed with people who turned out to watch crewed launches. But NASA administrator Jim Bridenstine has urged would-be spectators to stay home and watch online to protect NASA employees from Covid-19. “We’re asking people not to come to Kennedy,” Bridenstine told reporters earlier this month. “It makes me sad to even say it, but we don’t want an outbreak.”

Behnken and Hurley have been in quarantine since May 13. A two-week quarantine is typical before launches to the International Space Station, but NASA and SpaceX took some extra precautions to ensure that the crew doesn’t bring the novel coronavirus to space. This mostly involved maintaining social distancing practices during training, keeping training personnel to a bare minimum, and requiring anyone interacting with the crew to undergo a temperature check and wear protective gear.

On Wednesday, Behnken and Hurley will head to the pad about 3 hours before launch. They’ll be transported in a white Tesla Model X that is decked out in the old NASA “worm” logo that has been revived for the launch. They’ll take an elevator to the crew access arm on the launch tower and climb into the capsule. Behnken and Hurley will then do a series of system checks that will determine whether the capsule is go for launch, and they’ll arm the Crew Dragon’s abort system that will blast them off the pad if there’s an emergency. SpaceX will begin fueling the rocket with supercooled liquid oxygen and kerosene 45 minutes before launch.