How to watch The Flash season 6 finale online from anywhere 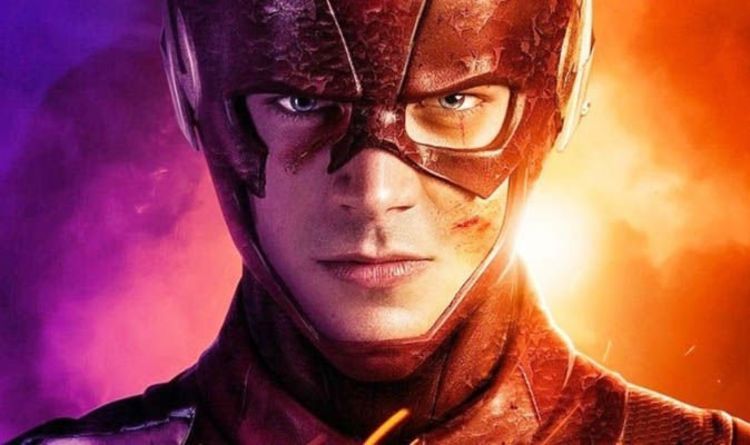 After 18 episodes and one huge multiverse crisis, The Flash is finally set for its season 6 curtain call. As the lights dim on Barry Allen and Central City once again, don’t miss a moment of the action – here’s how to the watch The Flash season 6 finale online and stream episode 19, ‘Success is Assured’, from anywhere in the world tonight.

The Flash season 6 finale airs on Tuesday, May 12 at 8pm ET/PT in the US – and as usual, its home is free-to-air channel The CW. This means it can also be easily streamed on Hulu, which offers a free trial of the Hulu + Live TV package you need to watch The Flash without cable.

Spoiler alert: if you’re not fully up-to-date with The Flash season 6, you may find some unwanted surprises below. Please bear this in mind and scroll down for specific guides to watching The Flash online in countries other than the US – where the episode order may be different.

This wasn’t meant to be the final episode of The Flash season 6, of course – but the Covid-19 pandemic meant the show could only film 19 out of an originally planned 22 episodes. We’re still set for an action-packed send off, though, as this year’s Flash season finale sees Barry Allen (Grant Gustin) finally meet the Mirror Master – and their true identity might come as a surprise.

Originally an Arrow spin-off, The Flash was the second show to launch as part of the Arrowverse and quickly became one of the very best superhero shows around – as well as playing a key part in this year’s Crisis on Infinite Earths crossover.

That’s all old news now, though, so let’s cut to the chase – here’s how to watch The Flash season 6 finale online and stream episode 19 of the hit Arrowverse show no matter where you are right now.

Can I watch The Flash on Netflix?

Yes – but only if you have access to Netflix Canada.

It’s the one major country where all six seasons of The Flash, including new episodes like tonight’s big finale, can be streamed on the popular service. Which is great news for those living in the Great White North – and terrible news if you happen to be anywhere else.

That’s because geo-blocking will almost certainly prevent you from watching the shows and movies you normally would at home, even if you pay for a Netflix subscription.

Fortunately, there’s an easy solution – using a VPN. This clever bit of software allows you re-point your computer back to a location in Canada so you can stream your local Netflix catalogue just like you would from the comfort of your couch.

Of the many options, our testers rate ExpressVPN as the best option due to its ease of use, fast speeds, and security features – and better still, you can get a 49% discount and 3 months extra FREE if you sign up to ExpressVPN today.

Allow us to explain more.

How to watch The Flash season finale from outside your country

Those who already have a streaming service they use to watch The Flash season 6 finale online may find themselves unable to access it when abroad, due to pesky geo-blocking restrictions. Yes, we’re aware that most of us aren’t going anywhere in the near future, but global travel will one day resume and, god forbid, you may even be stuck abroad during these difficult times.

Fortunately, there’s an easy solution to geo-blocking. Downloading a VPN will allow you to watch Crisis on Infinite Earths and every new episode of The Flash no matter where you are. This simple bit of software changes your IP address so that you can access episodes live or on demand just like you would at home.

Once installed, select the location of your home country and simply click connect. You’ll then be able to easily watch The Flash season 6 finale online from pretty much anywhere in the world.

Free-to-air channel The CW is the home of The Flash and other Arrowverse shows in the US, which means you’re spoilt for choice when it comes to watching it online ahead of tonight’s season 6 finale – which airs at 8pm ET and PT.

If you don’t have access to The CW by way of a cable package, know that it can be watched live via Hulu in large parts of the US – plus, a FREE 1-week trial means you can watch The Flash for free while deciding if it’s the right streaming service for you.

As before, if you find yourself out of the country, you can use clever software like ExpressVPN to watch The Flash season finale and access all the content you pay for just as if you were at home.

How to watch The Flash finale online in the UK

Sky has the rights to The Flash in the UK, but it’s a few weeks behind the US in terms of airing new episodes on Sky One. The second half of The Flash season 6 started on Tuesday, March 31, so while you can tune in at 8pm tonight, you won’t be getting the finale like you would in the States – but rather episode 15.

Nevertheless, Sky subscribers can watch The Flash season 6 via the Sky Go app, which is available to them at no extra charge on Android, iOS and PC/Mac devices. The only catch is that anyone new to the series will find only season 4 and 5 are available to watch on-demand.

Those who don’t want to commit to a lengthy Sky contact aren’t left behind, either, as they can snap up a superb value Now TV Entertainment pass – it costs just £8.99 a month and there’s even a FREE 7-day trial on offer right now. Like Sky Go, you’ll get new Flash season 6 episodes to watch just after they drop on Sky and seasons 4 and 5 in full on-demand.

The Flash season 6 airs on Foxtel in Australia and that means fans of the show can make use of either the handy Foxtel Now (PC/Mac/web) or Foxtel Go (Android and iOS) streaming app to watch the big finale online this week.

Yep, Flash fans Down Under have it good, as FOX8 is showing The Flash season 6 finale – episode 19 – at 8.30pm ASDT on Wednesday, May 13. That’s more or less in line with the US release date, when you take into account the time difference, so you don’t have to worry about bumping into unwanted spoilers on the internet.

Of those two streaming options, existing Foxtel customers will want to make use of Foxtel Go, which comes free with their subscription. Anyone without a pricey pay TV package, however, should try the provider’s standalone Foxtel Now service, which offers a FREE 10-day trial.

If you happen to be going abroad and are worried that geo-blocking will stop you from watching The Flash season finale like you normally would, don’t worry – just use a VPN to point yourself back Down Under and you’ll be able to stream as usual.

How to watch The Flash online in Canada

Canadians are arguably the luckiest in the world when it comes to watching The Flash season 6 finale online.

All six seasons of the show, including new episodes, are available on the country’s version of Netflix – and Netflix Canada is priced at just CA$9.99, making it one of the cheapest ways in the world to watch The Flash season finale right now.

Can’t watch The Flash on Netflix Canada as usual due to pesky geo-blocking restrictions? Watch just like you would at home by using a VPN to magically reappear in Canada and gain access to all the content you’d normally be able to stream.