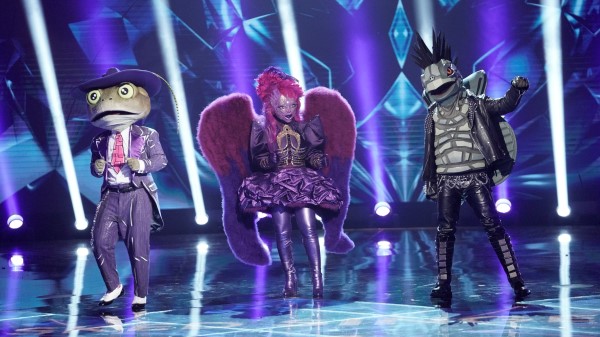 The Masked Singer has been flying the flag for protective facial coverings long before it was considered a public transport necessity – and now the hit singing competition is about to crown a new winner in the US. Here’s how to watch The Masked Singer live tonight and stream the finale of season 3 from anywhere in the world.

In addition to Zito, we’ve seen Poison singer Bret Michaels voted off and discovered to be the voice behind the Banana; country music star Hunter Hayes defrocked as the Astronaut; and Kitty unmasked as singer Jackie Evancho. Other previous contestants include Lil Wayne, Drew Carey, Sarah Palin, Tony Hawk and Rob Gronkowski.

Who will win The Masked Singer this year? It’s safe to say there’s still a surprise or two in store, so read on as we explain how to watch The Masked Singer finale live – stream the show online and for free no matter where you are in the world today.

Those with cable will find that watching The Masked Singer online is easy as pie. Like previous episodes, tonight’s finale is on Fox at 8pm ET/PT. And it’s just as simple if you don’t have a TV package, thanks to Hulu.

Hulu offers the show for on-demand streaming and can be had from just $5.99 a month – it even offers a FREE 1-month trial, so you can watch the rest of The Masked Singer season 3 online without paying a penny.

If you want to watch live, you’ll need its Hulu + Live TV package – a complete cable replacement that costs $54.99 a month after a free 30-day trial .

Anyone from the US who currently finds themselves abroad for whatever reason can access the streaming service they normally use and pay for by tapping into a VPN – details of how to do this are below.

How to watch The Masked Singer finale in Canada tonight

The US version of The Masked Singer also airs live in Canada – and today’s finale is no exception. As has been the case throughout season 3, CTV is airing the show at the same time it’s broadcast south of the border – so 8pm ET.

The network offers an app that lets you live stream whatever’s being shown. And as in the States, Canadians away from home can use the same streaming service they normally would by utilizing a VPN – read on for a full guide to doing just that.

How to watch The Masked Singer finale from outside your country

If you happen to be away from home at this tricky time, don’t despair. You can easily watch The Masked Singer finale from nearly anywhere, despite the unfortunate digital phenomenon known as geo-blocking.

The solution to this comes in the form of a VPN, which changes your IP address so that you can access your favorite shows just like you would at home, including The Masked Singer.

This is particularly important if you’re currently travelling in a country like the UK or Australia, which both have their own versions of The Masked Singer – airing exclusively in these markets and at different times to the North American iteration of the show.

There are hundreds of VPNs to choose from, although we recommend ExpressVPN. It’s fast, simple, and straightforward to install. It’s also compatible with a whole host of devices, including Amazon Fire TV Stick, Apple TV, Xbox, PlayStation, iOS and Android software.

ExpressVPN’s flexible 30-day money back guarantee is difficult to argue with. Even better, you can purchase an annual plan for a 49% discount and 3 months extra FREE – a brilliant offer for an essential bit of software.

Once installed, select the location of your home country and simply click connect. You’ll then be privy to tonight’s big Masked Singer finale just like you would be at home.