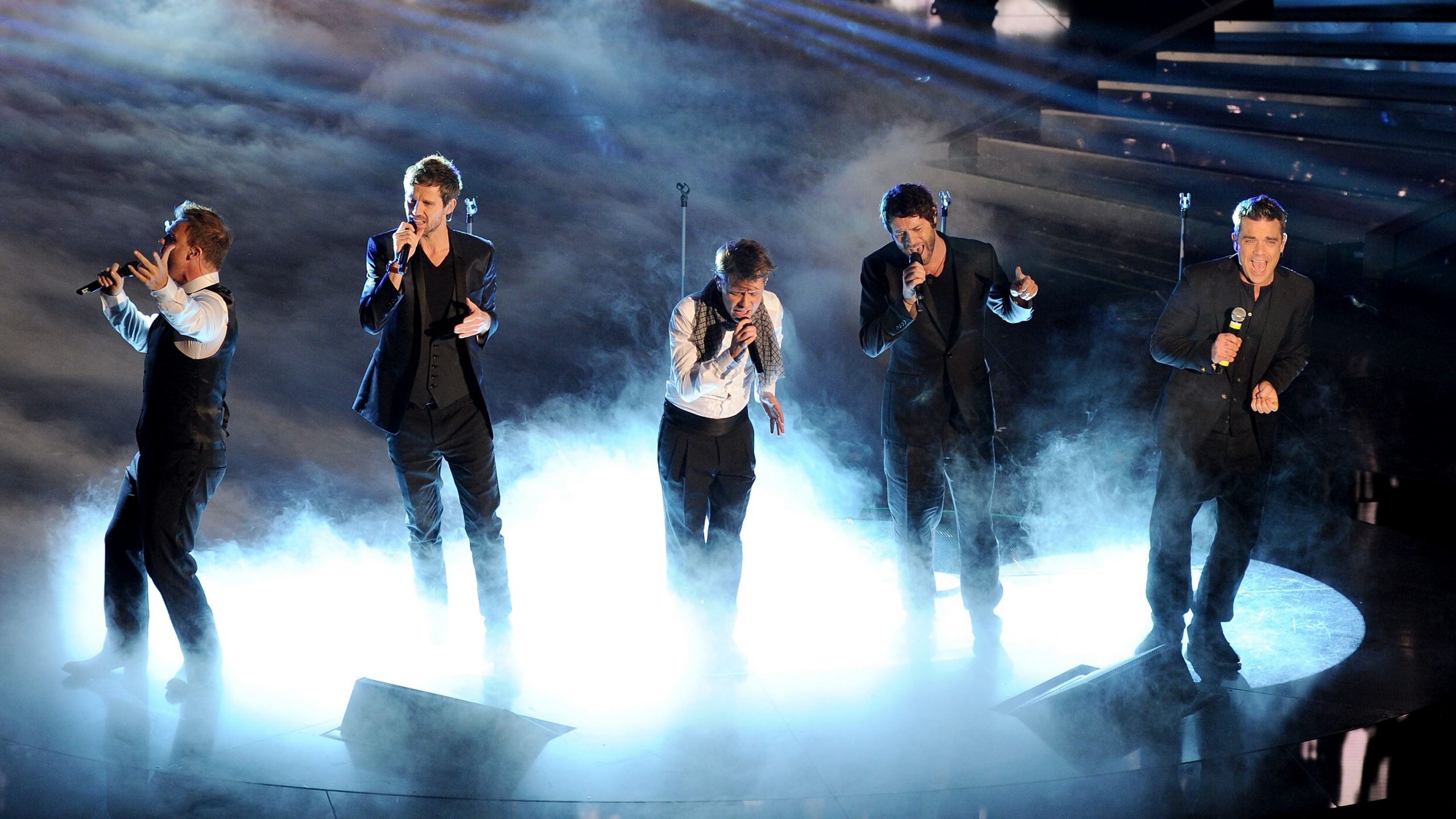 Get ready to roll back the years, Take That are reuniting for a one-off performance – and it couldn’t be easier to catch every song online tonight. Follow our guide below as we explain how to watch the Take That concert live from anywhere in the world, including for free.

Take That are performing a charity concert on Friday, May 18. Meerkat Music will be hosting a live stream of the gig on YouTube from 8pm BST / 3pm ET – though it looks like access is restricted to the UK.

While Gary Barlow, Howard Donald and Mark Owen have kept Take That alive as a trio in recent years, this gig is something special because founding member Robbie Williams will join the group for the first time since 2014.

The reason for the reunion is that tonight’s Take That concert is a charity benefit, with proceeds going towards music therapy non-profit Nordoff Robbins and Crew Nation – which is supporting venue and touring staff who depend on live shows for their income. Needless to say, it will be performed remotely given the current circumstances.

The performance is also noteworthy as it’s the first event to be held under the Meerkat Music moniker – a spin-off of popular price comparison website Compare the Market.

But there’s disappointment in store for many Take That Fans, as it looks like live streaming access will be restricted to UK YouTube viewers. Brits abroad have options, though – so read on as we tell you all the best ways to watch the Take That concert and live stream the reunion gig no matter wherever you are on earth tonight.

How to watch the Take That concert: live stream for FREE in the UK tonight

Take That’s concert for charity will be streamed live online from 8pm BST on YouTube tonight – Friday, May 22.

As well as being able to watch YouTube on the web, the video sharing platform also has apps for pretty much any device you’ve ever heard of – including Android, iOS, Xbox, PlayStation, Roku, Fire TV, and more. If you don’t already have it downloaded, a quick search on your hardware of choice should get you up and running.

Best of all, the concert is absolutely free – so you can watch a Take That live stream without paying a penny this evening. The only caveat is that the YouTube feed appears to only be available to UK viewers – but then that’s probably you, so you’re sorted.

If you’re from the UK but currently abroad for whatever reason, then you also have an option – which we explain in full below.

How to watch the Take That concert live online from abroad

While anyone in the UK will find it easy to watch tonight’s Take That concert courtesy of the free YouTube stream, folks elsewhere in the world may struggle to tune in because of geo-blocking.

Anyone from the UK who’s currently outside of the country could consider using a VPN. This nifty bit of software changes your IP address so that you can access all the content and services you already pay for back home – just from anywhere in the world.

Once installed, select the location of your home country and simply click connect to watch the telethon at home from anywhere on the planet.