How to watch UFC 249: live stream Ferguson vs Gaethje online from anywhere 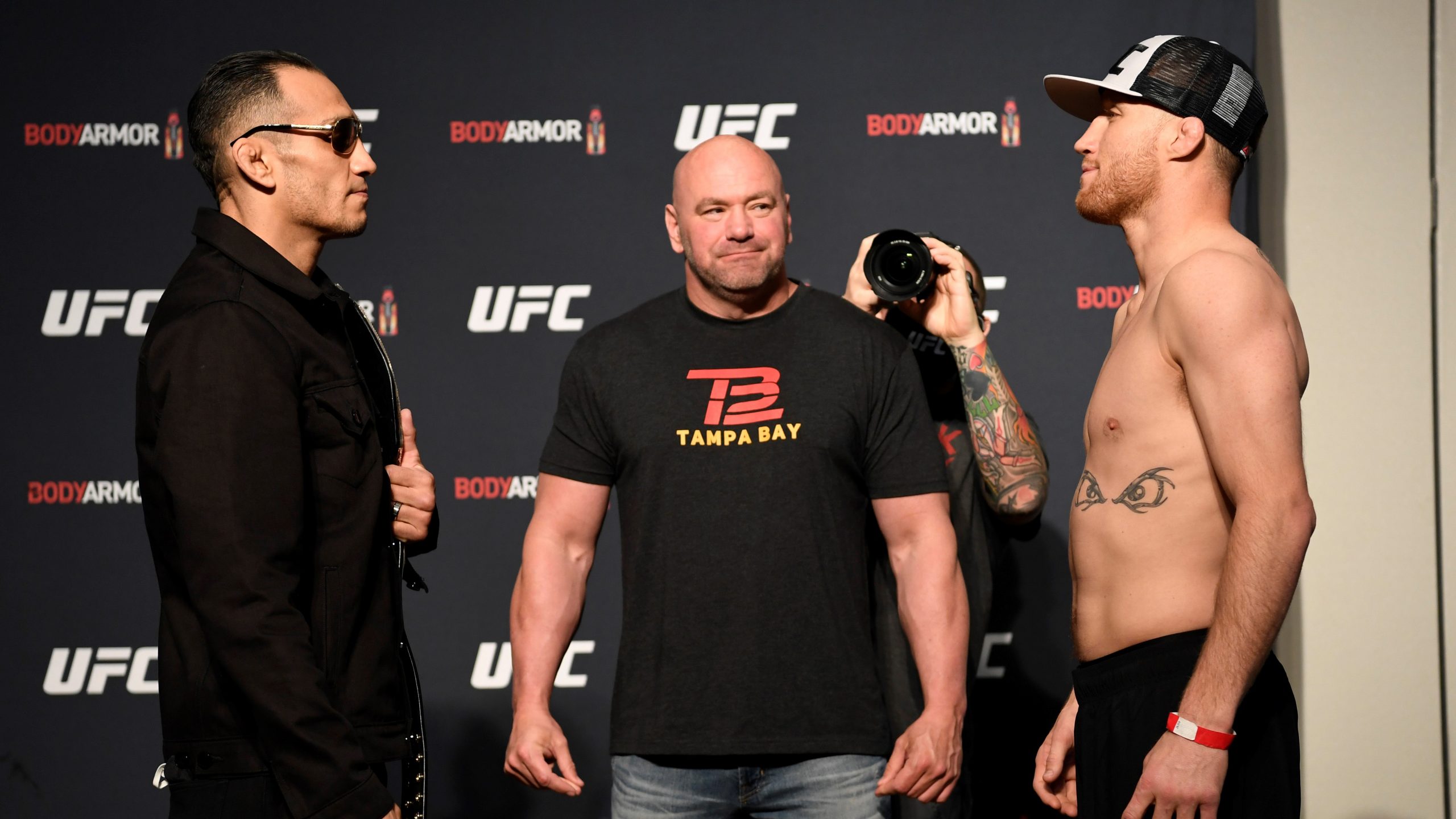 If you’ve been missing live sports, then today’s your lucky day, as MMA action returns in what’s hopefully a sign of things to come. Yes, after weeks of back and forth between promoter Dana White and various other bodies, UFC 249 will take place behind close doors tonight at the VyStar Veterans Memorial Arena in Jacksonville, Florida. You’ve been waiting for this a while, so let’s cut to the the chase – here’s how to watch Tony Ferguson vs Justin Gaethje and live stream UFC 249 online tonight from wherever you are.

UFC 249 is scheduled to take place on Saturday, May 9. Things get underway with the early prelims at around 6pm ET/3pm PT, which is 11pm BST in the UK, while Ferguson vs Gaethje is provisionally slated for 10pm ET/7pm PT/3am BST. American readers wanting to cut to the chase need only know that ESPN+ will be the place to watch the fight.

We’ll also outline the full card for UFC 249 and tell you all the key times you need to know about tonight, including the Ferguson vs Gaethje start time in countries like the UK and Australia.

Wait or no wait, Tony Ferguson enters tonight’s octagon clash as the hot favorite, with the 36-year-old American already regarded as one of the best lightweight fighters of all-time. He was hoping to secure his legacy in the original UFC 249 headline match last month, which had him set to go up against Russia’s Khabib Nurmagomedov. But that was called off after The Eagle found himself stranded in Russia due to the country’s Covid-19 travel restrictions.

In his place steps Justin Gaethje, a 31-year-old American who currently sits at fourth in the UFC lightweight rankings. While not necessarily the blockbuster opponent Khabib represents, he’s well-respected in MMA circles and poses a significant threat to Ferguson in a fight that will be shown exclusively via ESPN+ in the US.

The winner of the new UFC 249 headline fight will be crowned the interim UFC lightweight champion – and no doubt fight Khabib at a later date. Tempted? Our guide explains how to watch UFC 249 and live stream Tony Ferguson vs Justin Gaethje from anywhere on the planet.

Watch Ferguson vs Gaethje: live stream UFC 249 online exclusively on ESPN+ in the US

UFC fans in the US will likely know that ESPN+ has the exclusive rights to all of the biggest MMA fights around. That means it’s your one and only place to watch UFC 249 tonight, when the promo materials have Ferguson vs Gaethje starting at around 10pm ET (7pm PT) .

Your options for watching the event depend on whether or not you have already dived in and bought a subscription to ESPN+. If you haven’t, then the obvious way to go is with a UFC Bundle, costing you $84.98. While that might sound like a lot, that is not just getting you the UFC 249 PPV, but you’ll get a year-long subscription to ESPN+ (that would normally cost $50 alone).

On top of being able to stream this Saturday’s event. A subscription to ESPN+ also opens up access to over 20 exclusive live UFC Fight Nights, alongside original content including Dana White’s Contender Series, UFC Destined, and Ariel & The Bad Guy, plus classic fights, replays, and there’s also the perk of fewer adverts.

In the UK (and Ireland), BT Sport has the exclusive broadcast rights to UFC. The good news for subscribers is that UFC main events like UFC 249 are increasingly shown for FREE on the network, which is a real win considering how much they cost on PPV in other countries around the world.

This was the case with UFC 247, UFC 248…and we’re now pleased to say that the latest TV listings we’ve checked show UFC 249 as airing on BT Sport 1 from 1am tonight for the prelim action. That means it’s free if you already have a BT Sport subscription, while based on the scheduled 10pm US start time, that means a provisional Ferguson vs Gaethje UK time of around 3am.

Additionally, BT Sport also offers a spoiler-free replay page which allows you to watch full UFC main cards at your convenience. Which is usually pretty handy, given the less than sociable start times of UFC events in the UK.

Whenever it does air, BT Sport coverage of UFC 249 will also be available via the BT Sport app and on its website. And don’t forget that you can now get BT Sport without a massive commitment, thanks to the £25 Monthly Pass.

How to watch UFC 249 live: stream Ferguson vs Gaethje in Australia

For anyone over in Australia, the place to head for your UFC 249 live stream is Foxtel Main Event. Orders are now open and pricing is set at $54.950 – you can grab the PPV here for access to the entire card. Things get underway in Australia on Sunday, May 10 from 12pm AEST.

However, you can watch selected parts of the UFC 249 card for much less via over-the-top streaming service Kayo Sports, which offers a FREE 14-day trial and (when things get back to normal) is also home to every AFL and NRL match Down Under.

Fans based in New Zealand are able to catch May’s major MMA brawl over on Sky Arena, which is now taking bookings. Similar to most other TV platforms, UFC 249 is a pay-per-view and costs $39.95 for access to the main card (prelims aren’t included).

As previously mentioned, the coronavirus pandemic has already seriously impacted the UFC 249 fight card and led to multiple changes. All information was correct at time of publication but is subject to alteration.

Quite a lot, as it happens – a subscription to ESPN+ opens up access to over 20 exclusive live UFC Fight Nights, alongside original content including Dana White’s Contender Series, UFC Destined, and Ariel & The Bad Guy, plus classic fights, replays, and there’s also the perk of fewer commercials.