How *World of Warcraft* Has Evolved With the Internet 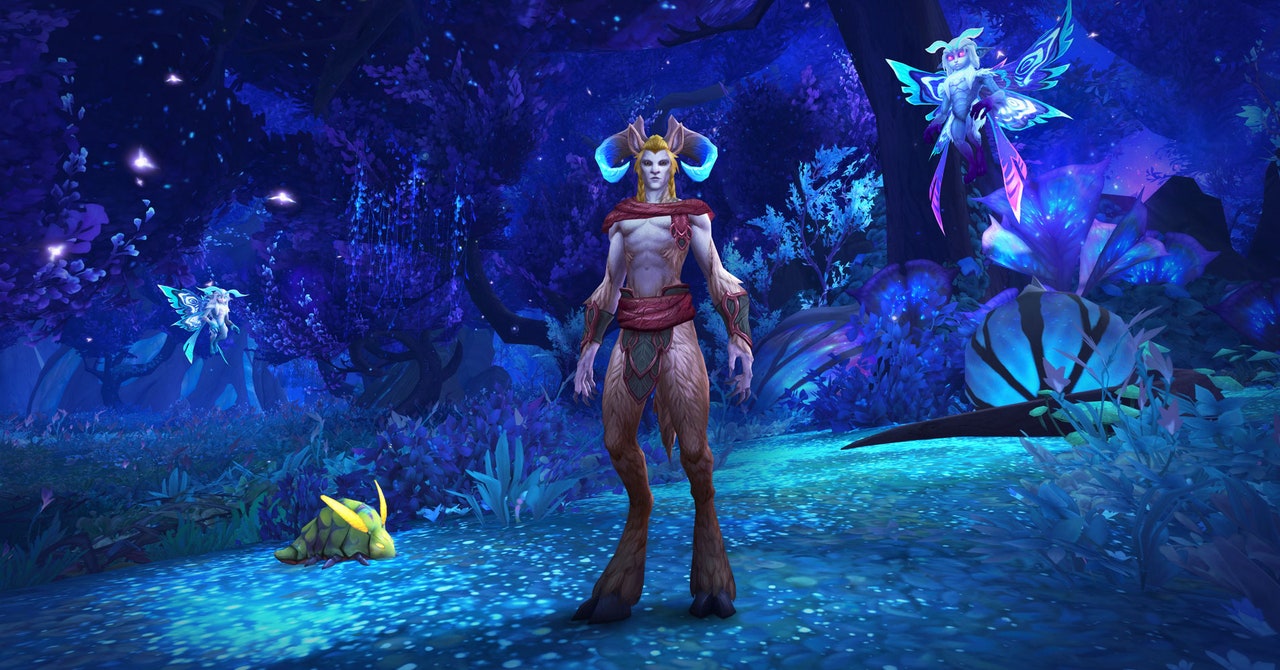 Hazzikostas, known to the World of Warcraft community as Watcher, has developed the 16-year-old massively multiplayer online role-playing game since 2008. On a call with WIRED, he reminisced about how, early in the history of games, before raid walk-through videos, data-mining dumps, and Easter egg maps, opacity was a double-edged sword. To explain, he swerved over to Street Fighter.

“You’d have a whole competitive hierarchy in a local arcade, a local video game store, where there was some character that was perceived as the best or the strongest because some person in the neighborhood was great with them,” he says. But in the next town over, arcade regulars battled with different tricks, different strategies, a different hierarchy of characters. Information was fragmented, localized.

“The reality is that almost everybody was playing the game wrong,” says Hazzikostas.

These days, before a new Street Fighter releases players have researched and number-crunched with the gusto of a rocket science research lab, assembling tier lists and theorizing optimal move combos immediately posted on Reddit and YouTube. “The internet as a whole, the world as a whole, has refined the process of accelerating and socializing information, figuring out problems.” For Hazzikostas, tasked with stretching World of Warcraft into a larger and larger virtual universe, and sustaining an increasingly elusive sense of awe, that accessibility of information is both a curse and a blessing.

“There were no rules. There was no right or wrong way to play.”

In its early days—fittingly for the fantasy genre—World of Warcraft’s magic was deeply intertwined with its sense of mystery. It was countless gamers’ first MMORPG; back then, the pull it had on millions of players was in part due to the vastness of its world and the long, rocky path to top level glory. To find a party, you’d stand in the city center and /shout until someone agreed to come with you. To teleport to another city, you’d track down and pay a mage. To attempt a raid, groups of dedicated players relied on the age-old method of trial and error. (This contributed to the viral “Leeroy Jenkins” meme, in which a player of that name abruptly sprints into a dungeon midway through a meticulous strategy explanation.)

“There were no rules. There was no right or wrong way to play. Just you and your pet wolf, as a hunter, trying to make your way in the world and figure things out from there,” says Hazzikostas.

Swimming around in this deep, cloudy sea, players had to search blindly for open hands to hold. This feeling of being teleported into an antagonistic, unknowable world forced players to use each other as buoys.

After 30 minutes of yelling “LFG SHAMAN LVL 40” before landing in a party, Hazzikostas says, players were “much more likely to be tolerant of each other’s faults. You probably weren’t going to kick your healer who made a mistake from the group, because then you’d be back to spamming chat for 30 more minutes.” If the healer kept everyone alive and was even a little nice, you’d be more likely to add them to your friends list for faster leveling next time. Strong networks of friends emerged from this, players who’d shift from discussing spell rotations to significant others, in text chat, third-party voice chat, or over the phone.

“There’s an inverse relationship between friction and the strength of bonds that are formed as a result of that friction or to overcome that friction,” says Hazzikostas.

Over the course of its life, World of Warcraft, like other still-relevant MMORPGs, has streamlined. Developers smoothed out the bumps slowing down players’ pathways to the high-octane stuff—live-or-die raids and fanciful new landscapes—with automatic party-finders, quest markers, simplified gameplay systems and the like. Leveling is fast, and is slated to become 60 or 70 percent faster with World of Warcraft’s upcoming Shadowlands expansion. Players led much of this change, with aggressively aggregated information on forums, wikis, and walkthroughs, and the culture of optimized grinding that’s now become the norm.