Huawei P40 Pro with EMUI 10.1 is Android and then some 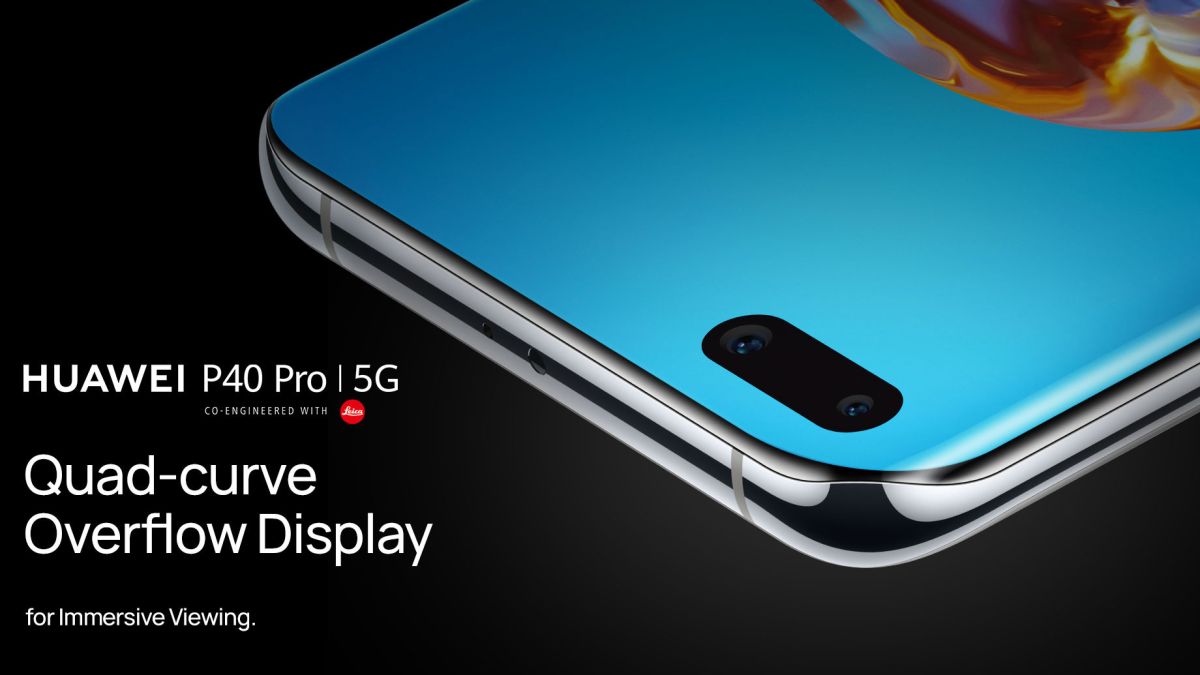 The true brilliance of the P40-series and new Huawei phones shines through when you fire up the software though. Built on Android, EMUI 10.1, Huawei’s rich interface runs Android apps, and is packed with more features than traditional Android smartphones.

Despite the fact Huawei isn’t working with Google in the same way anymore, EMUI 10.1 is still pretty slick. To really understand all the facts about Huawei, and how to get the most of your new Huawei device, it makes sense we explore the P40 Pro and EMUI 10.1 together.

Inspired by water, the P40 Pro’s Quad-Curve Overflow Display spills over all four sides of the phone. When you pick it up and your thumb swipes in over the edge of the screen, everything feels seamless – no corners; just smooth, rich, curvaceous glass and metal.

In turn, using it is both a visual and tactile treat. Thanks to its Kirin 990 5G chipset, Huawei’s flagship packs power, advanced AI capability and speedy 5G network speeds; and as for its camera, simply put, it’s best in class.

Getting apps from your old phone to your new one is a breeze. It all starts with Huawei’s Phone Clone software, which copies almost all your apps to your new P40 Pro, whether you’re coming from an Android device or an iPhone. This also takes care of contacts, photos, music and more, speeding up the setup process so you can focus on getting on with life.

Once set up, you’ll have most of your apps on board, but when you need more, there are a handful of easy, comprehensive ways to get new apps onto your P40 Pro. The first is Huawei’s app store, the AppGallery. It features favourites like Amazon Shopping, Deliveroo, Microsoft Office, Snapchat, TikTok, Tinder, Zoom and many, many more. AppGallery also manages updates and is your main destination for games.

Next, Petal Search – Find Apps is a new tool from Huawei that acts as a gateway to a million apps. Smarter than your average app finder, it scours the web and multiple app sources, so you can quickly, easily install apps like Facebook and WhatsApp to name a few in moments – even if you won’t find them in the AppGallery.

Petal Search also doubles up as a comprehensive search engine for everything from news to images and more. Available as a standalone app, preinstalled on new Huawei phones, or downloadable from the AppGallery, it can also be used as a handy widget, so you can access a world of apps from your home screen.

What about Google services like Gmail, Maps and YouTube? These won’t copy over with Phone Clone, and aren’t available in the AppGallery. However, you can easily use these as web apps, which can act like traditional apps – all accessible through shortcuts on your home screen.

Creating web app shortcuts is simple – just open up the Browser, navigate to youtube.com, for example, hit the three dots in the top right and select ‘Add to home screen’. Once done, you’ll see a shortcut to the service, complete with the Maps, or YouTube logo, so you can access any service as you would a traditional app.

Being an Android phone, you can also install APK files on Huawei phones and tablets. APK app files are the Android equivalent of .exe files on Windows computers, or .dng files on Macs. Simply open them, and they install in moments.

EMUI 10.1 is loaded with features designed to make your life easier. Take the Muti-Window dock; just slide in from either side of the screen to access it. Next, drag an app into view to launch a split-screen working, so you can use two apps at once.

Richer than standard multi-tasking, with EMUI 10.1, you can drag and drop images, text or even files across two different apps, taking full advantage of the P40 Pro’s ample power and screen.

Want to quickly do something in another app without leaving the one you’re in? The Multi-Window dock can also fire up a floating window, for desktop-like efficiency on your phone. To activate it, simply tap an app in the dock, and a pop-up window appears – intuitive, efficient and seamless.

The benefits of EMUI 10.1 over stock Android also extend to ways Huawei phones, tablets and laptops communicate with one another. Huawei Share, for example, supports fast sending and receiving of files without a cable or an internet connection – and if you have a Huawei MateBook, you can take connectivity to a whole new level.

The ultimate in efficiency, you can do everything you need to across two devices with just one screen. This incredible multi-screen experience even lets you drag and drop files from phone to computer, share your clipboard across devices and send photos taken on your phone in moments.

In turn, whatever you need to do, whether it takes DSLR-grade photos on your phone, use Gmail, surf the web, watch YouTube, power through high-octane 3D games, stream over 5G, or work seamlessly across your smartphone, laptop and tablet, you can with the P40 Pro and EMUI 10.1.