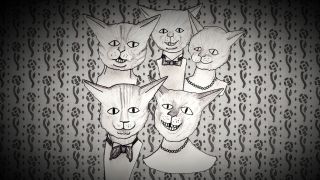 The BBC has released a clever new feature that allows you to build a surround sound system, without the need for any speakers whatsoever – and the effect is intriguing, to say the least.

Usually the preserve of those with enough cash for a pricey Sonos speaker system or a multi-channel soundbar, the Audio Orchestrator lets you hook up your phone or tablet to your laptop to create your very own surround sound system. You can then use it to listen to a series of spooky radio dramas, complete with the disconcerting feeling of being surrounded by creepy sounds.

As the BBC explains, “traditionally, audio productions are created for a fixed arrangement of loudspeakers—for example, ‘stereo’ or ‘surround sound’”, and that it’s common for these productions to be played through a single speaker, via a smartphone, for example.

Of course, listening via a single speaker means that even basic positional effects like panning a sound from left to right are lost – and so is our ability to determine the location of a sound in terms of direction and distance.

That means that we miss out on crucial spatial information that can really enhance a soundtrack or piece of music – and it’s particularly evident when you compare the use of a single speaker to cinematic spatial audio formats like Dolby Atmos, which place you at the very center of a three-dimensional soundstage.

The amount of directional sonic information we receive from these formats and speaker configurations is simply invaluable, especially when it comes to film and radio.

However, the Audio Orchestrator proves that it doesn’t have to be this way for those of us who don’t have the means or physical space for complicated setups – and that’s because we’re already surrounded by “hidden speakers” we had never considered using before.

The hidden speakers in your home

Take a moment to observe your surroundings. How many internet-connected devices do you see? These are your hidden speakers; your smartphone, tablet, and/or laptop, are all capable of reproducing sound.

These hidden speakers “offer a wealth of spatial audio opportunities to explore,” says the BBC.

“We do this by orchestrating the devices—synchronizing them and dispersing the audio playout between them”, it continues.

“Simply put, creators can determine when and where in space a sound should come from, enveloping listeners in sound. Audio Orchestrator is a production tool that allows content creators to explore this potential.”

You only need two devices to experience the Audio Orchestrator; this could be a laptop and a smartphone, for example. However, the tool can also be used for large-scale communal listening sessions, thanks to its ability to connect to up to 100 devices at any one time.

What better way to demonstrate the efficacy of the Audio Orchestrator by making its first venture a spookily immersive radio play?

That’s exactly what the BBC have done with its reimagining of Decameron Nights, by award-winning theatre company, 1927.

Presented as a series of radio dramas, it’s based on a collection of 14th-century Italian novellas by Giovanni Boccaccio. The novellas are presented as a chain of 100 tales, told by a group of young people quarantining in a Florentine villa to escape the devastation of the Black Death (apt, I know).

The Audio Orchestrator takes the “existing rich array of strange sounds, eerie effects, and exquisitely haunting music elevate the soundscape” and places listeners and their connected devices “at the very center of the story”.

I could hardly wait to experience it for myself – and happily, the setup process was very easy. Simply head to the Decameron Nights webpage and click the ‘Try’ button at the top of your screen – I did this using my MacBook Pro.

Then, click on ‘Start New Session’, and follow the instructions to connect your other devices via a QR code. Luckily, I had an old phone lying around, so I could connect that as well as my current smartphone. By placing each phone on either side of my head, I was able to create a makeshift surround sound system in just a few minutes.

As I connected my devices, the ghostly tinkering of a piano began to play through my laptop’s speakers, as well as each phone’s speakers. The sound wasn’t just amplified; it was dispersed between each device, with new notes and motifs revealing themselves as the soundstage opened up. Simply put, the more you connect, the more you’ll hear.

This made for a sinister dissonance between the different devices – and occasionally, a slight lag, too. I don’t think this lag was intentional, as it only affected one of my connected phones, but it somehow made the whole experience feel even more menacing as the first tale began.

With the disconcerting sound of a cat, too close for comfort, chirping and purring in my left ear, while birdsong chattered to my right, a woman began to read the story of The Fat Cat.

The haunting melodies continue to drift in and out as she describes a simple house cat with an insatiable and murderous appetite, who stops at nothing until he eats the entire world.

It starts with an innocent bowl of porridge, but as the story progresses I hear the smacking of his lips when he eats his mistress, the postman, all the children and teachers at the school,  all the tortured souls in hell (including the devil himself), and even God.

With each bloodthirsty feast, the sound of the cat smacking his lips pans dramatically to the phone on my left-hand side, while his voice boomed magisterially from the right phone as he informed his victims of their impending doom.

All the while, the woman’s voice plays from the laptop, my center speaker in this improvised surround sound system.

I was surprised by how adeptly the Audio Orchestrator was able to disperse the sound to my devices. Of course, the audio quality is never going to match up to a true speaker system – after all, our smartphones are hardly designed with sonic fidelity in mind.

That’s not the point, though; this experience is all about bringing surround sound to the average listener, and experimenting with how spatial audio can enhance and help to tell a story.

It’s an extraordinary tool, and it’s only available to try for the next three months. I’d urge you to check it out before then – meanwhile, I’ll be tucking into my next helping of Decameron Nights (albeit, probably not before bedtime).