I’m Being Attacked by These AI-Generated Song Lyrics 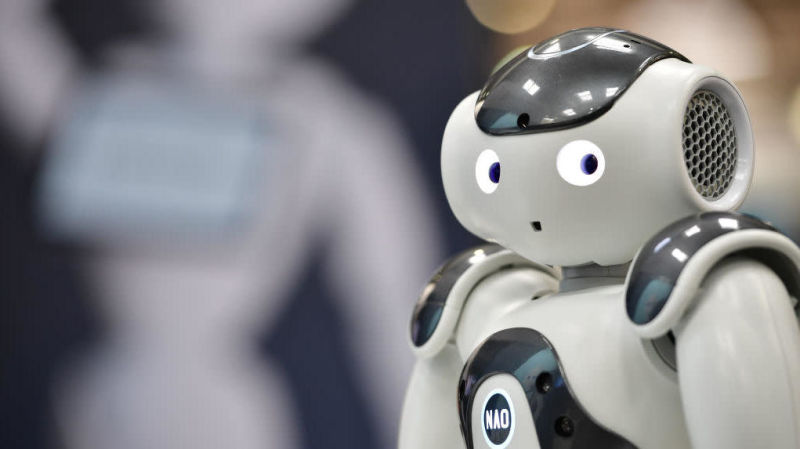 If the current season of Westworld has taught us anything, it’s that artificial intelligence is not all it’s cracked up to be, both in inception and in execution. Personally, I was done with AI after I watched exactly half of 2004’s I, Robot, and then decided that the entire business of computers acting of their own volition and overthrowing humanity really wasn’t my thing. I’m sure some of you would like to point out that there are already computers running everything and to that I say, I don’t care! Let me live in my ignorance and once our AI overlords are ready to have their way with me I will gladly succumb to my fate. Until then, I’m not interested.

And, as if the ever-looming fear of a sci-fi robot army wasn’t enough to try to ignore, I’ve now been confronted with Jukebox, a particularly insipid version of AI where software churns out new songs after receiving an artist, genre, and lyrics to analyze upfront.

On first pass, Jukebox actually seems kind of harmless, and maybe, dare I say it, fun. There are currently four categories of AI-generated songs on their website; Unseen lyrics, where AI generates lyrics for songs it hasn’t seen before, Re-renditions, where songs generated are “very different” from the original input, Completions, where Jukebox hears 12 seconds of a song and then makes up the rest, and Fun songs, where a song is translated into the style of a different artist than it is originally performed by.

There’s a particularly poignant song under the Unseen lyrics section which really spoke to me, where Jukebox wrote a Christmas song in the style of Frank Sinatra.

It’s Christmas time, and you know what that means,

As I light the tree, this year we’ll be in a tub,

It’s Christmas time, and you know what that means,

Some people like to go skiing in the snow,

But this is much better than that,

So grab your bathrobe and meet me by the door,

Honestly, that’s a Christmas message I can get behind. Being in a hot tub IS better than skiing, and also anytime someone mentions a bathrobe I’m absolutely on board. If this was where Jukebox stopped, I might have been willing to check my preconceived notions of AI by the door and instead take phantom-Frank Sinatra up on his offer to meet him there. Unfortunately, I pressed on and came across a faux-Céline Dion song in the Re-renditions section that I cannot unhear.

I learned the truth at seventeen

That love was meant for beauty queens

Who married young and then retired

The valentines I never knew

The Friday night charades of youth

Were spent on one more beautiful

At seventeen, I learned the truth

Honestly, if I wanted to be attacked by emotionally devastating lyrics sung in the style of my favorite pop icons, I would put on the playlist I have curated specifically for that reason, drink a bottle of wine, and call it my normal Thursday night. I certainly don’t need to be spiritually eviscerated by not-Céline Dion singing a Janis Ian song at me too. Later on, the AI Céline croons about staying home alone and “Inventing lovers on the phone,” at which point I just had to stop listening because enough was enough.

As I said, I’ve already come to terms with the fact that one day I will probably be serving at the pleasure of some kind of AI overlord, assuming I survive the initial robot attack, which, to be honest, isn’t super likely for me. As such, at the very least, I would like to spend the rest of my days being emotionally manipulated by songs about being sad and single on my own terms, and not as dictated by some strange computer program spitting out ballads that hit too close to home. Nice try Jukebox, but if anyone’s going to make me cry, it’s going to be me.

How much solar energy do we need?. Women. However, you shouldn’t be paying a ridiculously high amount for an average meal.