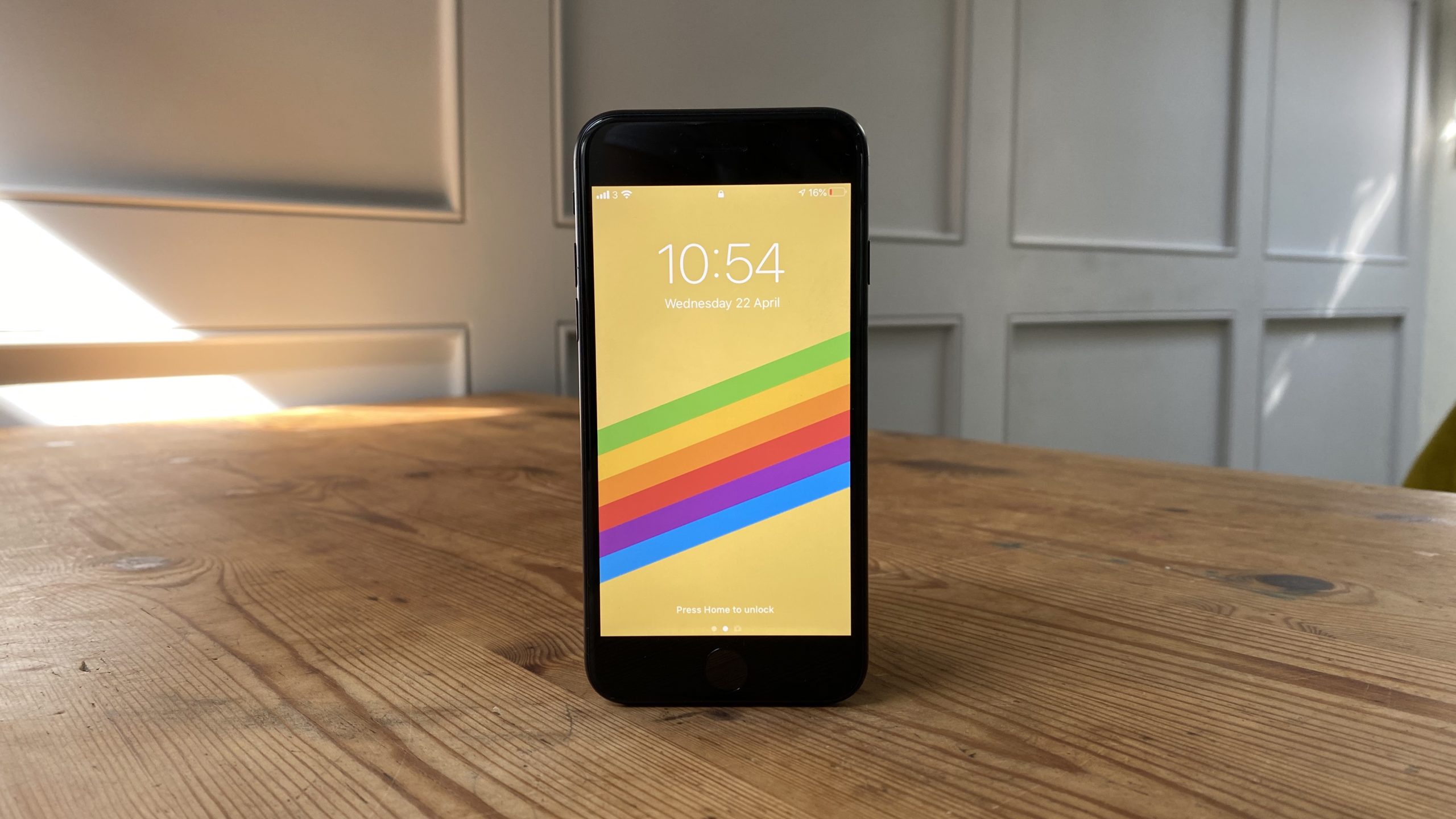 We’re likely to see a third iPhone SE model come out at some point, as it’s a phone convention Apple seems to be continuing with, but we’ve no idea just yet when it’ll show up.

When it eventually comes out, the iPhone SE 3 probably won’t be called that, and it’ll likely follow the iPhone SE (2020)‘s naming convention with the year of release in the title. But right now, we don’t even know for sure what year the next affordable iPhone will release.

The iPhone SE (2020) was one of the most exciting iPhones of 2020, providing excellent Apple hardware and software in a compact size and at a relatively low price. So how can Apple top that?

Easy – add some of the features from the flagships to the next mid-range iPhone SE. The iPhone 13 series launched with a few new features and tech, and while the iPhone SE 3 wasn’t announced alongside the next range of flagship iPhones, perhaps the most exciting perks in those devices might trickle down to the mid-range iPhone SE line too.

The iPhone SE 3 is, as the name suggests, the third-gen model in its line, following the aforementioned 2020 device and the original 2016 model. That age gap could suggest we’ll be waiting four years until the iPhone SE 3, but the 2020 version was so well received, we don’t imagine we’ll be waiting that long, and rumors point to a 2022 launch.

For now though, you’ll find what little we have heard, along with a wish list of the things that we hope the iPhone SE 3 will offer, below.

We thought the iPhone SE 3 might land at Apple’s Spring Loaded event in April – after all, that would be a year after the iPhone SE (2020) launched, but it was no-show. Nor did it appear at the iPhone 13 launch in September.

We’re not too surprised though, as we’ve previously seen a couple of leaks and rumors suggesting that there won’t be an iPhone SE 3 this year, perhaps to give the iPhone 13 mini more time in the spotlight, so we might be waiting a while for the phone – if we get it at all.

If that’s the case though then there may well be one in 2022 at least, because it’s also rumored that there won’t be an iPhone 14 mini – meaning Apple might rely on the SE line for fans of smaller phones. At this point, several rumors point to a 2022 release, with sources suggesting the phone will land in the first half of the year, and one getting as specific as saying it will land before the end of March.

Most recently though we’ve heard that the iPhone SE 3 might have been delayed until 2024, so there could be a long wait.

And there’s also the iPhone SE Plus to consider. This was rumored to land sometime after the iPhone SE (2020), and while we haven’t heard much about it lately, Ming-Chi Kuo (an analyst with a good track record when it comes to Apple) claimed back in April 2020 that the iPhone SE Plus might not land until the second half of 2021, with a more recent leak suggesting it will land in 2022.

The biggest iPhone SE 3 leak so far has revealed a number of the possible specs. Apparently the phone will have an A15 Bionic chipset (the same as in the iPhone 13 range) and support 5G, but might otherwise be similar to its predecessor, with the same bezel-heavy design and 4.7-inch LCD screen, while another leak says it will also have 3GB of RAM like its predecessor.

We’ve also previously heard that it might have a 4.7-inch LCD screen and 5G support, so those aspects are looking likely. More recently a third source has weighed in to say the A15 chip and 5G will be added, but the design and screen size won’t change with the next refresh.

That said, another source claims that actually it will have a 5.7-6.1-inch LCD screen.

Elsewhere we’ve heard that Apple could bring Face ID to a future iPhone SE model. That would likely mean a substantial change to the design, with no more home button and a notch instead. However, given that the leaks above suggest a similar design for the iPhone SE 3, this change might be further out (if it happens at all).

The iPhone SE (2020) has a rather old fashioned design, and certainly an older design than the rest of the current iPhone range. So we’d like to see things brought up to date for the iPhone SE 3.

By that we mean get rid of the home button and the big bezels above and below the screen, for a more modern look. Doing this would also allow Apple to increase the screen size without increasing the overall size of the handset – or alternatively keep the screen the same size and shrink the phone even smaller.

2. An OLED screen with a higher resolution

Now, there are of course limits to what can be done with a mid-range phone, but when you consider that the similarly priced OnePlus Nord and Google Pixel 4a both manage a higher resolution and OLED technology (which typically delivers better contrast and other improvements versus LCD), it’s hard to see how Apple could justify omitting these things from the next iPhone SE model.

That said, we wouldn’t count on getting either – Apple rarely competes with Android phones on pure specs.

The iPhone SE (2020) has a small 1,821mAh, which might seem reasonable given the phone’s compact size, but we found it didn’t go far, lasting around a day.

That’s not terrible, but it’s certainly not impressive, so we’d like much more from the battery in the iPhone SE 3, whether that’s achieved through increasing the size or making things more efficient.

4. Keep it small and affordable

The iPhone SE (2020) stands out through both its small size and its relatively affordable price, and we want both of those things to remain for the iPhone SE 3.

There aren’t many compact phones anymore – certainly not ones with good specs, and nor are iPhones known for being affordable, so the two things make for a great combination.

The iPhone SE (2020) has just one camera on the back and one on the front, and while they perform reasonably well, they don’t give you the versatility that you can get with more lenses.

Of course, with even the iPhone 11 only having a dual-lens snapper we don’t expect too much more from the iPhone SE 3, but when you consider that rivals like the OnePlus Nord and Moto G 5G Plus have four cameras on the back and two on the front, you’d think an extra lens or two wouldn’t be too much to ask for.

At the time of writing no current iPhone supports 5G. That will likely change with the launch of the iPhone 12, but we really hope Apple lets the tech filter down to the iPhone SE 3, as it’s already available on some of the SE (2020)’s key rivals, notably the aforementioned OnePlus Nord and Moto G 5G Plus, while Google has confirmed that a Pixel 4a 5G is on the way.

Another feature offered by a number of rivals now is a high refresh rate. The iPhone SE (2020) has a 60Hz refresh rate, which until relatively recently was what all handsets other than gaming phones offered, but now a number of mainstream models have refresh rates of 90Hz or 120Hz.

It’s a feature that some of the iPhone 12 range will likely offer, but we’re not optimistic that Apple will bring it to the iPhone SE 3, since no current iPhones offer high refresh rates, so Apple is likely to keep the tech as a premium feature for a while.

But it would be great if the company did start including this as a standard feature – it could still differentiate by giving its flagships a 120Hz (or higher) rate, and the iPhone SE 3 a refresh rate of 90Hz.