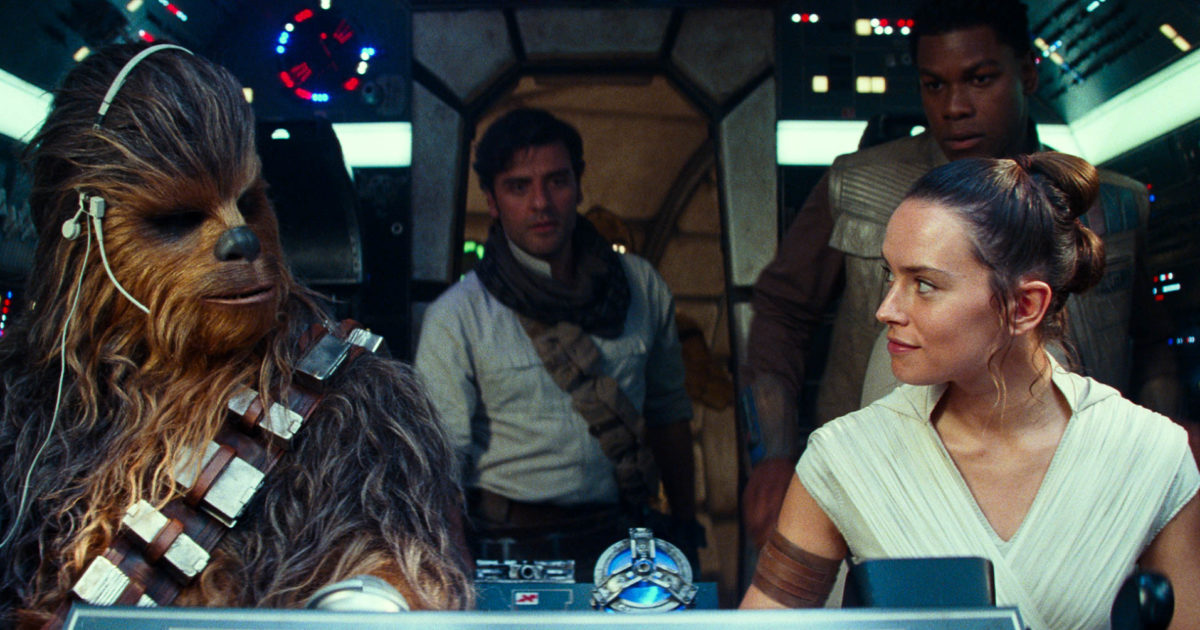 Dave Rubin, host of the talk show The Rubin Report, is a lifelong science fiction fan whose favorite films include Contact, The Matrix, and Total Recall. But the Star Wars franchise has always held a special place in his heart.

“Pretty much every Halloween I’m going as a Star Wars character,” Rubin says in Episode 416 of the Geek’s Guide to the Galaxy podcast. “I don’t remember the last Halloween that I didn’t. I was Kylo Ren this year, I was Obi-Wan last year, I think I was Anakin before that.”

However, Rubin was very disappointed with the most recent Star Wars trilogy, particularly its middle installment, The Last Jedi.

“They didn’t even write the three stories out, so each director sort of had their own crack at it,” he says. “So J.J. [Abrams] writes something for The Force Awakens, Rian Johnson basically completely aborted it in The Last Jedi, and then they bring J.J. back, and he has to just fix the whole thing. And that’s why The Rise of Skywalker, even though it was fine, felt like a race. There was never a moment to breathe in it, because he’s just trying to patch the ship before it sinks.”

Rubin is hardly alone in feeling that Star Wars is off track. The fan base is highly fractured, and many of the recent directors seem dispirited. “In a way you can feel that there’s a certain death of Star Wars right now,” Rubin says. “I’m just sort of beat with these things. Even The Mandalorian. I liked The Mandalorian, but I didn’t think it was great.”

He still has hope that Star Wars can be saved by drawing on the talents of the passionate community of YouTube creators. “The fans do really care about these things,” he says, “and they don’t have all of the tech and all of the money and the big budgets to pull it off perfectly, but maybe hand some of these to some real unknowns. Because the giant corporations, I don’t know if they can handle the stories anymore.”

Listen to the complete interview with Dave Rubin in Episode 416 of Geek’s Guide to the Galaxy (above). And check out some highlights from the discussion below.

Dave Rubin on Revenge of the Sith:

“One of the things that I’ve been talking about over the last couple of years, related to politics, is that the Star Wars prequels are actually a really, really great political story about the accumulation of power. Because what does Palpatine do, first by becoming senator, and then becoming chancellor, and then becoming the emperor? He starts a war and plays both sides against each other, until he has enough power. Then what does he do? He shuts down one of the sides. That’s what Revenge of the Sith is all about. And the story of Anakin Skywalker becoming Darth Vader in the midst of that, that’s actually a secondary story to what really was an incredible sort of opera about power.”

“If you remember that opening panorama scene in Contact, which is the incredible expanse of the universe, where it starts with a shot of the Earth, and then they just take you further and further out into the galaxy, into the universe, into the nebulas, into the gasses, and then it ends up in Ellie Arroway’s eye—that’s the character that Jodie Foster plays. I was just blown away. … I actually just watched it a few weeks ago with the Rubin Report community, and really, if anything, the movie is even better now than it was 20 years ago, because it is related to so many of the things going on right now about science and religion and belief and government, just so much of what we all talk about right now.”

“If you’re interesting and you actually say something, the media tries to figure out how to destroy you, so they were trying to scare people away from seeing the movie. And of course there was no violence related to it. And by the way, if there had been violence, you can’t blame it on the movie, because art is art. That would be like saying, ‘We can’t have books, we can’t have movies about anything.’ … So the idea that this movie was going to instigate people? Now that it’s a year later—or whatever it is—it’s like, ‘Wow, what stupidity that people were writing these “think” pieces.’”

Dave Rubin on The Rise of Skywalker:

“Every time you have an emotional moment they take it away from you. You think Chewie dies in that crash, that [Rey] causes the crash by using Force lightning. What a powerful moment. They kill Chewie, who everyone loves, and it was done by Rey, and it’s the first time you’ve seen her use Force lightning. That’s a powerful thing. Then what do they do two minutes later? Oh, you find out he’s alive. C-3P0, with the memory loss, that’s the killing of C-3P0. That’s pretty powerful. What do they do five minutes later? He’s getting some of his memory back. … When I watched The Rise of Skywalker a second time, I had no expectations anymore, but in many ways I liked it less, because now you watch the Chewie thing and you know what’s going to happen, and there’s no meaningful emotion attached to it.”