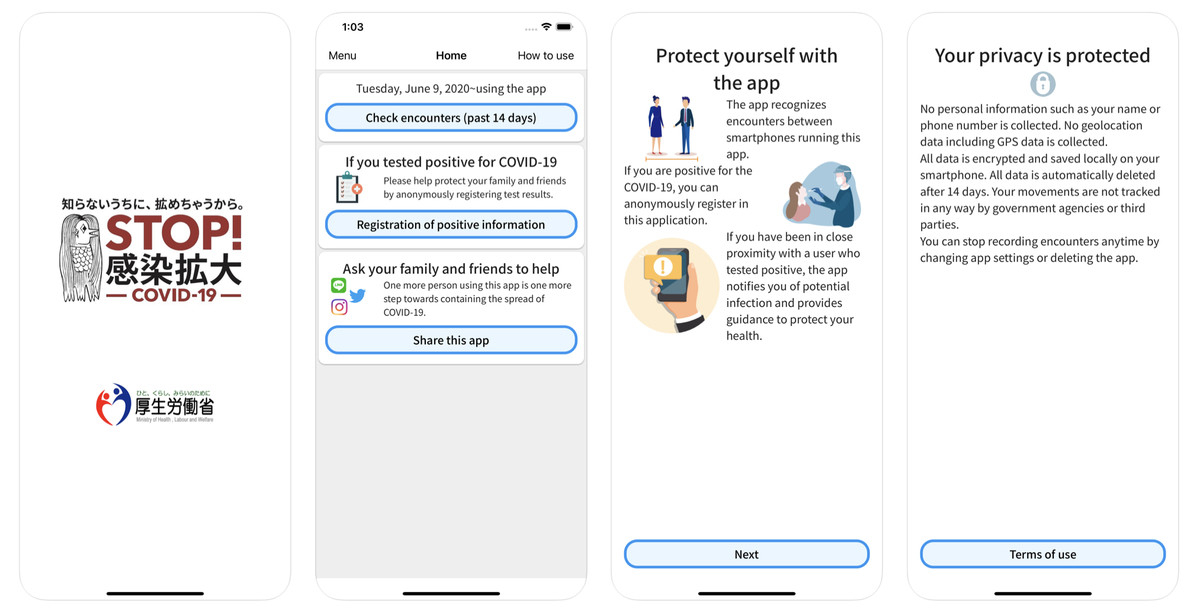 Japan’s government today released its coronavirus contact tracing app for iOS and Android. The apps rely on Apple and Google’s co-developed exposure notification platform, using Bluetooth to help determine whether users have come into close contact with others who have tested positive for COVID-19.

Though the app store listing simply reads “COVID-19 Contact App,” Japan refers to the app as COCOA, a somewhat convoluted backronym that stands for COVID-19 Contact-Confirming Application. It was developed by Microsoft engineers, according to Nikkei, who were hired in May after Google and Apple’s conditions reportedly led the government to abandon the work done by a Tokyo-based team in favor of a bigger corporation.

COCOA doesn’t store personal information like location data or phone numbers, the government says, in accordance with Apple and Google’s tracking platform. Instead, it records encrypted data flagging phones that have been within one meter for more than 15 minutes; when one person reports the fact that they have tested positive for COVID-19, those other users will be notified.

Several countries have debated their approach to contact tracing apps in recent months, with some governments seeking more control over data than Apple and Google’s APIs allow. Germany released its own app based on the same platform after originally planning to develop a different system, and the UK similarly backtracked this week on a proprietary NHS app that has been in testing.

Japan’s coronavirus outbreak has been relatively small considering the country’s size, with 17,668 cases and 935 deaths confirmed so far. That represents a figure of 140 cases per million people, compared to 6,779 in the US and 1,060 worldwide. Today, the government lifted its advice to avoid travel between Tokyo and its surrounding prefectures, and the delayed Nippon Professional Baseball season will begin in empty stadiums this evening.