Joel Schumacher and the Non-Crisis of Infinite Batmans 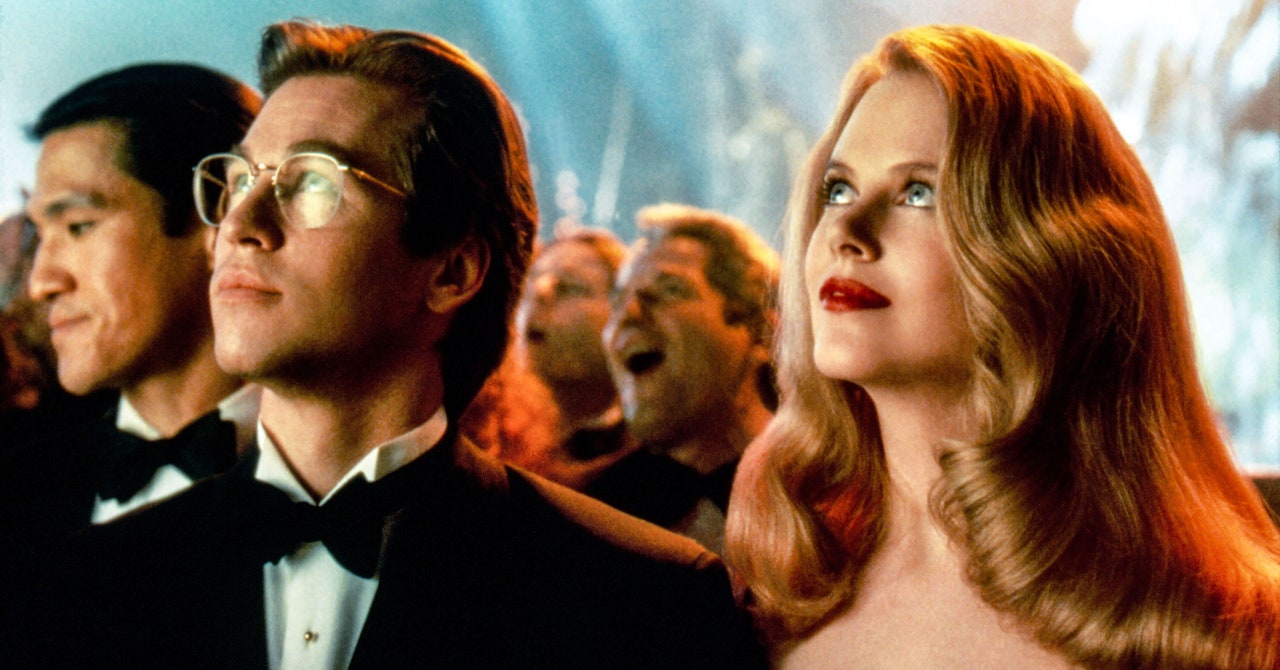 It’s the deepest question asked in the shallowest movie. Midway through 2014’s Neighbors, thirtysomething Seth Rogen asks Zac Efron, who plays college frat star Teddy Sanders, “Who is Batman to you?” Without missing a beat, Teddy replies, “Christian Bale,” a clear indication that he grew up on the Dark Knight films of Christopher Nolan. Rogen’s Mac, meanwhile, remembers the Caped Crusader as Michael Keaton, who played the character in Tim Burton’s movies. Neither of them says Val Kilmer or George Clooney, who played Bruce Wayne in Batman Forever and Batman & Robin, respectively. It’s not surprising—many Bat-fans have for years hoped those movies would be forgotten.

Joel Schumacher, the man behind the aforementioned flops, died this week at the age of 80. As generally happens when a director with a decades-long career passes, his death led to a re­evaluation of his work. If there’s one thing that has surfaced again and again, it isn’t nostalgia for his 1980s cult classics like The Lost Boys or St. Elmo’s Fire, it’s the pent-up secret fandom for his Batman flicks. At the time of their release, they were seen as splashy, campy, and far too hypercolored for films about the generally brooding Bruce Wayne. (People of this opinion, though, have slim memories of the Batman TV show from the ’60s.) There were digs at Arnold Schwarzenegger’s Mr. Freeze and Jim Carrey’s Riddler. The fact that Batman and Robin both had suits with prominent nipples became a well-trod joke. Batman Forever has a 39 percent score on Rotten Tomatoes; Batman & Robin, an 11.

As news of Schumacher’s passing has spread, though, that’s not how the movies are being remembered. Folks are marveling at his suiting-up montages, praising him for having the insight to cast Alicia Silverstone—at the time relegated to Southern California teens and Lolita types—as Batgirl. There are kudos for characters who would become beloved by drag queens, and recognition that his cinematic color palette is the forebear of what’s since become known as “bisexual lighting.” To that end, there has also been recognition that a lot of the heat his films took was rooted in homophobia. Schumacher was gay, and nearly all of his films read as queer. In retrospect, and through the lens of camp, his Batman movies now feel like masterpieces for a completely different kind of movie fan.

Not everyone agrees with these takes, of course, but they are a reminder that every generation gets at least one Batman of their own. And each one will be picked apart and dissected based on who fans think Batman should be. Very little in this week’s discourse tried to pit Kilmer or Clooney’s Dark Knights against, say, Ben Affleck’s turn in Justice League. The jury remains out on what Robert Pattinson will do with the character in The Batman. The thing with any analysis of a Batman is that it will be both correct and false. There may be no right way to be Bruce Wayne; that’s why he’s a good character that scores of people have been able to reinvent. Moreover, part of being a hero is being who people need you to be.