‘Last of Us Part II’ Is Great, but Can’t Escape Its Father’s Shadow 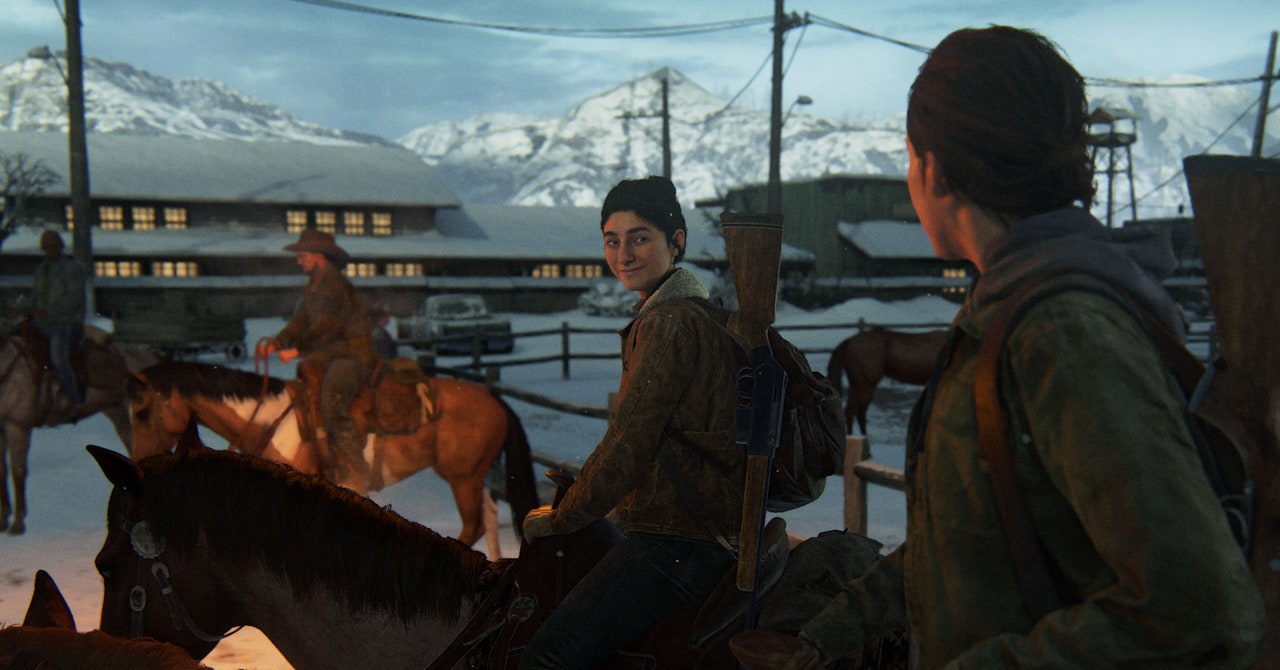 The Last of Us , released by Naughty Dog and PlayStation in 2013 to cacophonous acclaim by the critical establishment, is perhaps the most significant exemplar of one of the biggest trends of its era of gaming: the dad game. Spawned (so to speak) by the fact that many upstart gaming studio heads began becoming parents in the early 2010s, the dad game centers on the relationship between a father and a child, using the language of games to emphasize that supposedly sacral protective bond. The child is usually a daughter—a character that, using the language of patriarchy, is defined as much by her vulnerability as anything else—and the games, being preoccupied with violence, are eager to utilize that character to give players something to protect.

The Last of Us was the quintessential dad game, starring a grizzled southern man doing terrible violence to safeguard his surrogate daughter, Ellie. It was postapocalyptic, so as to make the responsibility of the father figure, Joel, even more dire. It was brutal, hyperviolent, and occasionally sweet, in the way dad games are. “What would you do for your child?” the dad game asks, even as it works to insert just enough moral ambiguity to make things interesting, to make you wonder if this dad is, in fact, a good dad or a bad dad. Amid a field of competitors like Dishonored, BioShock Infinite, God of War, and the original Nier, The Last of Us stands above all others as the archetypal dad game. Its sequel, The Last of Us Part II, feels like the archetypal example of another smaller trend, a reaction to the first. The Last of Us Part II is a daughter game.

The daughter game emerges as a response to one of the most significant criticisms leveled at the dad game, the obvious observation that, in any given dad game, the most interesting character is usually the daughter. As the object of protection, the one who responds and must adapt to the world instead of fighting stubbornly and protectively against it, the daughter in a dad game usually ends up, accidentally, being the most sympathetic and complex character. So the daughter game, usually made by the same folks who made the dad games, is both a gesture of contrition and a posture of defensiveness. It’s an admission that yes, you’re right, she is more interesting, followed immediately by I can tell that story, too! Games like Dishonored 2 and, to an extent, Gears of War 5 and Nier Automata are daughter games—games that attempt to center the perspectives of the women, instead of the father figures. But that’s a fraught proposition. As many women will tell you, few people arguably understand women less than their fathers. The paternal gaze can all too easily elide internal complexity in favor of external reactivity, seeing the daughter’s actions not as a reflection of her own growth and legacy but of his.

As the quintessential daughter game, The Last of Us Part II is defined by its father figure, even as it moves on to telling stories about his progeny. That father figure is Joel, and the game takes on many of his attributes. Like Joel, it’s cruel and violent, emotionally intense and a bit domineering. At the end of the original game, Joel makes a decision that cements Ellie as his surrogate daughter in the most toxic way possible, protecting her in a way that overwrites her agency, launching a cycle of revenge and brutality with no endpoint in sight. The Last of Us Part II is about the long tail of those decisions, and how they go on to shape Ellie and her own future, which is warped inexorably by Joel’s choices, sent careening toward bloodshed. Ellie is forced to bear the weight of those choices and to try to reconcile herself with them, even as they send her on a winding, often horrific quest for revenge against a new set of enemies.