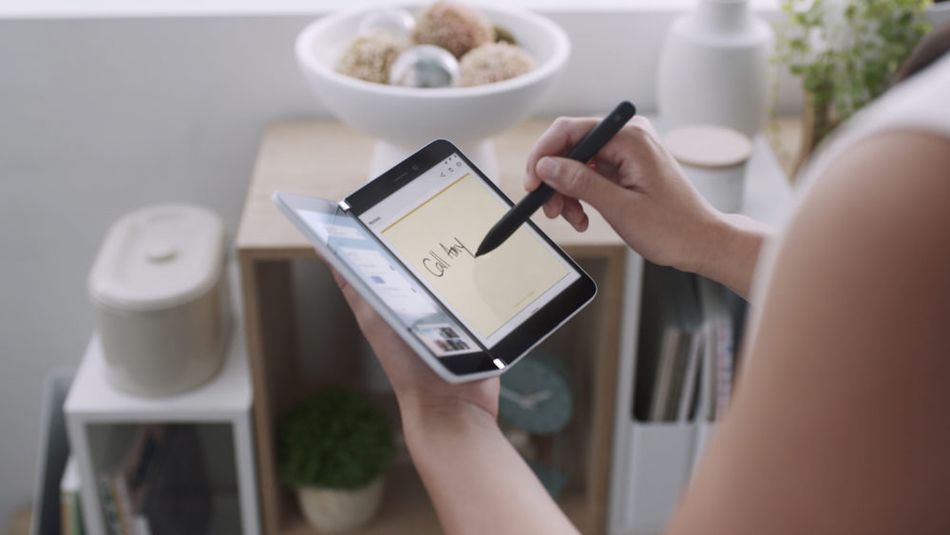 After announcing its Surface Duo phone back in October, Microsoft has remained fairly quiet on the device. But it looks like we won’t have to wait any longer, thanks to a huge leak by way of Windows Central.

At its event last year, Microsoft had only revealed the device would have two 5.6-inch screens (with 1800×1350 pixel resolution on each) held together on a hinge—rather than a flexible screen, as is the case with the Galaxy Fold. Other than photos, the company didn’t expand much on what to expect in terms of hardware and performance.

According to Windows Central’s sources, the Surface Duo will pack a single 11-megapixel camera sensor above the display. You’ll be able to use that for both selfies and rear-facing photos and videos.

Beyond the camera, the phone will pack a Snapdragon 855 processor, 6GB of RAM, and storage options of either 64GB or 256GB.

Windows Central notes the decision to go with an older chipset instead of the latest Snapdragon 865 has to do with a Qualcomm requirement. Any smartphone maker that includes the Snapdragon 865 must also include a separate 5G chip.

Unfortunately, the Duo doesn’t have room to include the extra chipset. That also means the phone won’t support 5G.

The device will reportedly run on Android 10 initially, but the report says it’ll receive an update for Android 11 fairly quickly.

It also comes with a pretty mediocre battery, at 3,460mAh. The story’s sources say that battery will be able to power the Surface Duo throughout the day, but that’s … ambitious.

When reviewing phones like the Samsung S20 and the OnePlus 8 Pro, which had a 4,000mAh battery and 4,510mAh battery respectively, I was able to get about 12 hours. Considering the Surface Duo is powering two displays simultaneously, it remains to be seen just how long it can last with standard use.

It’ll also come equipped with a USB-C port fast charging, but based on current test units, it doesn’t seem like it comes with support for wireless charging or NFC.

Seeing as how Microsoft originally said the phone will be available for the 2020 holiday season, we still have a few months before the company announces any final details on what to expect.