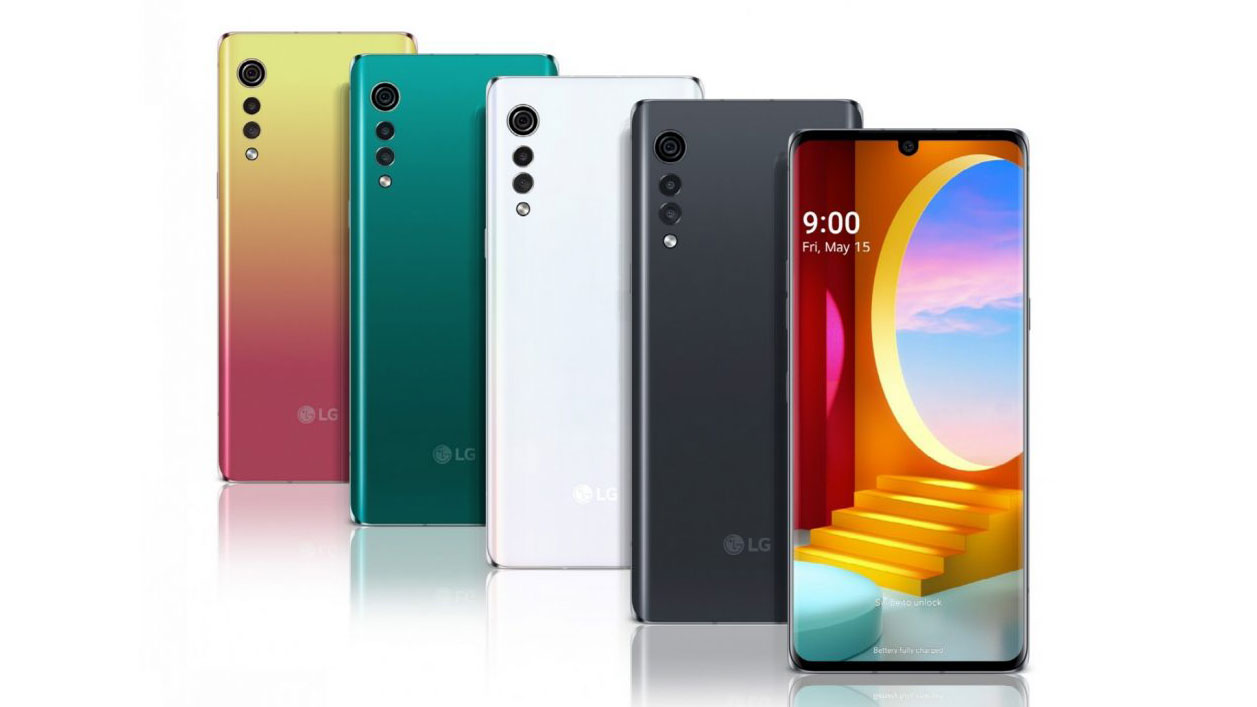 The LG Velvet is likely to be the phone for you if you were waiting for the LG G9, as it looks like we won’t be getting the latter, but the LG Velvet will be landing in place of it and it’s being announced on May 7.

This might not quite be the LG G9 in all but name, as it looks to be a bit more mid-range, but it’s still shaping up to be an exciting phone, and we know this because LG has already revealed a lot about it, despite not having fully announced the handset yet.

Below then you’ll find everything we’ve heard about the LG Velvet so far – both confirmed details and leaks, as well as information on what this means for the LG G9 and the LG G range in general.

Plus, we’ve also come up with a list of what we want – and in some cases what we don’t want – from the LG Velvet, to make it a substantial improvement on the LG G8 and LG G8X.

Update: LG has confirmed the South Korean price of the LG Velvet, and it undercuts most big-name handsets.

There’s no mystery about the release date, as in a video (below) LG has revealed that the LG Velvet will be announced on May 7 – proving rumors of May 15 wrong. Although the latter date is when the phone will go on sale in South Korea, so maybe the rumors were half right. At the time of writing it’s unclear when or even if the LG Velvet will land in other regions.

That makes sense though based on the specs, and there might be a way to get it even cheaper, as in South Korea it will be possible to lease the phone, swapping it for another LG handset after 24 months for a massively discounted price, though it remains to be seen whether such a scheme would be available elsewhere.

There were rumors that LG was ditching the G range even before we’d heard the Velvet name, and in April LG all but confirmed the move, saying that the LG Velvet is the first device “to implement the company’s new branding strategy for its mobile devices, moving away from alphanumerical designations in favor of familiar and expressive names.”

It’s worth noting that the company hasn’t outright said that the G range is dead, or that the LG Velvet is a replacement for the LG G9, but the statement above certainly suggests there won’t be any more G handsets, and the specs and timing of the LG Velvet should make it a viable alternative.

The rumor mill has been relatively slow when it comes to revealing details about the LG Velvet (previously known as the LG G9), so LG has itself stepped up to the plate to reveal news about its next flagship phone.

In fact, the company has now revealed almost everything, leaving little to announce on May 7.

The latest and biggest information drop from the company revealed that the LG Velvet will have a 6.8-inch Full HD+ OLED screen with a 20.5:9 aspect ratio, an upper mid-range Snapdragon 765G chipset (with 5G support), 8GB of RAM, 128GB of storage, and a microSD card slot.

The LG Velvet will also have a 48MP main camera, an 8MP ultra-wide one, and a 5MP depth sensor, while on the front there’s a 16MP snapper. The main camera is capable of ‘pixel binning’ technology that combines four pixels into one for improved low light performance.

Video recording meanwhile should benefit from a ‘Voice Out Focus’ feature, that lets you separate background noise from voices, while an ASMR (Autonomous Sensory Meridian Response) mode can be used to increase the sensitivity of the phone’s two microphones.

The battery meanwhile is 4,300mAh and supports both wired fast charging and 10W wireless charging. These specs all match recent leaks.

Other features include stereo speakers with ‘AI sound’, which can analyze media to automatically optimize the audio, plus there’s support for LG’s Dual Screen and Stylus Pen accessories, which are sold separately.

LG has also fully revealed the design of the Velvet, including in the images that you can see above.

The LG Velvet is 6.8mm thick and sports a ‘3D Arc’ design, meaning that the edges of the screen and rear glass are symmetrically curved, which is supposed to lead to a more natural feel in the hand.

This wasn’t our first look at the design though, as prior to all this a brief video was posted to the official LG Korea channel on YouTube, which we’ve embedded below.

You can see that the phone is shown off from all angles, and you get a flavor of the sort of colors it will be available in too – colors which have since been revealed to include Aurora White, Aurora Gray, Aurora Green, and Illusion Sunset.

And before any of this we saw some design sketches showing off what the Velvet would look like.

In both name and appearance, this is going to be quite a departure from what we’ve seen from LG in previous years.

In all its teasers, LG has paid a lot of attention to the Velvet’s cameras. Not so much the specs, but the design.

As you can see in the videos and images, the lenses are laid out vertically in descending order of size (with the flash at the very bottom), in a move that’s meant to evoke images of falling rain drops. LG is calling this a ‘waterdrop’ design.

The LG Velvet is also shown as having a 3.5mm headphone port, but interestingly likely wouldn’t have the depth sensor found on the front of the LG G8 (as there’s no room for it in the notch). That in turn would presumably mean no Air Motion gesture controls or vein recognition system.

Beyond what’s been confirmed, we have also seen one major leak, as the LG Velvet was spotted in a store in South Korea, and photos were taken of it and even a video was shot, which you can see below.

The leak also included some new spec details, most notably the presence of an IP68 certification, meaning the phone is both water and dust resistant.

The LG G8 is a very interesting, very flawed phone. For the LG Velvet – which is essentially its successor – we want something just as interesting but without the flaws. The following suggestions could help LG achieve that.

1. Bring back the hole-less speaker….

The LG G8 has a number of experimental features, the most successful of which is arguably the hole-less vibrating Crystal Sound speaker.

This essentially removes the top speaker and causes audio to vibrate through the display instead, and it worked well in our tests. LG claims this also makes the phone more waterproof, so we’d like to see the feature make a return in the LG Velvet.

One less-than-successful LG G8 experiment was Hand ID, a feature which allows the phone to read the blood pattern in your veins and use that to identify you and therefore unlock the handset. So it’s an alternative to a fingerprint scanner or facial recognition.

On paper it sounds cool, but in practice we found it was barely functional. But even if it worked reliably we’re not convinced that it would be much of an upgrade on the standard biometric security options, so we’d like to see this ditched.

One exciting new feature we’d like to see LG add for the LG Velvet is an in-screen camera. Coupled with the hole-less speaker that could allow for a truly bezel-free design, which would be nice, especially since the LG G8 actually has quite large bezels.

However, we now know this isn’t coming, as LG has revealed the design in full.

4. Freshen up the design

Speaking of the design, we’d like to see that improved all-round. The LG G8 looks rather ordinary, failing to stand out from or even match many flagships visually. Getting rid of the notch would be a good start, but we’d really like a design that wows us. That would help the LG Velvet make a great first impression.

Since wishing for this we’ve now seen the LG Velvet’s design, and while it doesn’t ditch the notch, it does shrink it and change up other design elements.

The LG G8 has a 3,500mAh battery, which is on the small side by flagship standards and in our time with the phone led to predictably mediocre life.

The battery pack was boosted to 4,000mAh in the LG G8X ThinQ (a sort-of successor) and we now know that it’s been boosted even more to 4,300mAh in the LG Velvet – so hopefully the life has been improved too.

The LG G8 and LG G8X ThinQ both have dual-lens rear cameras, which, in the face of the triple-lens iPhone 11 Pro, quad-lens Samsung Galaxy Note 10 Plus, and penta-lens Nokia 9 PureView, isn’t very many.

Not that the number of lenses is all that matters, but it can be a good start, as assuming the lenses all do different things, a greater number can make for a more versatile camera. So we’d like to see at least one more lens on the LG Velvet – and since wishing for this we’ve also received it, as LG has confirmed that the Velvet has a triple-lens camera.

As much as we tend to find LG’s smartphone innovations hit and miss, we applaud the company for trying, as it ensures its flagships almost always stand out.

We want that to continue to be the case with the LG Velvet, so as well as a return of the hole-less speaker, we want something new that we’ve never seen on a phone before. Granted, that often ends in as much failure (Hand ID) as successes (Crystal Sound speaker), but it’s still a way for LG to stay different.