MediaTek Helio G85: Everything you need to know about the new mid-range gaming chipset 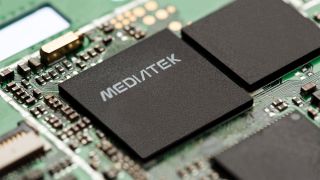 Xiaomi announced Redmi Note 9 at the global launch recently along with Redmi Note 10 Lite. The vanilla Redmi Note 9 sported a new and unannounced chipset from MediaTek, the Helio G85. After a few days of the launch, MediaTek has finally announced the details of the chipset.

The MediaTek Helio G85 is the company’s fifth mobile processor in the G-Series and is the enhanced version of already existing Helio G80 chipset. It is targeted at mid-range gaming smartphones. One of the key features of the new chipset is the higher clocked GPU.

The MediaTek Helio G85 is a 64-bit Octa-core chipset featuring two performance core ARM Cortex-A75 and six power-efficient core Cortex-A55 CPUs clocked at 2.0GHz and 1.8GHz respectively. Built on TSMC’s 12nm manufacturing process, the Helio G85 chipset is integrated with ARM Mali-G52 MC2 GPU which is clocked at 1GHz, making it one of the fastest GPU. It features an L3 cache that enhances the performance.

The chipset supports up to 8GB LPDDR4x RAM and eMMC 5.1 storage type. On the display front, it supports up to Full HD+ with 2,520 x 1,080 resolution with a 21:9 tall aspect ratio. However, the refresh rate is limited to 60Hz here.

Furthermore, the Helio G85, just like the other G series chipsets, is integrated with MediaTek HyperEngine technology that offers connectivity and resource management enhancements like predicting Wi-Fi & LTE concurrency triggers in just 13ms, faster response between smartphone and cell-tower, dynamic management of the CPU, GPU and memory.

At the Redmi Note 9 launch event, the company also mention the AnTuTu benchmark score of the chipset. The MediaTek Helio G85 powered Redmi Note 9 scored 2,05,946 on the synthetic benchmark which is 21% improvement in performance compared to the Redmi Note 8, powered by Snapdragon 665 chipset.