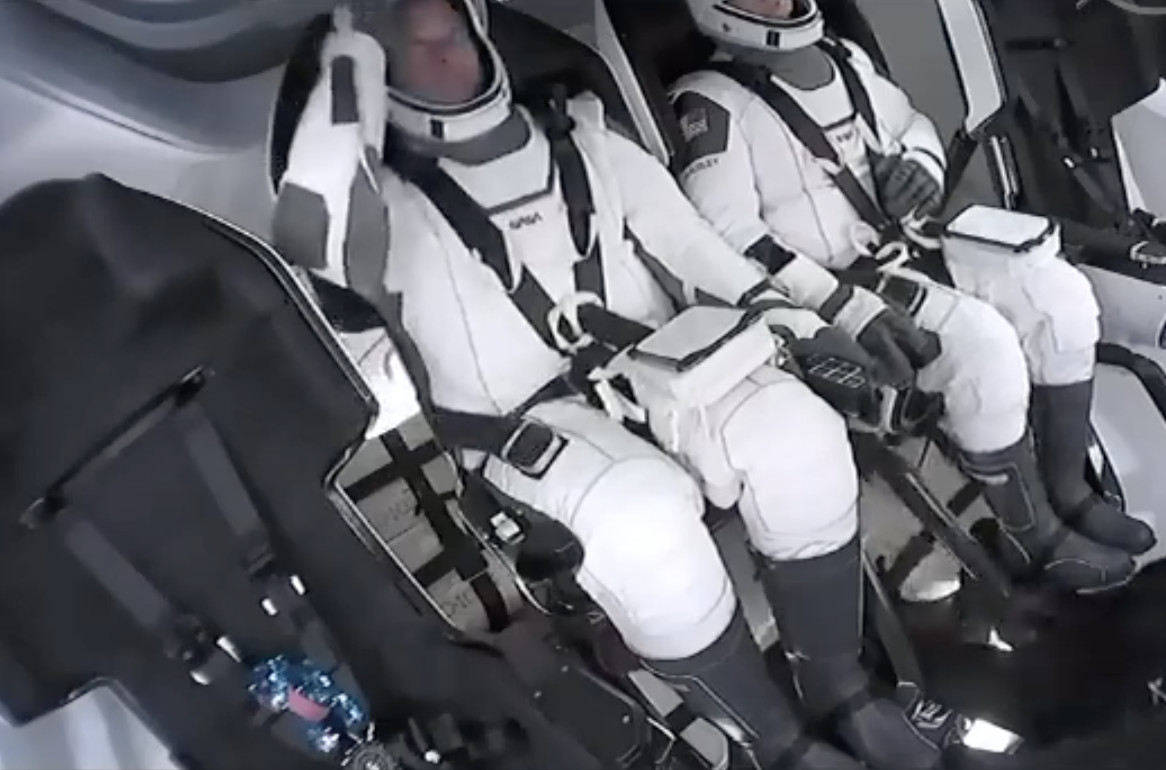 Astronauts Bob Behnken and Doug Hurley had some company on their historic flight to space today: a stuffed dinosaur tucked into one of the seats on SpaceX’s Crew Dragon.

The toy was spotted during preparations for launch on Wednesday and Saturday, and geophysicist Mika McKinnon quickly identified it on Twitter as a TY Flippables Tremor Dinosaur.

Toys like this have flown with astronauts and cosmonauts for years. When the toy starts floating, it indicates to the buckled-in passengers that they’ve reached zero-g and are experiencing weightlessness. A plush Earth flew on the uncrewed test flight of Crew Dragon to the ISS back in March 2019. Just before launch, SpaceX CEO Elon Musk tweeted a picture, calling the plush a “super high tech zero-g indicator.”

Little Earth, or “Earthy,” was a huge hit with the ISS crew and ended up staying aboard even after the Crew Dragon returned home. Last year, Behnken said that he expected Earthy to welcome him and Hurley aboard. “Hopefully he can walk us through the emergency brief and he’s a full-fledged station crew member by the time that we get there,” Behnken said in an interview last March.

Dinosaur toys have flown on the ISS before. In 2013, astronaut Karen Nyberg (who happens to be married to Hurley) sewed a toy dinosaur for her son Jack while on the ISS.

The dinosaur, Behnken, and Hurley are expected to join Earthy on the ISS tomorrow, May 31st, after 19 hours in orbit. Docking is scheduled for 10:29AM ET and will be live-streamed on NASA TV.