Microsoft Surface Go 2 Review: An Improvement in Every Way 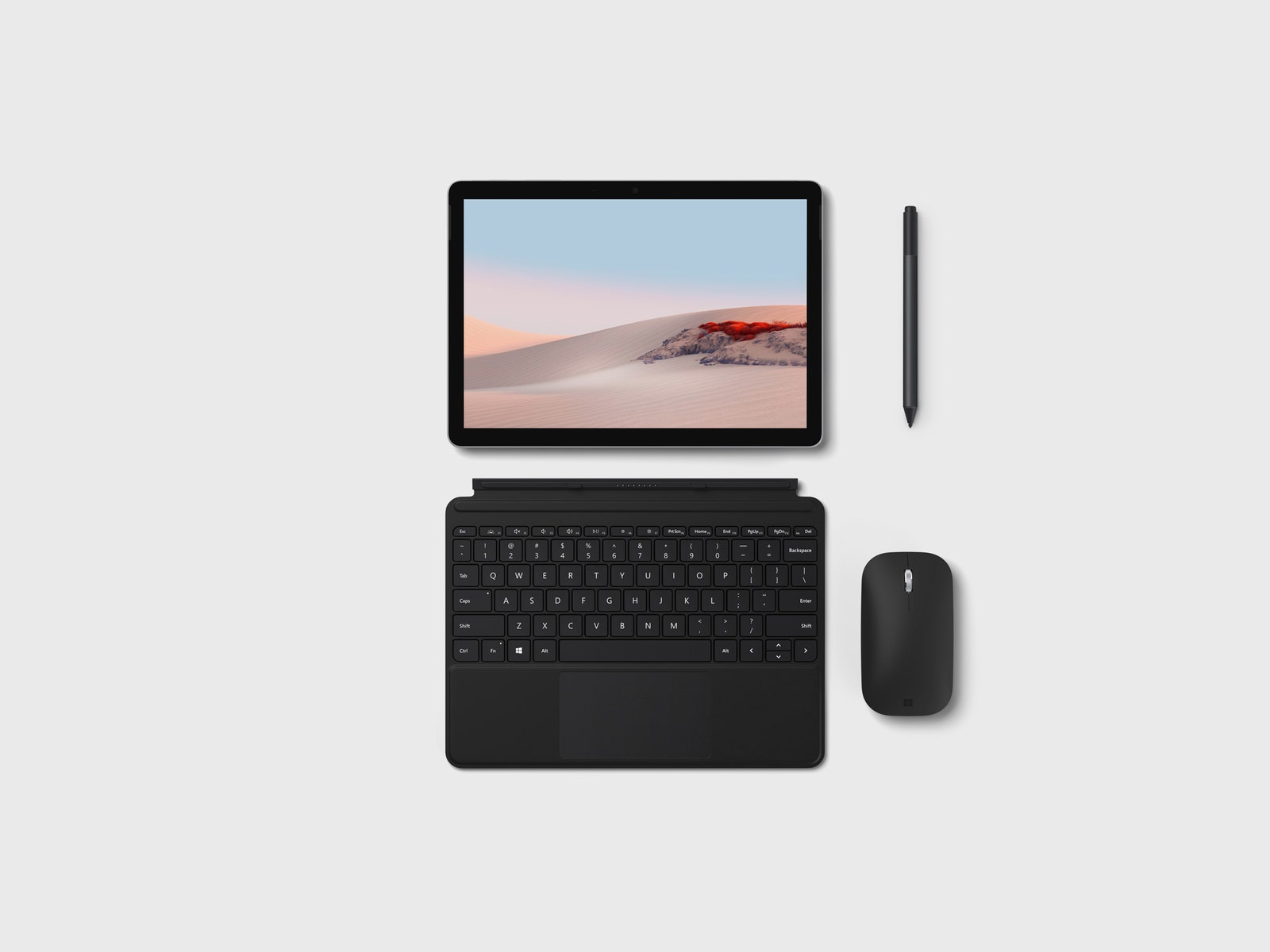 Microsoft’s first stab at a portable Windows tablet, the Surface Go, revealed some of the limitations of the operating system on such a small-size device. The initial effort was promising, but battery life was mediocre, performance lagged, and software quirks had us searching for a workaround.

The new Surface Go 2 addresses most, though not all, of these issues. It’s the most capable tablet I’ve used. There are still things I dislike—most of them related to Windows 10 rather than the device itself—but as long as you don’t need massive processing power for editing photos or videos, this is a compelling and affordable alternative to the traditional laptop; it’s the first device I’d consider laptop-replacement worthy.

The second iteration of the Surface Go looks more like the iPad Pro than its predecessor, mostly due to the smaller bezels. The dimensions are unchanged, but by slimming down those edges around the screen, Microsoft has managed to pack in a slightly larger display (10.5 inches over 10 inches on the original Go). It gives the Go 2 a more modern look, but it also contributes to the iPad-ness of the device’s outward appearance.

The model I tested has the slightly faster Intel Core M3 chip, with 8 gigabytes of RAM and a 128-gigabyte solid state drive. That brings the base price to $629. Throw in the Type Cover and your total will be $760. That’s a bit more than a good cheap laptop, but less than the 11-inch iPad Pro with Apple’s Smart Keyboard, which will set you back more than $900.

It looks sleeker now, but the real improvements are tucked away under the glass, namely the much-improved battery life. In the original Go, battery life rarely went beyond six hours. The Go 2 has managed to go all day under my normal workload, writing in a text editor, browsing the web, communicating over apps like Slack and Zoom, and playing some music in the background. That’s all with the Type Cover connected to it too.

In our standard battery drain test, dimming the screen to around 80 percent and looping a YouTube video, the Go 2 stayed on for just under nine hours. That’s an impressive step up from the older model, which loved a wall socket in a way few devices do these days. Suffice to say that for the use case where the Surface Go excels—watching videos, browsing the web, and working with documents—you can now count on a full workday out of the battery. I was also able to charge it via USB-C using some battery packs I’ve been testing, though quite slowly.

It’s worth noting that in these video conferencing times, the 5-megapixel front-facing camera on the Surface Go 2 is much better than what I’ve used on most laptops. Though, the color cast often shifted dramatically as I moved, oscillating between a fairly normal white balance to an overly-green, washed-out look reminiscent of an Instagram filter.

The hybrid tablet-laptops of the world exist on a spectrum that runs from pure tablets, like the iPad, to pure laptops. The Surface Go 2, which is capable of some tablet-like behavior, leans toward the laptop end of the spectrum.

Alas, the keyboard and the pen are still sold separately. The Type Cover will set you back $129 and, if you plan to do anything more than browsing the web and watching movies, it is a must-have. The backlit keyboard is a little on the small side, but I adapted pretty quickly and after a couple of days I was able to type just as fast as I can on the Lenovo laptop I use most of the time.

My only complaint about the Type Cover is that in the raised mode, where it’s attached at a slight angle, I tended to accidentally hit the screen quite frequently. This is one area where having larger hands can be a disadvantage. Luckily, this mode isn’t significantly different than keeping the Type Cover flat. There’s also a Pen and a Surface Mouse available, though Microsoft did not provide either with my tester unit.

To cut down on costs, you can always go the route of getting a separate, cheap Bluetooth keyboard to use with the Surface Go 2. There are third-party alternatives that will be just as elegant of a solution worth looking into as well.

Unlike iPads and Android tablets, the Surface Go 2 ships with a “real” desktop operating system—Windows 10. This remains both the best and most disappointing thing about the device.

It’s nice because, in theory, all the power of Windows—and the ability to run any desktop application—are baked in. But as with the previous Surface Go, Windows ships in what Microsoft calls S-mode. Windows in S-mode attempts to impose some restrictions you’ll see in app stores on other platforms to Windows. For example, you can only install software from the Microsoft Store out of the box, which might cut it if you mainly use popular applications such as Microsoft Office and the like.

But chances are you’ll need or want to download something that’s not available in the Microsoft Store at some point. Thankfully, you can still access normal Windows. Head to the Microsoft Store, turn off S-mode, and enable Windows Home. Two things to consider before you do this though. First, you cannot go back. Once S-Mode is off, it’s off forever. Why? No clue, but that’s how it works.

Second, recent changes in Windows 10 mean you can no longer use Windows without an online account. There are ways around this in Windows Pro, but not Home. This is one odd place that Windows itself acts more like a tablet OS than a “real” operating system. Frankly, an online account for Windows opens yet another attack vector in your life and isn’t something anyone needs. But it’s there and you may as well accept it.

Once I upgraded to Home mode, I was able to install Firefox, Vivaldi, and all the other desktop software I use on a daily basis. Sorry Edge team, I can tell you’ve worked really hard to build a good browser, but for most of us, it’s too little, too late. I have years worth of browsing history, bookmarks, tabs, addresses, and all the rest of my data already stored in other browsers and synced between my devices. Edge can import some of that data, but since it doesn’t run anywhere but Windows (technically, it also runs on Linux. Didn’t see that coming, did you?) I can’t sync my data.

The other place Windows shows its desktop-ness is in the time it takes to come out of sleep mode. You will not find that iPad, instant-on, quick start-up here. It’s a shame.

The Best of Both Worlds

The Surface Go 2 will be the perfect laptop-tablet hybrid for some people. Just like how the iPad is the perfect laptop-tablet hybrid for others. One is not necessarily better than the other; they are different tools for different jobs. The iPad is a better tablet thanks to its touch-optimized interface and app ecosystem, but it is a much worse laptop.

The Surface Go 2, on the other hand, is much more useful as a laptop, capable of everyday tasks. It’s also a decent tablet for watching Netflix or reading books. If you want a tiny, lightweight laptop that can double as a tablet, this is one of the best options available right now.