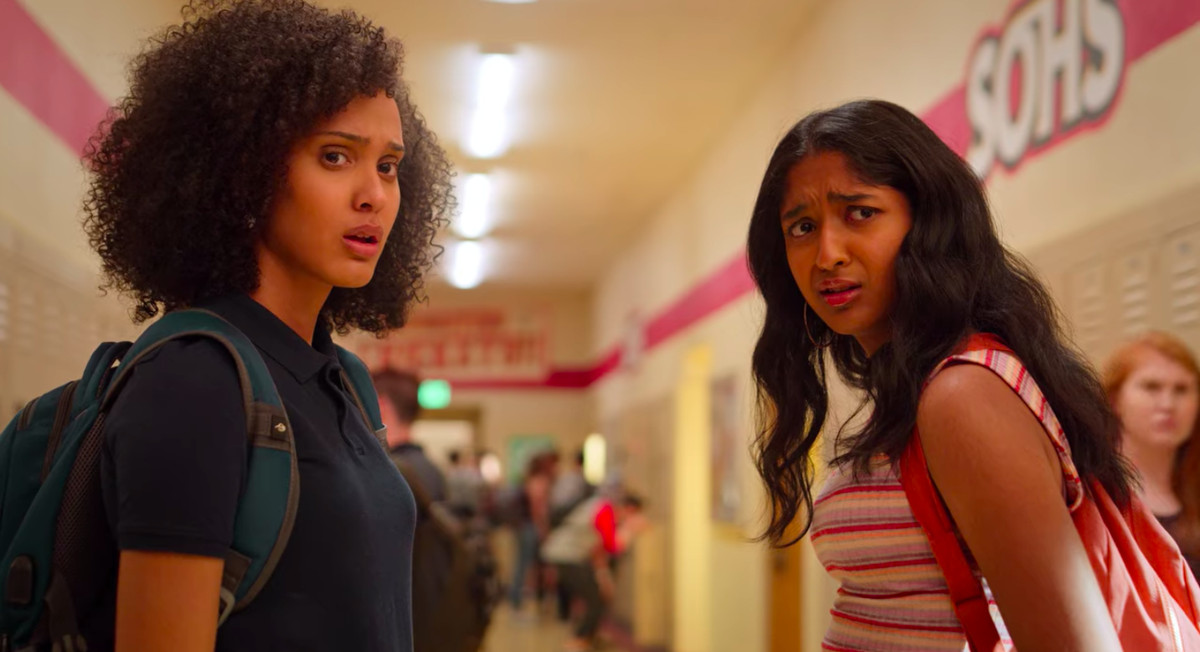 If you told everyone exactly how high school would play out, odds are many would opt the hell out. High school in America is a bizarre and unkind time, a collective coming-of-age story that has as much room for variety as there are people who go through it. Never Have I Ever, a new Netflix sitcom from The Mindy Project creator Mindy Kaling and Lang Fisher, takes the broad strokes of high school and gives them new life by centering its story on an Indian-American girl. It’s an absolute delight, one of the most pleasant new binge-watches you can do right now.

That doesn’t mean the show is all sunshine — Never Have I Ever begins with a tragedy when protagonist Devi Vishwakumar’s (Maitreyi Ramakrishnan) father Mohan (Sendhil Ramamurthy) suddenly dies, and shortly after, Devi inexplicably loses the use of her legs. (This is all in the first few minutes). As Devi is starting to get used to life without her father and with her disability, her mobility returns, just as curiously as it left. Never Have I Ever is the story of Devi’s attempt to return to a normal life, and Devi wants to return with a bang — literally, by losing her virginity to Paxton Hall-Yoshida (Darren Barnet) the hottest boy in school.

Perhaps this might not strike you as a healthy thing for someone, real or fictional, to do. That would be the point: Never Have I Ever isn’t just an Indian-American take on the coming-of-age story, but also a story that takes teen rom-com tropes and turns them into a vehicle for exploring grief. None of this ever takes a backseat to Never Have I Ever’s comedy or its earnest, empathetic storytelling. The show strives to keep its stakes small and focused on Devi and her friends and family, but they’re surrounded by a cast of friends and family diverse and interesting enough to support a much bigger show.

While each character can’t have a subplot of their own, they’re all afforded the potential for depth. Every character is going through something, experiencing their foundational traumas in real time. The central conflict of the show is Devi’s inability to see this, slowly realizing that the process of dealing with her own extraordinary grief blinds her to what others are experiencing, and that dealing with that grief poorly can also cost her the connections that will help her move on.

Again: Never Have I Ever is also a very good comedy that consistently delights. There’s clever and fun narration from tennis superstar John McEnroe (there’s a reason for this); a bright, danceable soundtrack that prominently features Robyn’s “Dancing On My Own” in the pilot and stays in that sonic milieu throughout; and it features a cast of wonderfully charismatic young actors. Never Have I Ever feels like what would have been a cult favorite in a previous generation of television, a Freaks and Geeks-style one-season wonder. But times are very different now, and an Indian-American lead is a refreshing change for this type of show — especially one that might last.