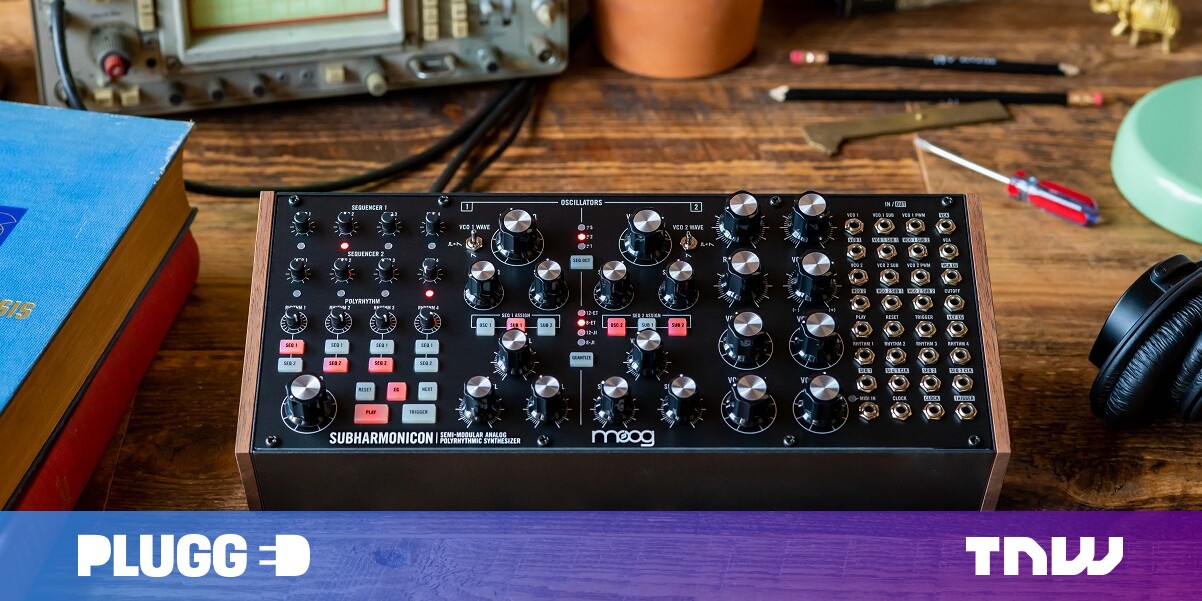 Basically, the Subharmonicon is like a kaleidoscope for your ears. On its own, it’s a synthesizer featuring the classic Moog sounds. We’re talking the thrumming, throbbing bass and sweeping warbles that defined decades of synth sounds, but with enough modern twists to merit the new unit.

What’s special about the Subharmonicon is that it was inspired by two pieces of vintage synthesizer gear, the wacky Trautonium and Leon Theremin’s Rhythmicon.

The end result is something that’s familiar while still sounding delightfully new. According to Moog:

Subharmonicon is a semi-modular polyrhythmic analog synthesizer that employs a 6-tone sound engine and multi-layered clock generator to explore the world of subharmonics, polyrhythms, and the unique relationships they create.

The Subharmonicon is part of Moog’s Mother line. In fact, it’s designed to the same specifications as the popular Mother-32 and DFAM machines. And, based on some early videos, it works magnificently in tandem as a trio:

If you’re already a synth-head, you know what you’re getting here. The Subharmonicon brings a lot of innovation to the table and, basically, it’s going to be your new music doodler. This isn’t a beat-machine or soft-synth that you quickly program for backing tracks. Don’t get me wrong, you could do that, but the beauty of the Subharmonicon is that it’s meant for letting the creative process unfold. As Moog puts it, it’s “equally suited for losing oneself and simultaneously finding oneself.”

You can pick yours up at Sweetwater here for $699, or check Moog‘s website to see if there’s a local dealer near you.