Motorola One Fusion Plus with Snapdragon 730G launched India 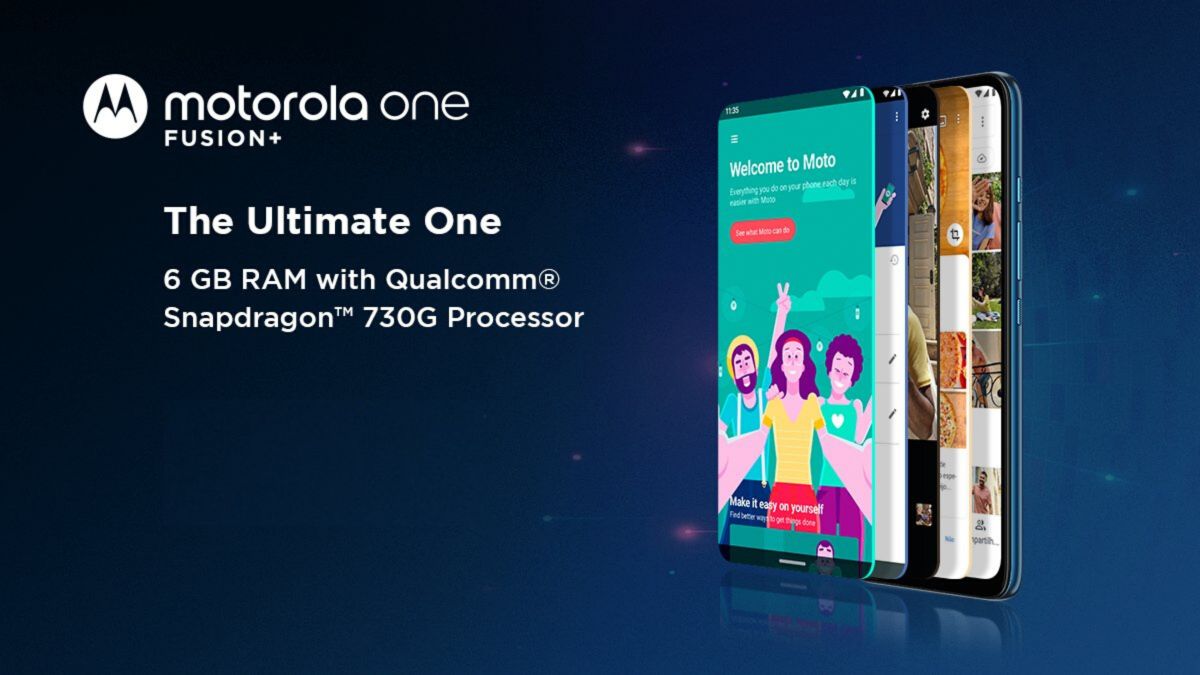 Motorola One series is one of the fastest-growing series from the Lenovo-owned brand, Motorola. Today, the company has added yet another device to the same with Motorola One Fusion Plus, which comes with impressive on-paper specs and aggressive pricing.

The device was recently spotted on the YouTube device report and unveiled a week ago in Europe. However, the India variant gets an upgrade. Instead of the Snapdragon 730 processor, the device is powered by the Snapdragon 730G SoC gaming chipset, which comes with 15% better graphics performance.

The upgrade is not just limited to the chipset, but the device is also priced better in the Indian market. This is a good sign that Motorola is finally looking to improve its standing in a market where rival brands such as OnePlus and Oppo have woken up to the price sensitivity.

Motorola One Fusion Plus Specs

The device is powered by Qualcomm Snapdragon 730G chipset clocked at 2.2GHz along with Adreno 618 GPU. The device is available only in one variant with 6GB RAM and 128GB variant. You get a 6.5-inch Full HD+ IPS TFT LCD panel with a resolution of 2,340×1,080 pixel and 19.5:9 aspect ratio. The display is also capable of streaming HDR10 content. It runs on Android 10 OS and features Moto display and Moto actions like Quick capture,three-finger screenshot, screenshot toolkit, flip for DND, Pick up to silence, and Media controls.

Coming down to the optics bit, the Motorola Fusion Plus houses a quad-camera array 64MP f/1.8 primary camera, an 8MP ultra-wide camera followed by a 5MP macro and aa 2MP depth sensor. At the front, you get a 16MP primary sensor and a 4MP secondary camera. The rear camera comes with support for EIS also.

It is packed with a 5000mAh battery with 15W fast charging and Type-C port for charging. It also gets a dedicated Google Assistant button. Other features include a 3.5mm headphone jack, Bluetooth 5.0, and dual-band Wi-Fi. It is available in two colour options: Moonlight White and Twilight Blue.

The Motorola One Fusion Plus is priced at Rs 16,999. It will go on sale from June 24 on Flipkart. With this aggressive pricing, Motorola will take on the Poco X2, Redmi Note 9 Pro Max, and Realme 6 Pro.

Buy Motorola One Fusion Plus on Flipkart