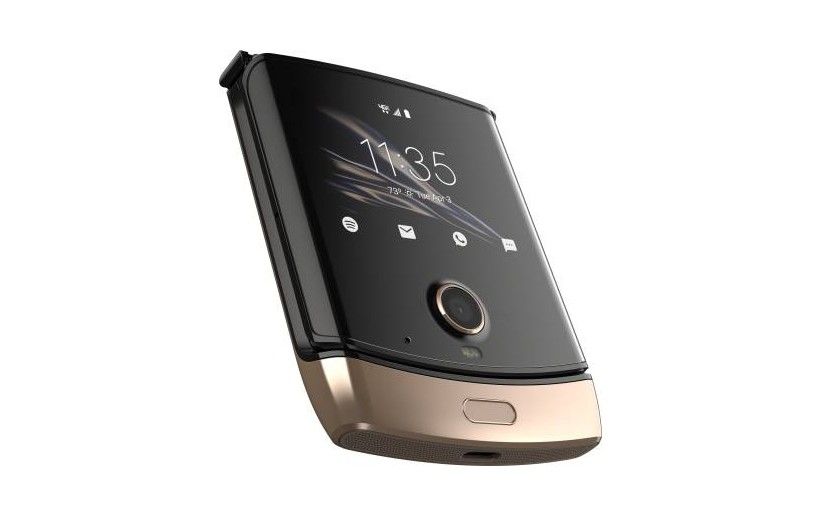 The Motorola Razr is a competitor to the Galaxy Z Flip and even though it doesn’t offer the high-end internals available in the former, it has the oomph factor with a more exquisite design and also the nostalgia factor associated with it that makes it stand out. The Gold colour will only make it more attractive. It’s a matte finish and it covers the back with a dotted texture and the chin. The camera also has a nice Gold ring which adds a nice touch to it. The rest of the phone including the front is still Black.

Another thing that stands out is the price. The Razr, with its mid-range specifications, isn’t exactly cheap. It costs Rs 1,24,999. It’s available in only a single variant – 6 GB RAM + 128 GB ROM. The Galaxy Z Flip, on the other hand, costs Rs 1,15,999 with 8GB RAM and 256GB ROM and has better internals. Current offers on the handset include a Rs 10,000 cash back with Citibank Cards as well as 5% off on Flipkart Axis Bank Credit Card.

The Motorola Razr has a flexible 6.2-inch OLED display and a hinge mechanism that has been the talking point of the phone ever since its launch. Thanks to it the crease, which is very obvious on most foldables, is almost non-existent to the eye. Another area where the Razr trumps the Z Flip is its big  2.6-inch Quick View outer display.

With the new Android 10 update, that outer display got much more useful. It can now be used text people, make calls, access shortcuts, or just work as a viewfinder. It is powered by the Snapdragon 710 SoC and a modest 2,510mAh battery.