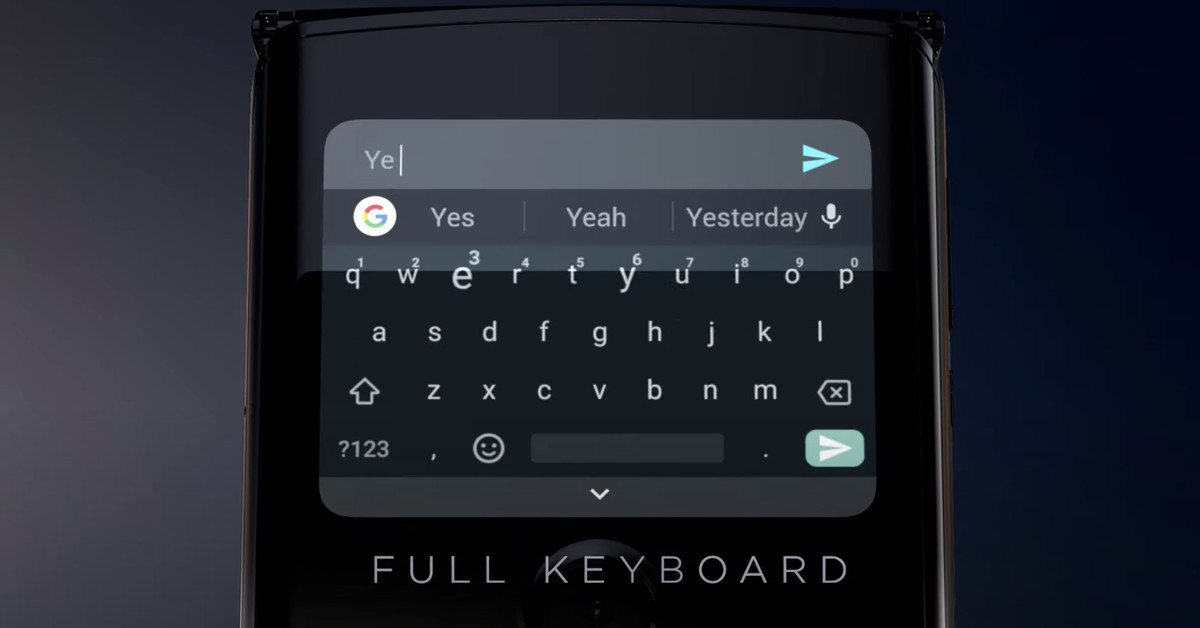 Motorola is rolling out the Android 10 update for the foldable Razr and adding a host of new features for the external “Quick View” display and some new visual customization options for icons.

The bulk of the changes are in new features for the external display, which can now display Google Maps directions even when the phone is closed, do video calls using the main camera (which is still not great, but is better than the internal one), and respond to text messages with a full keyboard (instead of the canned responses it had previously offered). There are also better music controls and new swiping gestures to quickly access your favorite contacts or the camera.

Also new in the update are better customization options with new themes — a feature Motorola added to its software with the recently released Motorola Edge Plus — that allows for changing the style of icons, fonts, and colors for the Android OS.

Unfortunately, none of these additions can help with the larger issues plaguing the Razr, like the extremely high $1,500 price, the unreliable folding display, concerns about long-term durability, poor camera, or lackluster battery life.

Motorola also promised in today’s announcement that the Razr will get a second Android OS update (to Android 11) sometime in the future — good news for anyone who actually bought one.