My Week of Radical Transparency at a Chinese Business Seminar 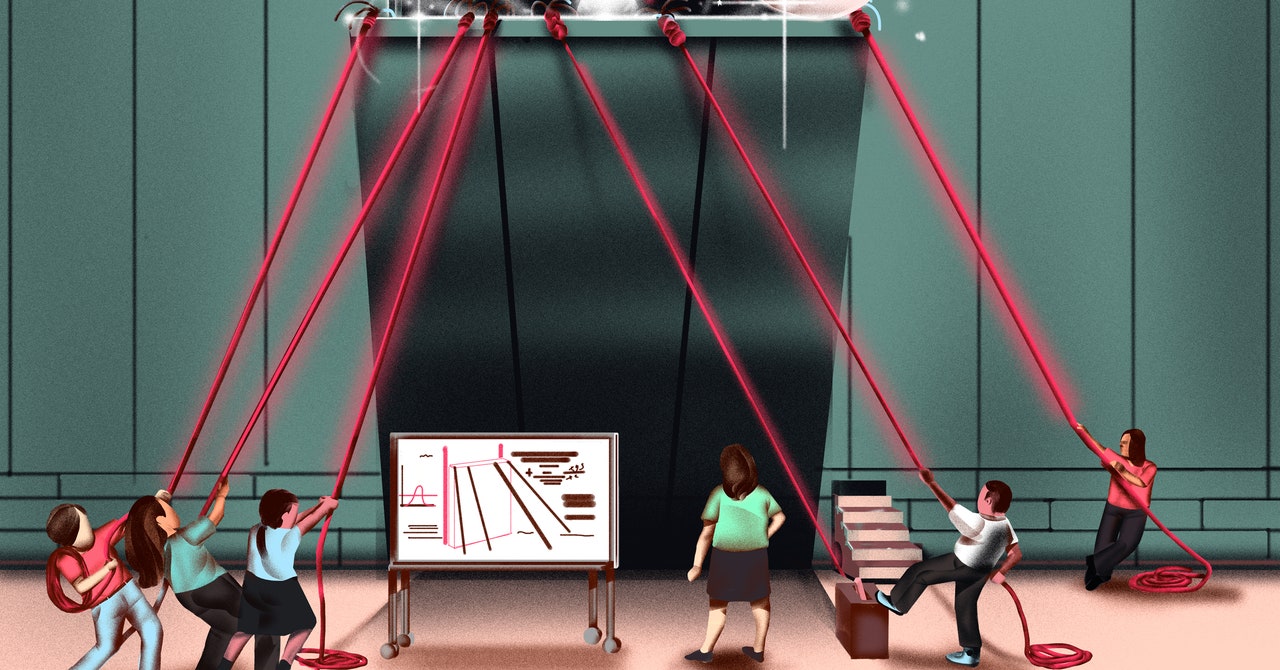 This was not what I wanted to hear. “I feel like I’ve worked so hard to convince myself that I don’t need to care about others’ expectations,” I told her in front of the class that afternoon. “And now I feel like it was all a delusion.”

By now I was crying, great heaving sobs that seemed to have come out of nowhere. When I looked up, I saw a sea of friendly, albeit slightly baffled faces. One of the teaching assistants gave me a pack of tissues. Hu, the health care entrepreneur, said, “You know, none of us really care that much.” I nodded, sniffling. I knew that intellectually, but deep down, I had bought into the market-based model perhaps even more than the actual Chinese people in the room.

Gu spoke often of finding a happy equilibrium between your relationship with yourself and your relationship with others. I leaned too far in one direction—seeking consensus and being hyperaware of how people perceived me. Chen, Gu said, had leaned too hard in the other. It was a hard balance to strike. Chen’s stated goal for the class was to become less dominant in groups. But then, at moments, when she excitedly tried to interject into the conersation and Gu would shush her, that often felt like an abnegation of herself.

Like many American-born Chinese, I spent my childhood and adolescence holding my Chinese heritage in slight disdain. When I was in elementary and middle school, our trips to see the grandparents in Nanjing and Shanghai meant a number of physical inconveniences—air pollution, mosquitoes, dirty hospitals, squat toilets. Later on, as China developed, we saw its particular combination of gaudy consumerism and political centralization as gauche. My younger sister and I made fun of the fake Louis Vuitton bags, the sun umbrellas, the transactional nature of romantic relationships. We also viewed the government with suspicion. Our schools had taught us that liberal democracy is the only legitimate form of government, that anything else was evil and doomed to fail. We were haughty in our moral superiority.

Yet China didn’t fail. It thrived. During my childhood and early adulthood, China transformed from a backwater to a global superpower. Per capita GDP grew from less than $400 in the early 1990s to roughly $10,000 today. Poverty (defined as living on $1.90 a day) fell from 30 percent to less than 2 percent, according to the World Bank. In the 1970s, my dad’s family was considered well-to-do, because they had two bicycles and a sewing machine. Today, an upper-middle-class young person owns a late-model mobile phone, enjoys craft cocktails at clubs where international DJs spin tunes, and vacations abroad. It’s clear to me why some Chinese people accept the trade that many in the West consider Faustian—economic prosperity for freedom.

When my parents first came to North America in the late ’80s for graduate school, there was never a doubt that they would try to stay. Going back was considered a shameful failure. Today, while Chinese students paying full tuition still fill seats in master’s programs in the US, their experience suggests something more akin to the grand tours that upper-class Americans undertook in Europe in the 19th century. In 2017, eight in 10 Chinese students studying abroad returned after graduation, according to Quartz, up from just one in 10 in 2002. These repatriates, called “sea turtles,” have made a simple calculus: If they stay in the US, they can get stable but faceless jobs at Ernst & Young or Microsoft. Even if they find exciting positions, they have to contend with hostile immigration policies and a bamboo ceiling. Or they can go home to more dynamic career prospects and apartments and restaurants that are just as nice as those in New York or San Francisco.

One would think that all these sea turtles, educated or at least exposed to the democratic tradition, would chafe under restrictions to speech, press, and assembly. Yet the impression I got at Zhen Academy, where roughly half of the class had spent some time abroad, and from talking to Chinese friends in the US, was the opposite. Some students, particularly from privileged classes, “come to this country and see how democracy works, and they actually become disenchanted,” says Yuhua Wang, a professor of political science at Harvard. “Part of the reason is that they see the problems, the inefficiencies, the gridlock of democracy. Back in China, everything seems to work very smoothly, because there’s a very strong party.”