Need a book recommendation? Here are 9 recent releases we loved. 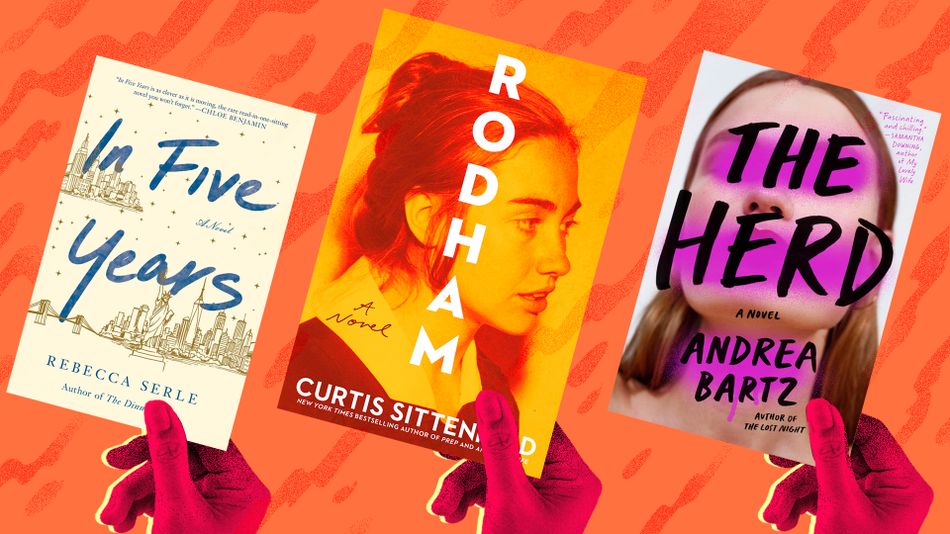 All products featured here are independently selected by our editors and writers.If you buy something through links on our site, Mashable may earn an affiliate commission.
By Erin Strecker2020-05-18 00:00:00 UTC

You can’t go wrong with a Netflix binge these days. But for those looking to add some books to their self-isolating downtime, we rounded up some of our recent favorite reads, along with a little guide about which one may be right for you.

We’ve got love stories and historical fanfic, eerie thrillers and moving memoirs. It’s simple, really: These are just nine new books I loved. I hope you will, too.

I’ve spent more time thinking about this novel than just about any book I’ve ever read. Everyone should make time to read this disturbing, thoughtful tale (and then, to be clear, @ me, because I just keep wanting to talk about it!). This heartbreaking story centers on a young woman who has a dark secret: For years, since she was a young teen, she’s been having a relationship with her high school English teacher. What seems a clear-cut case of abuse is more complicated in Vanessa’s own mind, where she considers this a misunderstood love story. When more victims come forward years later amongst the #MeToo movement, she has the challenging task of having to recontextualize her life, and wonder how much of a victim she really may have been.

2. …know Clueless is your favorite version of Emma: Anna K by Jenny Lee

Anna K holds the rare honor of me exclaiming, out loud, to no one, “This is so delightful!” Happily, you don’t need to be a Russian scholar to enjoy this take on Anna Karenina. This version of the doomed love triangle grafts it onto upper-class Gen Z in Manhattan. Think Gossip Girl mixed with the multiple perspectives and dishy satire of Crazy Rich Asians — combined with, you know, Tolstoy. As this book explicitly states: “Every happy teenage girl is the same, while every unhappy teenage girl is miserable in her own special way.” <3

3. …love reading a book before it becomes a movie: In Five Years by Rebecca Serle

What would you do if you suddenly fast-forwarded five years in the future, could see your life (including a mystery man who is decidedly not your current fiancé!), and then went back just a few moments later to the present day? That’s what happens to Dannie, who subsequently is determined to ignore her unexplainable experience — but of course, that soon becomes impossible when said mystery man of her dreams (future?) shows up in her real life. I love books that are secretly about female friendship, not romance, and this sweet, heartbreaking charmer certainly fits the bill. You’ll be texting your best friend chapter by chapter, revelation by revelation. Devouring this charged romance of sorts, I could easily picture it on the big screen starring Anna Kendrick or Alison Brie — you heard it here first.

When her teenage sister goes missing and is killed at a Caribbean resort, 7-year-old Claire is obviously left with a million questions. As an adult, the what-ifs plague her, but a chance meeting with a stranger from the island as an adult sends her down a path of seeking answers about a mysterious woman whom she maybe didn’t know as well as she thought. Eerie and complex, the shifting perspectives will certainly keep you intrigued until the very end.

5. …crave some social commentary: Such a Fun Age by Kiley Reid

This Reese Witherspoon Book Club pick is the kind of thing that seems destined to be a Reese Witherspoon prestige show at some point: There’s a clueless white woman who may “mean well” but also has questionable motives; an “outsider” of some kind to an upper-crust world, and plenty of secrets and misunderstandings. Reid’s debut novel — focusing on the complicated relationship between a young black babysitter and the white mother of the girl in her care — will have you smirking and cringing in equal measure. You’ll tear through it in a day!

Followers is a great novel to read in these trying times because it’s about an apocalypse, but not a virus-driven one. Rather, the drama in this story stems from our influencer-obsessed culture. The narrative weaves through an eerily-relatable present and a future that is scary precisely because it doesn’t seem too far-fetched. Followers grips you from the start and will keep you reading — and at over 400 pages, that’s perfect for filling that self-quarantine time. — Culture Reporter Anna Iovine

7. …have a lot of Hillary Clinton feelings: Rodham by Curtis Sittenfeld (out May 19)

The author of American Wife (also a great read) made a name for herself imagining the inner world of an American First Lady. Here, she turns a thought experiment into a compulsively readable alt future that begins with a provocative question: What if Hillary Rodham had turned down Bill Clinton’s marriage proposal? This novel illuminates how our choices make us who we are, and while some parts read a little fanfic-y, have your highlighter ready: There are plenty of passages about the impossible no-win hurdles women must go through in the public eye that you’ll want to pass around your group text as you once again imagine what could have been.

It’s not the ideal time to be releasing a book during a global pandemic, but the hardcover copies of Missed Translations arrived this morning and I am…very excited to finally hold the result of 2+ years of work in my hands. It’s a bleak time, but this feels cool. pic.twitter.com/ukjQZwWIkq

When I first met New York Times writer Sopan Deb in 2015 (and now, full disclosure, consider him a friend), one thing became immediately clear: Despite the fact that we were both Indian American journalists and even had roots in the same Indian city (Kolkata), we had vastly, shockingly different relationships to our history and culture. Missed Translations is the story of Deb going to India in 2018 and seeing his father after over a decade, of his reconnecting with his mother after years of silence — not due to any particular cataclysm, but because they had simply grown apart and couldn’t bridge the gap. It’s compulsively readable, heartbreaking, and funny, and will make you want to call your parents. — Entertainment Reporter Proma Khosla


9. …would enjoy a maybe-murder mystery, thanks: The Herd by Andrea Bartz

Are you familiar with The Wing? Bartz certainly is, and it’s that send up and interrogation of the famous women’s co-working space that makes The Herd so deliciously fun. When the founder of a buzzy start up goes missing, her friends are determined to find out what happened to her — even if it means revisiting some long-buried secrets from the past. Sharp and thoughtful with the perfect amount of darkness bubbling under the surface, this is a great one when you just want to lose a weekend to tearing through a novel and blocking out the rest of the world.

Vacancy. Done. One potential solution is to pay for these missed opportunities through voluntary and offset carbon markets.